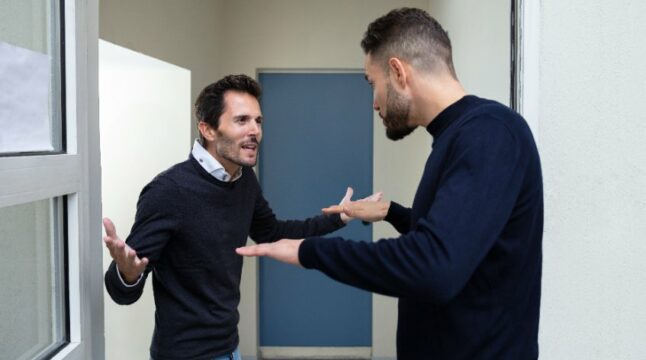 Does Ethereum Face a PoW Fork in the Road Before its Merge?

With a hard fork of the Ethereum network being touted after its upcoming merge, several companies have offered support for the PoS layer.

The upcoming merge of the Ethereum network, which will see it transition into a Proof-of-Stake (PoS) consensus mechanism, continues to divide opinions. With the merge scheduled for the second half of September, experts fear a civil war on the network will ensue if all goes to plan.

Consequently, the divide has led to several prominent companies pitching their tents with the PoS network. Also, other companies have come out to show support for the hard fork proof-of-work (PoW) network, which experts believe would like happen after the merge. Meanwhile, the hype over the upcoming event has seen outperform Bitcoin as Ethereum’s open interests surged to $7 billion as investors bet on the merge.

Circle and Chainlink, two prominent companies within the digital asset ecosystem, have aligned themselves with the decision of the Ethereum Foundation and its community. In an official statement, the chainlink protocol revealed it would continue to run its services on the Ethereum network post-merge. Accordingly, forked versions of the Ethereum blockchain, including PoW forks, will no longer be supported by the Chainlink protocol post-Merge.

Similarly, Circle, the company which issues the USDC stablecoin, has thrown its weight behind the upcoming merge. The company stated it was excited about the future scaling opportunities it would provide and its reduced energy consumption profile. Consequently, it intended to fully and solely support the Ethereum PoS chain after the merge. The statement read:

“As Ethereum approaches “The Merge” event, we are excited about the future scaling opportunities it unlocks as well as the reduced energy consumption profile of the network. USDC is the largest dollar-backed stablecoin issued on Ethereum, and, as the issuer of USDC, Circle intends to fully and solely support the Ethereum proof of stake (PoS) chain post-merge.”

The actions of these companies seem to echo the sentiment of Ethereum co-founder Vitalik Buterin, who downplayed the impact of a hard fork. Speaking at the developer event ETH Seoul last weekend, he said he did not expect Ethereum to be significantly harmed by another fork.

Furthermore, Buterin remarked that supporters of the PoW consensus mechanism had migrated to Ethereum classic when it launched in 2016. He said this is because they knew that the Ethereum blockchain would eventually shift to a PoS while the Ethereum classic would not. Despite his bullish stance, advocates of a hard fork have continued to grow.

The upcoming Ethereum merge has seen significant opposition from several industry participants and heavyweight. Many of them believe that the PoS Ethereum would make the network less secure and vulnerable to breaches. Meanwhile, it would also replace miners with validators, potentially signaling an end to income earned by miners.

Consequently, prominent Chinese miner, Chandler Guo has led agitations for the creation of a PoW hard fork if the merge occurs. This, he believes, will enable Ethereum miners to continue to earn income without being left stranded with potentially useless specialized hardware

Several exchanges, including Bitmex, Poloniex, and Okx, have all come out to offer support for the PoW Ethereum hard fork. Bitmex announced it would launch a Tether-margined ETHPoW futures contract on August 9, giving its customers exposure to ETHPOW with up to 2x leverage. Poloniex, backed by Justin Sun, said they would support and list all potential hard fork tokens.

Furthermore, Sun, the founder of the Tron Network, has come out in favor of a potential fork. He promised support for developing the existing Ethereum network following the merge. He made this pledge in response to Poloniex’s tweet regarding their support for hard fork tokens.

As it is, the possibility of a hard fork remains high, with the proposal for it seeing significant backing already. However, the existence of the Ethereum classic offers a potentially suitable option for miners to migrate to. Meanwhile, the likes of USDC and Chainlink supporting the PoS merge also throw another spanner in the works for the Ethereum PoW agitators. With a month still to go before the merge, interested parties would need to keep their fingers crossed regarding all possible outcomes.

Do you think the PoW Ethereum hard fork would go live and challenge the PoS network once the merge is complete? Let us know your thoughts in the comments below.