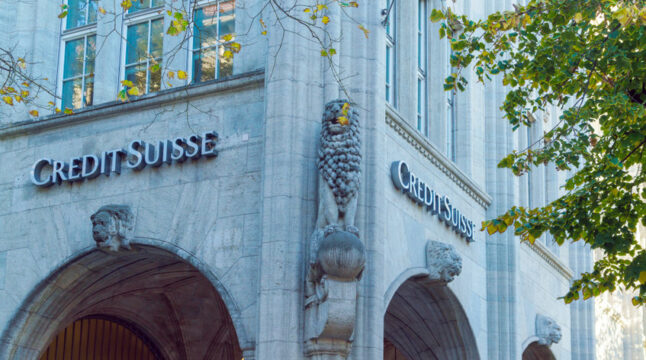 Credit Suisse has engaged in illicit activities despite repeated pledges over decades to remove questionable clients and illicit funds.

A recent leak has exposed that Credit Suisse, one of the world’s largest financial services companies based in Switzerland, provided services for clients who were involved in various forms of crimes. Cumulatively, the bank facilitated the transfer of over $100 billion for these clients.

Meanwhile, two fraudsters who held the private keys to $4.5 billion worth of stolen cryptocurrency from the Bitfinex hack were arrested two weeks ago. It is particularly interesting that detractors usually claim crypto is mainly used for illegal activities, while these two stories proved otherwise: laundering cash is seemingly easier than laundering crypto.

Over a year ago, a self-proclaimed whistle-blower anonymously leaked data about more than 18,000 Credit Suisse bank accounts to Süddeutsche Zeitung, a German media outlet. Subsequently, the Organised Crime and Corruption Reporting Project (OCCRP), a consortium of 47 media including The New York Times, Le Monde, and The Guardian started investigating the matter.

The leaked data concerns over 18,000 bank accounts hosted between the 1940s to late 2010s. The accounts belong to 37,000 people or companies, worth more than $100 billion (€88 billion), of which at least $8 billion has been proved to link to clients identified as problematic.

The bank’s “problematic” clients include “a human trafficker in the Philippines, a Hong Kong stock exchange boss jailed for bribery, a billionaire who ordered the murder of his Lebanese pop star girlfriend, and executives who looted Venezuela’s state oil company, as well as corrupt politicians from Egypt to Ukraine,” The Guardian reported.

Ronald Li Fook-shiu, the founder and former chairman of the Stock Exchange of Hong Kong who was arrested twice for bribery, is one of Credit Suisse’s notorious clients. Other notable examples are Rodoljub Radulović (a Serbian securities fraudster), Stefan Sederholm (a Swedish computer technician charged with human trafficking), and the corrupt Philippine dictator Ferdinand Marcos, among others.

Cryptocurrency Not a Safe Haven for Illicit Funds Anymore

Historically, banks have been engaging in various forms of illegal activities despite all the regulations. Back in 2020, it was revealed that the American bank Goldman Sachs was conspiring to launder money stolen in the Malaysian 1MDB scandal — a globe-spanning fraud that saw billions looted from the Malaysian fund. For its role in the scandal, the bank was fined more than $5 billion.

Just this week, it was also revealed that a drug ring, headed by the former Bulgarian wrestler Banev, laundered around $158 million through Credit Suisse, including large sums of cash in suitcases, between 2004 and 2008.

All these leaks point to widespread failures of due diligence by world banks, which are considered as the superior financial system by the regulators. It also suggests that banks continue engaging in illegal activities despite repeated pledges to weed out illicit funds.

In a note, the Credit Suisse whistle-blower said:

“I believe that Swiss banking secrecy laws are immoral. The pretext of protecting financial privacy is merely a fig leaf covering the shameful role of Swiss banks as collaborators of tax evaders.”

On the contrary, laundering money via crypto is more difficult given that all transactions are recorded on public blockchains, which are accessible to everyone. Unlike banks, which can keep transactions confidential, there is no way to hide transactions on blockchains. However, the media often tends to misrepresent these differences.

“Today’s arrests, and the department’s largest financial seizure ever, show that cryptocurrency is not a safe haven for criminals. In a futile effort to maintain digital anonymity, the defendants laundered stolen funds through a labyrinth of cryptocurrency transactions. Thanks to the meticulous work of law enforcement, the department once again showed how it can and will follow the money, no matter what form it takes.”

Furthermore, the usage of crypto in illicit activities is anticipated to further decline as soon as proper regulation is introduced.

Do you think crypto is easier to launder than cash? Let us know in the comments below.