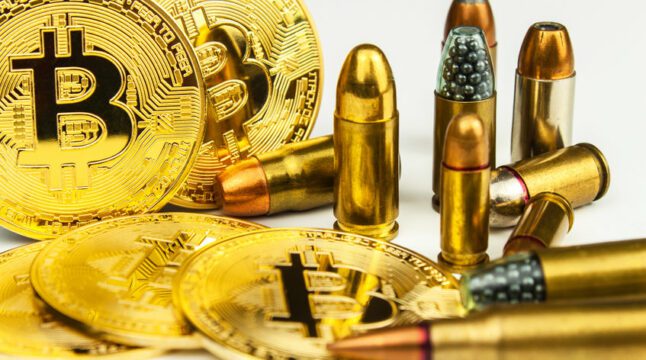 Blockchain, it seems, is largely unsuitable for terroist organizations due to its transparancy and traceability.

Narratives can be hugely important in how the wider public perceives assets such as cryptocurrencies. For a long time, there was the perception that Bitcoin was largely used by criminals, bad actors, and Silk Road users. This spread FUD (fear, uncertainty, and doubt) which consequently worked to lower crypto adoption and instead led people to established investment tracks. Coinbase’s Special Investigations report has found that only 1% of major blockchain transactions are involved in criminal activity – and that just 0.05% are involved in financing terror.

To further bring clarity to attaching bad things to crypto, we take an overview of Coinbase’s findings when it comes to using Bitcoin for terrorist financing, which is another traditional attack vector.

Following its recent debacle with the SEC, which led Coinbase to abandon its anticipated lending service program, the publicly traded exchange published a report on the use of cryptocurrencies in financing international terrorism. After the Taliban recaptured Afghanistan, The Tokenist published a personal story of what it looks like to be cut off from international payment services and rely solely on crypto for survival.

However, this cuts both ways. Those organizations that the West deems as terroristic can also resort to crypto to finance their operations. Coinbase labeled these as TF (terrorist funded), entirely originating from the Middle East.

As you can see from the chart, the organization that adopted blockchain finance the most is the Palestinian Hamas – the only one crossing the $500,000 threshold. However, none of them approach the relatively modest sum of $1 million, which would be 0.0001% of Bitcoin’s current market cap of $839 billion, or 0.05% of illicit crypto activity. Interestingly, Hamas was first legally elected in 2006 under EU supervision but has since lost international support.

Additionally, the Coinbase Special Investigations team found that terrorist funding doesn’t increase over time. Instead, it has spikes at the height of geo-political turmoil. Specifically, after December 2020, ISIS-related funding effectively vanished, along with Al-Qaeda-related operations.

Altogether, this puts to rest the common trope of the financial/political media establishment that Bitcoin is “dangerous” and “dark”. The report studied transactions involving BTC, ETH, LTC, BCH, and XRP. This means privacy coins, such as Monero (XRM) are not accounted for.

Either way, the link between the major cryptocurrencies and terrorist finance remains too intangible to be taken seriously, as was reported three years ago by Forbes. This may be the main reason why we are seeing a shift in the narrative lately – from criminality and terrorism to energy consumption for mining and the risks of cryptos being “highly speculative assets”.

The Importance of Pretext to Further Different Agendas

Those who have followed crypto space for at least a year are the most likely to notice a recurring pattern. People with power are often accused of using those levers of power to maintain their position.

Then, they are able to use the pretext as an attack vector. When it comes to the financial establishment, we have seen certain narratives surrounding Bitcoin occurring repeatedly:

Whether it’s coming from central bank presidents, regulatory agencies, or senators, duplicitous rhetoric also extends to action as well. For instance, the only reason the sneaked-in crypto amendment made it into the infrastructure bill was due to Senator Richard Shelby’s last-minute pork-barrel addition.

Although a technically apt comparison because both tokens represent a fixed value, Gensler embedded the comparison within gambling. In turn, gambling resides in the realm of pure speculation based on chance, thus portraying digital assets as similar to this.

What is the worst example you have seen of using a pretext to further some other agenda? Let us know in the comments below.