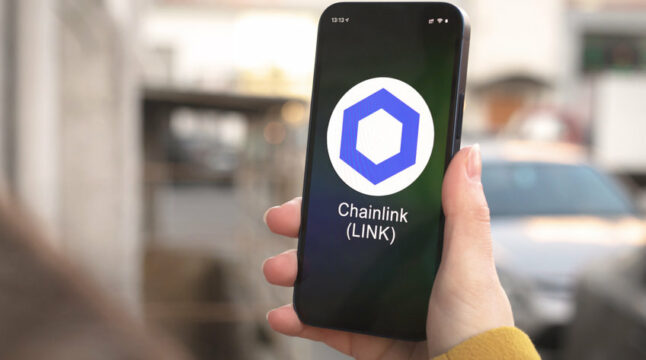 Chainlink 2.0 Will Implement Staking: Here’s How it Works

Chainlink 2.0 will allow staking LINK in a bid to improve growth and security of the network.

Chainlink, the decentralized oracle network that enables blockchain platforms to securely interact with external data, has unveiled plans to implement staking. According to the protocol, the rollout of staking marks a pivotal moment for the project and the birth of Chainlink Economics 2.0—a new era in Chainlink’s long-term security and network economics.

Chainlink to Usher in a New Era with Staking

In a recent blog post, Chainlink announced that it would implement staking in a bid to further improve the security of the protocol. The project detailed that staking would bring a new layer of “cryptoeconomic security” to Chainlink by providing network participants with rewards and penalties to help further incentivize the network’s proper operation.

The Chainlink staking mechanism was first outlined in the Chainlink 2.0 Whitepaper in April 2021. At the time, the paper noted that Chainlink 2.0 will enable the creation of hybrid smart contracts, which can access off-chain resources. And to maximize the cost of attack and create a robust security model for Decentralized Oracle Networks (DONs), the paper introduced staking.

Chainlink’s staking model would reward nodes based on two factors: reputation and deposit. In simple words, the model would further reward nodes with the best reputation based on their history of accurate, low-latency performance. It will also allow these nodes to make larger deposits and thus gain a greater stake in the security of the Chainlink network.

“The overarching mission of Chainlink staking is to give ecosystem participants, including node operators and community members, the ability to increase the security guarantees and user assurances of oracle services by backing them with staked LINK tokens.”

Aside from increasing security, the staking mechanism will help further decentralize the Chainlink Network. That is because a greater number of community members would participate in the network by staking their LINK tokens, which can also improve monitoring and alerting.

The obvious benefit of staking is the creation of passive income. In the case of Chainlink, there will be various sources of rewards provided to stakers. The first source of reward will be native token emissions from the LINK token supply. This revenue stream will taper off over time as other sources of rewards grow.

For now, the second source of revenue for LINK stakers is a portion of user service fees paid by sponsors of Chainlink oracle services. However, in the future, other sources like the Partner Growth Program (PGP), an initiative where Chainlinked protocols and DAOs provide incentives to accelerate their growth, would also provide revenue for stakers.

The initial implementation of staking, called v0.1, is projected for later this year. The initial staking pool will start with an aggregate size of 25 million LINK tokens and will be capped in size. In terms of rewards, users can expect annualized staking rewards of up to 5% in v0.1.

“The initial staking pool in v0.1 will be capped in size, offering distinct allotments to node operators, community members, and the coordinator of oracle networks. The pool will start with an aggregate size of 25M LINK tokens, with the planned goal of scaling to a pool size of 75M LINK tokens in the months after launch, based on demand.”

Meanwhile, LINK has been rallying on the news that staking is coming. At the time of writing, the coin is trading around $8.41, up by more than 12% over the past 24 hours. Notably, the coin is still down by around 84% compared to its all-time high of $52 recorded in May 2021.

What is your year-end price prediction for Chainlink? Let us know what you think in the comments below.