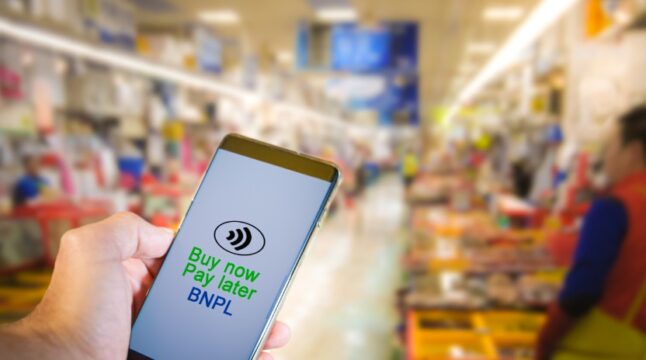 This year’s inflation surge to a 40-year high failed to suppress the iconic Black Friday. Setting a new record of $9.12 billion in sales last Friday, the discount bonanza outperformed last year by 2.3%. However, the structure of that sales record is somewhat different from previous years. The rise in buy-now-pay-later (BNPL) and credit services appears to have neutralized the inflationary pressure.

According to Saturday’s Adobe Analytics data, consumers took advantage of eCommerce this year more than any other. Case in point, Shopify Merchants broke Black Friday records by racking up $3.36 billion in sales. Shoppers fully embraced buy-now-pay-later (BNPL) services such as Zip, Afterpay, Affirm, and PayPal’s Pay-in-4.

In addition to record BNPL orders, the Black Friday week saw a surge in mobile shopping, setting a new record at 48% of all online sales compared to last year’s 44%, according to Salesforce.

A day apart, both Thanksgiving and Black Friday exceeded expectations and broke records, at $5.29 billion and $9.12 billion respectively. Typically, online shoppers don’t spend more than $3 billion per day. This trend is expected to follow through on Cyber Monday, which Adobe forecasts at $11.2 billion, a YoY increase of 5.1%.

Unique to the US, Black Friday marks the beginning of the Christmas shopping season, following the Thanksgiving holiday. The phrase “Black Friday” started to appear in the early 1950s related to workers calling in sick after Thanksgiving, typically to combine the holiday into a 4-day weekend.

Since then, as consumer power grew, workers extended it to shopping sprees and traffic congestions, especially in the late 1970s and early 1980s. The New York Times first acknowledged Black Friday in 1975, one year after inflation hit 11.05%. In 1980, inflation hit a record 13.55%.

One year later, on November 28, 1981, The Philadelphia Inquirer first framed Black Friday as a day when merchants are taking in the year’s profits, going from red (negative) to black (positive) in their accounting books.

Where Can Shoppers Find Price Relief?

In the current macro environment, the NRF forecasted shoppers to spend 6%-8% more than last year, matching up with the inflation of 7.7%. Outside of used vehicle prices dropping by 2.4% from September to October, the only major product category that offered consumer relief is clothing, at 0.7%.

Nonetheless, supply chain disruptions over the last two years, and too many orders carrying over, created an inventory clearance situation. This left plenty of leeways for retail stores to get rid of stock that is no longer in high demand. Adobe Analytics placed clothes, TVs, appliances, and computers in that big discount category.

According to NRF, households earning under $75k should reduce their spending this holiday season, a median of $606. Although fewer in number, households over $150k should compensate for that shortfall with increased spending, at a median of $1,304.

Is the Economy Exiting High Inflation?

Despite the fact that October’s Consumer Price Index (CPI) dropped from 8.2% to 7.7%, the percentage still represents a rate increase. With that said, it appears that inflation is slowly winding down. Year-over-year, Crude Oil (WTI) is now at -3%, which is the sharpest decline since early 2021.

Moreover, global container freight rates, expressed by Freightos Baltic Index (FBX), are at the lowest level since December 2020, dropping down by nearly -300% from last September’s peak of $11,109.

Likewise, housing market prices are falling at the fastest pace since the Great Recession of 2008. However, credit card debt balances jumped by 15% YoY, the largest increase in over twenty years.

“Credit card, mortgage, and auto loan balances continued to increase in the third quarter of 2022 reflecting a combination of robust consumer demand and higher prices,”

Interestingly, the debt delinquency rate is still at a very low level for Q3 2022, at 2.7% of outstanding debt as of September. However, this may change if the unemployment rate keeps increasing. Presently, it is at 3.7% compared to last month’s 3.5%.

With consumer power still strong, do you think the Fed will ramp up interest rates unexpectedly higher to further suppress demand? Let us know in the comments below.