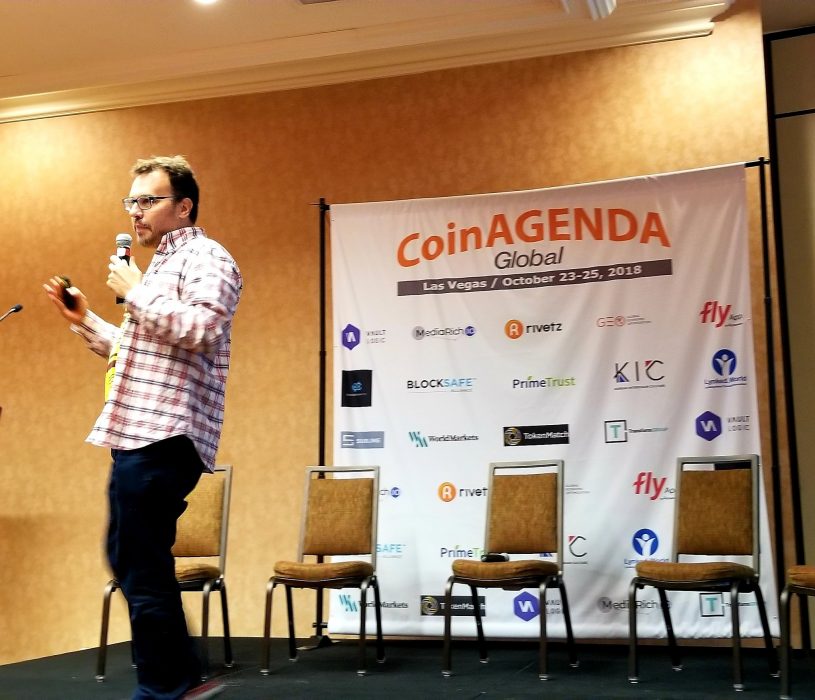 Bruce Fenton is perhaps one of the busiest advocates for the security token industry. He has previously served as the Executive Chairman of the Bitcoin Foundation and holds nothing back when it comes to his support of decentralization.

He’s also the co-author of Ravencoin’s whitepaper— a truly open source, peer-to-peer blockchain network which aims to allow for the transfer of real-world assets from one party to another.

Fenton comes with a lengthy background in the traditional financial securities sector. At the age of 14, he got his first job at a brokerage firm. By 19, he was legally allowed to trade securities. Today, he has 18 years of experience as a stockbroker and general securities principal.

When he says traditional financial securities are outdated, and can reap the benefits of tokenization, his comments are worth a listen. And that’s exactly what many did at the recent CoinAgenda Global Conference in Las Vegas.

No Need of New Regulations for Security Tokens

Many throughout the security token industry are unsure of the current legal classification of ‘security tokens’, and how they differ from traditional securities. This is seen not only in the US, with the SEC, but in Europe with the ESMA as well.

Fenton argues that all of this is unnecessary. Additional regulations which apply specifically to tokenized securities, but not traditional securities, are simply ‘made up’ to make people jump through hoops, says Fenton.

“In reality, security tokens have always been legal, because they are no different from any other kind of security.”

The main idea from Bruce centers around the history of securities. They’ve been legally traded for centuries, and as long as companies continue to follow the required rules, they should be able to issue security tokens as desired.

Why would a company want to issue security tokens? Well, says Fenton, the benefits simply have the potential to change entire industries.

At the conference, Fenton discussed the way in which long-tail platforms— such as YouTube— have helped smaller content creators reach much larger audiences over time. In the same manner, security token issuance can allow for a smaller company or niche business to gain the capital that it otherwise could not access.

“With security tokens, people can buy equity in their local sandwich shop. And because of that, small business can have a better chance at securing longer-term income and overall success.”

Following the conference, Fenton tweeted a short summary of his message to the audience at CoinAgenda Global:

What do you think of the recent comments by Bruce Fenton? Do you agree that no additional regulation is needed for security tokens? Let us know what you think in the comments below.