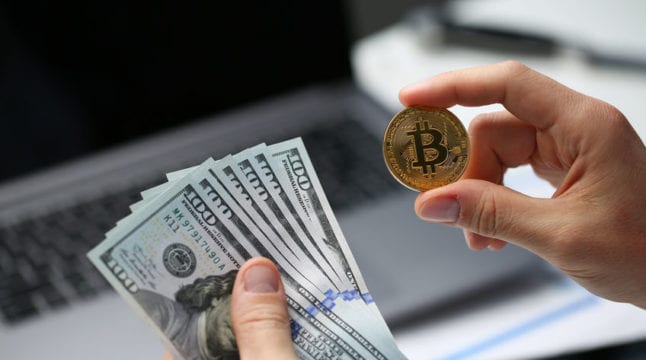 Bitcoin has shot past $18,000, marking another milestone in a remarkable rally. But will it experience a correction?

Bitcoin has had a phenomenal few weeks, jumping nearly 17% over the past seven days alone. It has come a long way from the March 2020 lows of $4,300. This type of swing is typical for the cryptocurrency class, and long-time investors are unlikely to be surprised.

However, Bitcoin’s sudden rally to $18,000 raises some questions. How sustainable is it? Are Bitcoin “whales” aiming to make a profit in the near future? Will this rise look just like the last rise, where Bitcoin quickly dropped in value?

A Bitcoin Rally Different From 2017

Bitcoin has recently crossed the $18,000 mark, a price not seen since 2017. Market enthusiasts will take this as an extremely bullish sign. 2017 was the year of ICO hype, and the losses incurred by new investors left a bitter taste.

Since then, the market has been much slower to reach larger support levels. Most will agree that the 2017 all-time high of nearly $20,000 was a FOMO event. The vast majority of the public had just begun to hear about this new asset and rushed to cash in.

💡 Not sure about digital assets? Learn about Bitcoin investing.

Unfortunately, the rush was clear mania, as Bitcoin peaked in a matter of a few weeks. Many investors came when the cryptocurrency was near the high. Bitcoin crashed not long after, in early 2018, and suddenly many had lost their savings.

Cryptocurrencies were then roundly criticized, both by the public and the investing world. The issue was the mania surrounding Bitcoin, not the asset itself. Bitcoin, which is often touted as digital gold, had experienced the same peaks and troughs on numerous occasions, albeit to lesser degrees.

However, what’s interesting to note is that there are a few differences between 2017 and 2020. The market is in a different environment, both in terms of general network and investment activity.

Is a Correction on the Horizon?

Public search volumes—a strong indicator of public interest—surrounding Bitcoin are much lower than in 2017. Google Trends shows that the search term “Bitcoin” is only 16% of what it was in 2017. This indicates that, at that time, the wider public was jumping in, curious to know more about the asset.

But this time, the public interest seems significantly lower. Where then is the rally coming from? Did the public learn its lesson in 2017?

Generally speaking, most analysts, including Bloomberg, have said that Bitcoin is well on its way to reach the previous ATH. All this by the end of the year, and historically, the rallies have peaked in December. The question is though, is this temporary, and have new support levels been found?

Bitcoin has been on a six-month rally without any true corrections in between. Peter Brandt, a popular trading analyst whose analysis is closely followed, also feels the same way. In a nutshell, a sudden large correction is likely, though a general trend towards a new ATH is imminent.

📈 Looking to trade Bitcoin on the go? See the top stock trading apps, which now offer access to Bitcoin and other cryptocurrencies.

There is uncertainty surrounding Bitcoin’s price, but the general sentiment is optimistic. Investors are more cautious about price predictions—even if some of them make predictions as high as $318K for 2021. The consensus has moved from short-term predictions to long-term fundamental value propositions, and, in that regard, the asset looks strong.

The only outcome that seems inevitable is that Bitcoin’s price is likely to go up in the medium to long-term. Short-term prices fluctuate wildly, but the cryptocurrency has always found new bottoms in the long-term. This has been the case every year since its creation.

In other words, the only key takeaway is that this rally is indicative of new support levels—not new all-time highs. More people are entering the market, and as a result, there will be more “hodlers.” Along with the decrease in reward rate which took place in 2020, this signifies strong outcomes for Bitcoin in the long-term.

Do you think Bitcoin will move past its previous all-time high by the end of 2020? Is the rally merely temporary, or will it hold? Let us know in the comments below.