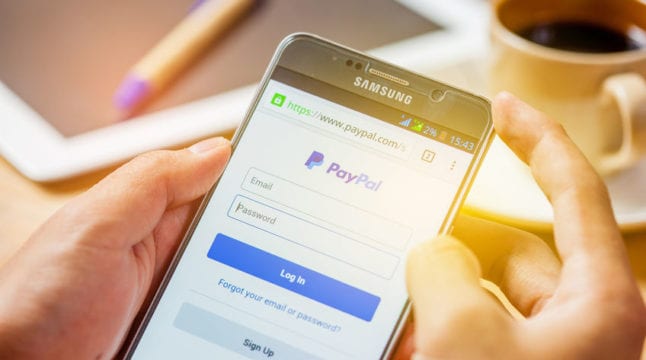 PayPal's giant corporate hand finally takes a hold of Bitcoin. But much more than this suggests a bull run is here.

PayPal’s announcement that its P2P Venmo app will start serving as a BTC wallet marks the cusp of a major shift in Bitcoin’s mass penetration. If there ever was a case to be made for BTC’s bull run, it is here. Besides the major announcement from Bitcoin, there are several other key factors in the recent past that point towards an upwards trajectory.

It has been three years since Bitcoin’s $19,783 peak. Since then, it has gone through many ups and downs, but never managed to break through the $12k wall. Three times this year, BTC was close to breaking through. It turns out, PayPal’s statement earlier today was all it took to push it through the $12k barrier.

Due to this enormous psychological boost, Bitcoin is climbing rapidly, nearing $12.8k at the time of writing. Let us remind ourselves that PayPal is the premier payment processing platform enjoyed by over 346 million accounts. In 2013, PayPal bought Venmo by acquiring Braintree. Since then, Venmo, as a super-intuitive and popular payment app among millennials, managed to gain over 40 million users.

For comparison, the often-lauded PayPal alternative – Stripe – has amassed merely two million users. This is why PayPal’s announcement is such a launching board for Bitcoin’s price. One could hardly have hoped for a better mass adoption-boosting scenario.

Even before today’s Paypal announcement, we have already noted that BTC is set to initiate another bull run. In addition to growing social media sentiment, institutional investors are beginning to see BTC as a bulwark against currency debasement. To that end, Mode Global Holdings PLC, listed on the London Stock Exchange, stated on Wednesday it will diversify its cash reserves with up to 10% in cryptocurrency. Effectively, the firm will treat BTC as a treasury reserve asset.

Moreover, Decentralized Finance (DeFi) exploded this year, going from $1 billion to nearly a $12 billion market cap in less than half a year. As the coveted final evolution of decentralized crypto space, it’s safe to say that DeFi and Bitcoin keep hoisting each other. Currently, nearly 160k bitcoins are locked into DeFi protocols. Combined together, Bitcoin and Ether account for 44% of DeFi’s current value.

Additionally, BTC did not only decouple from the stock market moves but also from other altcoins.

The recent crackdown by Commodity Futures Trading Commission (CFTC) against BitMEX was worrying, but it didn’t cause a notable impact on BTC’s upward price movement. Such a course of action aligns with increased regulation of the cryptocurrency market, which we remains a continuous trend in the digital asset space. In turn, it is plausible to expect more regulations that would lessen Bitcoin’s nature as originally envisioned by Satoshi Nakamoto.

As Venmo’s embrace of BTC indicates, Bitcoin’s mass adoption is at hand. However, how much stripping of its decentralized and anonymous power can Bitcoin withstand before it becomes…mundane?

The Federal Reserve is clearly serious about establishing some form of digital currency. In fact, recent reports suggest the Fed is actively examining CBDCs. In the end, for Venmo to incorporate BTC wallets, you will have to give up your private keys, and KYC legislation will strip it of privacy. With all things equal, how will BTC fare against a digital currency legitimized by the might of the federal government?

📈 Did you know: The majority of popular stock apps now offer access to Bitcoin and other cryptocurrencies.

Of all the corporate moves to propel cryptocurrency forward, did you expect it to come from PayPal or from some other source? Let us know in the comments below.