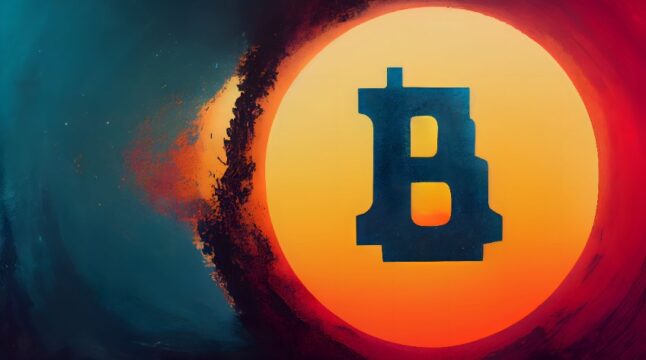 The Bitcoin white-paper was first published 14 years ago on 31st October, 2008.

On this exact date, October 31st, the pseudonymous Satoshi Nakamoto published the Bitcoin whitepaper 14 years ago. A year later, on January 3rd, Bitcoin’s first genesis block was minted, marking the birth of a new asset class.

After many ups and downs, can Bitcoin’s history serve as a reliable basis for future projection? Will it rise to life-changing wealth or will Bitcoin stagnate? To make sense of it, let’s take a look at Bitcoin’s starting point.

There is no secret to Bitcoin’s purpose. Its Genesis block reveals that it is a peer-to-peer counter to central banking. In the middle of the Global Financial Crisis of 2008, central banks were bailing out commercial banks with taxpayer money, on both sides of the pond.

Although $498 billion in banking bailouts seems like chump change from today’s perspective, it bears remembering that these bailouts spawned an entire social movement – Occupy Wall Street. However, it turned out that an alternative, trustless money infrastructure has far more staying power than a collection of activists.

It is this perspective that best captures Bitcoin’s starting point. Combining both technological and financial innovation, Bitcoin’s adoption curve unrolled even faster than the internet itself. At the current trajectory, while it took 7.5 years for the internet to hit mainstream shores, Bitcoin should reach it in nearly half as much, at 4 years.

Mimicking the IQ bell curve, the technology adoption curve has a thick middle, consisting of the early majority and late majority, with tech enthusiasts leading the charge. However, according to former Google engineer Michael Levin, before the “early majority” threshold is crossed, there needs to be a pragmatic hook waiting to spur adoption further.

The importance of fulfilling that chasm is even more acute with Bitcoin. From the very beginning, it was clear that Bitcoin was spearheaded from a libertarian jumping board. After all, Bitcoin is a technical mirror of libertarian individualistic ideals, by offering full custody and issuance of money without any mediators.

Yet, in a tight crossover between tech enthusiasts and libertarians, Bitcoin would’ve hit an adoption wall. According to the Cato Institute, libertarian outlook ranges between 7 – 22%, matching the largely libertarian early adopters percentage.

Furthermore, it was questionable if Bitcoin could globally scale up and serve Nakamoto’s original whitepaper vision – A Peer-to-Peer Electronic Cash System. Because Bitcoin’s network speed is 7 transactions per second (tps), it needs substantial scaling solutions to get closer to the golden Visa standard of up to 24,000 tps.

This would allow Bitcoin to move beyond the store-of-value territory into daily digital money.

Lightning Network to Cross the 10% Threshold?

According to Blockware Solutions, a blockchain infrastructure provider, new technology gains parabolic adoption uptick when it crosses the 10% threshold. By mid-2022, if we account for new entities that have ever plugged into the Bitcoin network, minus those who left with zero BTC balance, Bitcoin’s net growth stands at 30.8 million unique users.

In global terms, this means that about 0.36% of the world’s population is actually using the Bitcoin network.

The problem with Bitcoin’s adoption is that it needs the network effect to be valuable, just as the network effect made Twitter valuable, displacing its alternatives. Paradoxically, if more users onboard the Bitcoin network, it becomes more congested, resulting in unaffordable transfer fees. That may work for a store-of-value asset but not for P2P digital money.

In 2015, Thaddeus Dryja and Joseph Poon proposed a solution for Bitcoin’s transformation, in a whitepaper titled “The Bitcoin Lightning Network”. The paper outlined a layer 2 network on top of Bitcoin. This off-chain protocol would solve Bitcoin’s scalability problem with the use of payment channels.

In fact, Nakamoto himself mentioned the concept of payment channels to his colleague Mike Hearn in 2013. When an LN payment channel is opened, via an LN wallet, the payer funds it by locking a certain amount of BTC. From this point forward, recipients can invoice as much BTC as needed, and the sender can always keep funding the channel to keep it open.

Once the payment channel is closed, all the BTC transactions are added to Bitcoin’s mainnet, leaving it unburdened during the transaction period itself. This allows for infinite scaling and near-instant transactions, which have been proven to work in real-world conditions.

Such a scaling milestone was not left unnoticed. The Federal Reserve Bank of Cleveland published a working paper titled “The Lightning Network: Turning Bitcoin into Money” in June 2022.

“We find a significant association between LN adoption and reduced blockchain congestion, suggesting that the LN has helped improve the efficiency of Bitcoin as a means of payment.”

When a company corners a market, it gains a first-mover advantage. Since Bitcoin launched, over 20,000 cryptocurrencies have been released. However, the ease with which open-source code can be copypasted did not proportionally stifle Bitcoin’s market dominance.

Currently holding at 40.46% BTC dominance, Bitcoin’s conservative upgrade schedule made it a safe haven among cryptocurrencies. While proof-of-stake blockchains paved the road for flexible dApps to create decentralized finance (DeFi), Bitcoin remains the crypto sun, pulling other coins into its orbit.

This is best exemplified by the adoption of wrapped Bitcoin (wBTC), an ERC-20 token pegged and redeemable to BTC. Because large market cap assets tend to be the least volatile, they are often used as collaterals for loans. At one point in November, wBTC held a $15.8 billion market cap, making Bitcoin an integral part of DeFi, bridging the PoW-PoS compatibility.

Speaking of green PoS chains, Bitcoin’s energy usage is still hotly disputed. Given that Bitcoin is perceived as sound money, does that mean that it justifies Bitcoin energy usage or not? While the Bitcoin network uses as much electricity as Sweden, it still uses less energy than domestic tumble dryers or data centers.

Moreover, according to the Bitcoin Mining Council report for Q2 2022, the Bitcoin network taps into 59.5% renewable sources of energy, a higher percentage than green vanguards such as the EU/Germany.

The World Economic Forum questions the validity of such comparisons because household appliances “fulfill useful functions in our lives”. The WEF further notes that crypto like Bitcoin has not become a “socially-accepted tool performing an essential function”.

However, it seems that central banking monetary policies are increasing that essential function. According to the Gemini 2022 State of Crypto Report, the resulting inflation from monetary policies has a drastic impact on the likelihood of crypto adoption.

In recent months, this trend has grown more pronounced as Fed’s interest rate hikes create a global dollar liquidity crunch. Not only did the Japanese Yen plummet to its 32-year-low, but the British pound needed multiple central bank interventions. In fact, the transaction volume between GBP and BTC was up by 233% in September.

“It was the first time we’ve seen such a huge increase in (bitcoin) volumes for the currency of a developed country.”

What does this mean for Bitcoin moving forward?

Both Terra’s collapse and Ethereum’s worrisome PoS centralization are making Bitcoin’s laser-focus on sound money even more relevant. Likewise, sovereign debt bubbles amplify Bitcoin as an asset outside the central banking realm. At the end of the line, Bitcoin’s scaling technology is ready for adoption, waiting for that next bull cycle.

Where do you see Bitcoin in the next 14 years? Let us know in the comments.