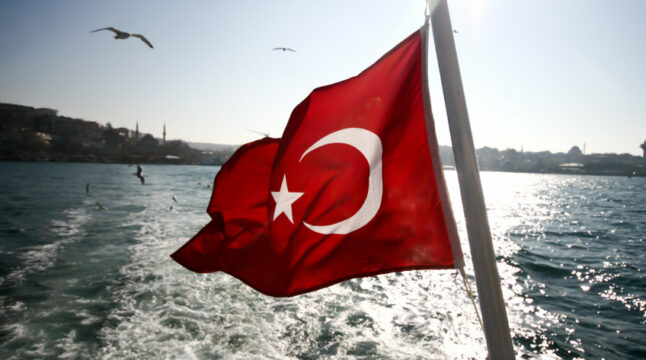 With inflation reaching new highs, Turkey is turning to Bitcoin.

Americans are dismayed at the 8.5% annualized inflation rate, crossing the 40-year high. Yet, this is small potatoes compared to Turkey’s monthly 7.25% and annualized 70% inflation. What options are available in such dire economic conditions for Turkish lira holders? As it turns out, one of them is Bitcoin.

During April, there has been a sharp yearly spike in Bitcoin trading on Turkish markets. So much so that Bitcoin reached a +1.7% premium on Turkey’s crypto exchanges at the beginning of May.

This is similar to the phenomenon of South Korean Kimchi premium in which convoluted red tape makes Bitcoin difficult to obtain. As a result, the buying pressure overcomes the selling pressure, keeping Bitcoin’s price at a higher range compared to the world’s crypto exchanges.

In the United States, firing a Central Bank President is a complex and rarely used option. Not so in Turkey. President Recep Erdoğan fired the Turkish Central Bank’s President Naci Agbal last March. Not only was he just four months in office, but he was the third Central Bank Governor within a span of two years.

The dynamics of the Turkish monetary system are quite revealing for other economies, including the US. Just like the Fed in the US raises interest rates to combat inflation, so did Agbal. Specifically, from 10.25% to 19% in his four months on the job.

However, despite this tightening having a positive effect on the Turkish lira, which rallied by 15%, President Erdogan did not like the rising cost of borrowing which could stifle economic growth. Hence, the sacking of Agbal triggered the Turkish lira to a new record low.

This is quite a similar situation when President Trump was in office, minus the firing part. Trump attacked Fed Chair Powell for making a “big mistake” with an interest rate hike. According to Trump, the fed funds rate should’ve gone into the negative range. This is the perennial problem with central banking:

On the one side of this economic heat map lies hyperinflation, as opposed to recession on the other side. It appears that Turkey is heading into hyperinflation territory, getting closer to the triple-digit range. Interestingly, would the same process unfold with the USD if not for its global reserve currency status?

Bitcoin’s Role as an Inflation Hedge in Doubt

Therefore, Bitcoin evicts central banking tampering from the equation. It would then be up to the market to decide if this Bitcoin fundamental is appealing or not. Today’s market sentiment is leaning on the latter.

In the last five days, Bitcoin has been dropping like a rock, at -20%, well under its previous support level of $35k.

If it goes steeply under that range, in which most Bitcoin holders sell at a loss, this would mark a capitulation event – panic selling or position liquidation. MVRV (market value to realized value) Z-Score is a useful metric for signaling this dicey dynamic, telling us if Bitcoin is overvalued or oversold. Presently, Bitcoin’s $24k is still in safe territory.

Many investors will take this opportunity to stock up on Bitcoin at a discount. However, nobody is quite sure if they will outnumber those that will panic sell.

In either case, if inflation keeps going up, panic sellers and new adopters alike may realize that Bitcoin was specifically designed to be anti-inflationary in the long run. One only has to take a look at Bitcoin’s Genesis block, reading:

“The Times 03/Jan/2009 Chancellor on brink of second bailout for banks.”

This is a reference to the common practice of central banks using taxpayers’ money to bail out commercial banks. With that said, it appears that most traders view Bitcoin as a tech stock, instead of as decentralized P2P money.

This is apparent from the all-time-high Bitcoin-Nasdaq correlation.

With the playing field set this way, the Fed’s effect on the equity market is then poised to determine Bitcoin’s price as well, regardless of inflation fears. However, if the US steps into Turkey’s current inflation shoes, this dynamic may take a U-turn.

Under what conditions would you consider selling all of your BTC? Let us know in the comments below.