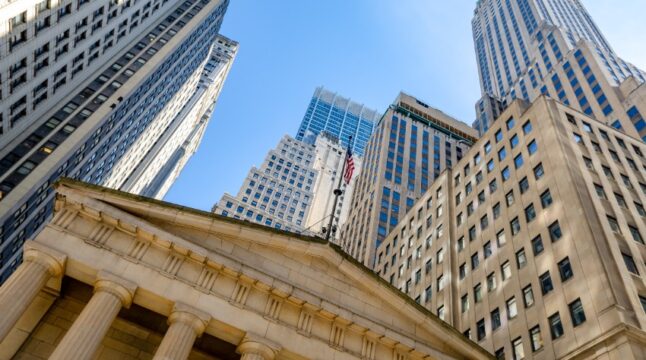 Citadel and other market makers are facing a lawsuit by a biotech company.

US biotech company Northwest Biotherapeutics filed a lawsuit against Citadel Securities and several other market makers, accusing them of lowering the company’s stock price through “spoofing,” according to Wall Street Journal. Spoofing is a trading practice traders use to create a false demand for security and manipulate its price.

The Bethesda, Maryland-based company accused the market makers of driving down its share price through spoofing – a stock market trading practice where traders place a series of trades and cancel them before they are executed. The aim of this method is to manipulate the security’s price by creating false supply or demand.

Spoofing has been banned in the US for more than a decade following a campaign by US lawmakers against market manipulation. In today’s trading world, firms such as Citadel and Susquehanna execute a high number of orders from other investors each day and generate profits through a spread between buy and sell prices.

The lawsuit does not clarify whether Citadel and other trading firms executed alleged spoofing trades on their own behalf or on behalf of other investors. Still, Northwest says the mentioned market makers knew it was illicit to carry out the alleged trades in any case and should have instead prevented them from being executed.

Northwest, whose shares can be bought over the counter, argued that the market makers knowingly participated “in repeated spoofing that interfered with the natural forces of supply and demand and drove (the company’s) share price downward over the course of the relevant period.”

The lawsuit against Citadel comes just a year after investors sued the trading firm for engaging in the meme-stock trading frenzy involving GameStop’s stock in 2021. More specifically, investors accused Citadel of forcing Robinhood and other brokerage firms to restrict trading in meme stocks, causing them losses.

Earlier this year, Citadel redeemed nearly all of the $2 billion it invested in Melvin Capital, a popular hedge fund that sustained massive losses during the meme-stock craze. The hedge fund shut down in May as it struggled to recover.

In January 2021, Citadel invested $2 billion in Melvin to help the hedge fund shore up its finances. However, the hedge fund continued to perform poorly, which led to Citadel withdrawing most of its funding. In September, former Citadel executives secured $50 million in funding for a new crypto market-making startup.

Do you think that Citadel and other market makers deliberately pushed down Northwest’s stock price? Let us know in the comments below.