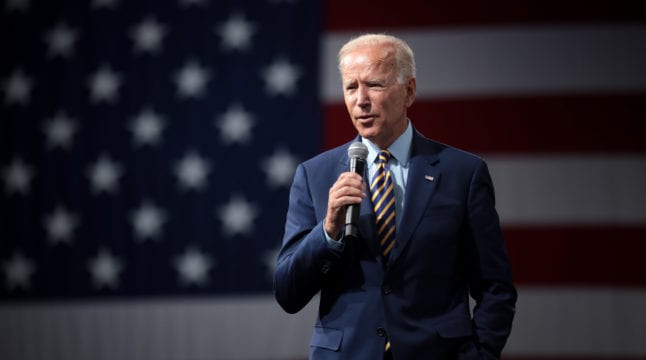 President Biden paused a proposed Trump-era regulation for crypto wallets. Will the new White House be good for crypto?

US President Joe Biden has imposed a suspension on regulations by the Trump administration that are under or pending review. This is a common practice for new administrations, but particularly noteworthy in a time of intense partisanship. Biden’s appointees will review these laws, which is likely to be revised, if not scrapped entirely.

The freezing of laws include those proposed by former US Treasury Secretary Stephen Mnuchin concerning cryptocurrency wallets. Earlier, Biden picked Bitcoin skeptic Janet Yellen, who said that Bitcoin abets crime, as Mnuchin’s replacement. She will have to be confirmed by the Senate.

Specifically, the rule stated that exchanges should record information on those transferring over $3000 in crypto to private wallets. Additionally, they would have to create transaction receipts for trades of over $10,000. These rules target “unhosted wallets” — those which are present offline or on user’s devices.

On the face of it, one could construe the rule suspension as good news for the cryptocurrency industry. But this is simply waiting for review from the Biden administration. How could the new leadership really affect Bitcoin and the crypto market?

There are both positive and negative signs for the market concerning the new administration. This includes Biden’s appointees, some of whom would support the market and others less likely.

Chief of Staff Ronald Klain has suggested delaying effective dates by 60 days and establishing a 30-day comment period. What this tells us is that the administration is willing to examine an idea, which is a good start.

Former Ripple advisor Michael Barr has reportedly been selected as the head of the Office of the Comptroller of the Currency (OCC). This is a tentatively positive decision. It could be that Barr focuses on CBDCs and assets like XRP, as opposed to Bitcoin, but time will tell.

One remarkably uplifting development is the decision by the OCC to allow banks to use stablecoins for payments. This is a great boost for the market and indicates a willingness to move into new, almost universally better technology.

Biden’s pick for Treasury Secretary, Janet Yellen, is a noted Bitcoin skeptic, who has said that Bitcoin aids crime. Generally speaking, there is a misconception that the cryptocurrency is anonymous and used greatly in crime.

It remains a fact that Bitcoin is traceable and that laundered cash amounts to trillions. In fact, $10 billion in BTC is used for illicit activity, compared to $1.4 trillion in USD.

Lately, there is Gary Gensler, an individual knowledgeable on cryptocurrencies, chosen to serve as SEC Chairman. Gensler has made positive remarks on Bitcoin and even taught a course at MIT.

The US has taken actions and upped its examination of the cryptocurrency industry. There is a palpable sense that it does not want to fall behind China and others with respect to innovation. At the same time, the country is taking a strong stance against possible illegal financing and privacy coins.

It is far too early to tell how Biden and his team will treat the cryptocurrency industry. There is hope that the President will focus on encouraging tech innovation, which bodes well for the market. But the difficulty of analyzing and regulating a completely new form of value exchange is readily apparent.

Several analysts have already suggested that the new government could be good for the cryptocurrency industry. The reality is that it is too premature for one to analyze the market’s prospects.

We do know that the financial regulators are going to take a deep look at crypto in the coming months. This is the best outcome for the market, with regulatory clarity assuaging investors who are on the fence. Consequently, the market stands a lot to gain if and when we learn about the Biden administration’s approach to crypto.

How do you think the Biden administration will approach cryptocurrencies? Is the market set for some encouraging regulation? Let us know what you think in the comments below.