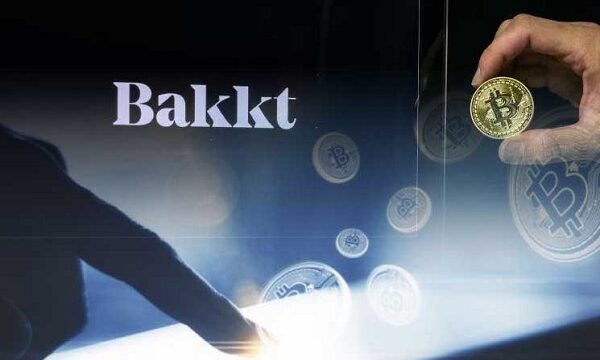 Bakkt’s physically delivered Bitcoin futures contracts became available in September of 2019. The path featured several delays following a number of regulatory hurdles. Now that the firm has become operational, they look to bridge the gap between digital assets and institutional investors.

As part of their ongoing effort, they are launching two new services in the coming days, starting December 9th. These include a Bitcoin (USD) Options and Bitcoin (USD) Cash Settled Monthly Futures. Bakkt is a product of the same company behind the New York Stock Exchange (NYSE): the Intercontinental Exchange (ICE).

Bakkt’s initial announcement of the new services was met with skepticism from the broader cryptocurrency community. Some argue that cash-settled Bitcoin futures markets have a negative impact on digital assets, causing prices to drop. The largest Bitcoin crash to date began around the same time as CME — the largest futures exchange in the world — launched a Bitcoin futures product.

That product became available on December 18th, 2017 — just a few days before Bitcoin saw its all-time high of nearly $20,000. Once it reached that point however, it dropped drastically. Despite the crash and subsequent bear market, Bitcoin futures trading maintained popularity. On April 5th 2019, CME announced an all-time high in Bitcoin futures trading, recording 22,500 contracts totaling 112,700 bitcoins in a single day.

Some criticism remained however, and was especially geared towards the product from CME. Cash-settled Bitcoin futures don’t ever actually transact physical bitcoins; they merely deal with something along the lines of an ‘IOU’. Bakkt — on the contrary — boasted the first futures contract fully backed by Bitcoin. The physically-settled product features Bitcoin in cold storage, held in Bakkt’s own insured warehouse.

Now however, with the launch of a cash-settled product, Bakkt is seeing some criticism. In the end, it is entirely unknown as to the role that cash-settled futures products played in the 2018 Bitcoin crash.

In the midst of such an environment, Bakkt CEO Kelly Loeffler has been appointed to a U.S. Senate seat. Loeffler, a Republican business executive, is now a Senator-designate for Georgia. She was appointed by Georgia’s governor, Brian Kemp (R) and will replace Sen. Johnny Isakson (R), who is set to retire at the end of 2019 due to health concerns.

Loeffler, a native of Illinois, is known as a political outsider and seasoned business executive who has consistently shown support for the Republican party. She describes herself as a lifelong conservative Republican who is “pro-Second Amendment, pro-military, pro-Trump, and pro-wall”. Yet despite this, she was not a Trump-favored candidate for the Senate position.

In addition to leading Bakkt, Loeffler serves as a board member of Atlanta’s Grady Memorial Hospital and is co-owner of the Atlanta Dream, a Women’s National Basketball Association team. Her husband is Jeffrey C. Sprecher — CEO of ICE and chairman of the NYSE.

While many showed reactionary signs of skepticism, hesitation, and disappointment once Bakkt’s cash-settled Bitcoin futures were announced, the thought of Bakkt’s CEO as a U.S. Senator seemed to change that tune. A Bakkt executive in a powerful position — and rubbing elbows with other powerful individuals — is seen by some as capable of bearing fruit in terms of obtaining the regulatory clarity required for the company to continue its development.

As for the new CEO to replace Loeffler at Bakkt, a potential candidate has yet to be announced. One clear option would point toward Adam White, the company’s COO and former executive at Coinbase.

What do you think about Bakkt’s cash-settled Bitcoin futures? What about the company’s CEO becoming a U.S. Senator? What does the future of Bakkt look like? We want to know what you think in the comments section below.