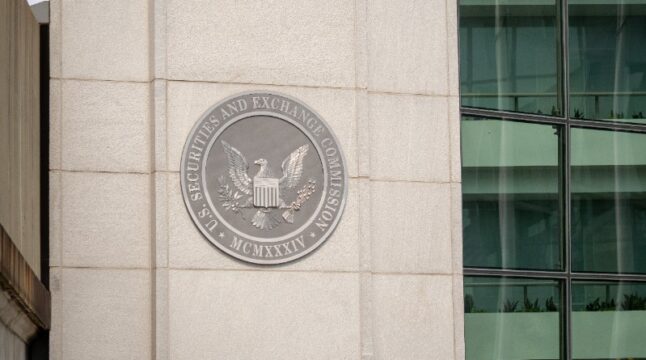 As FTX Goes Under, Many Wonder if the SEC Protected Investors

Did SEC fail protecting investors in the case of FTX US?

Sam Bankman-Fried stepped down as the CEO of FTX and the FTX group filed for bankruptcy for all of its 134 corporate entities, including FTX International, FTX US, and Alameda Research. This also means that the Securities and Exchange Commission (SEC) likely failed one of its three primary duties – investor protection.

What is the underlying cause for this failure?

All of SBF’s Holdings Go Down

Within a single day after Sam Bankman-Fried said that FTX.US is “100% liquid”, the American-oriented exchange began to issue withdrawal warnings. In fact, the bankruptcy filing reveals that SBF made that statement on November 10th, the same day as the misleading tweet. Soon after, SBF stopped the pretense altogether and filed for Chapter 11 bankruptcy for all of its 134 companies.

As far as FTX customers are concerned, SBF checked the box that “funds will be available for distribution to unsecured creditors”. How that may transpire is anyone’s guess given SBF’s reflexive fibbing. Both liabilities and estimated assets were checked for the $10 billion to $50 billion range.

The tie between Alameda Research and FTX was so strong that both bankruptcies were recorded on the same filing, with Alameda having contributed $7.4 billion to SBF’s fortune. Likewise, SBF stepped down from his now-collapsed crypto empire. At its peak, the 30-year-old SBF was estimated to be worth $26 billion.

His FTX stake was at 53%, worth around $6.2 billion prior to the collapse. Going outside of crypto, SBF even acquired a 7.6% stake in Robinhood, the most popular stock trading platform. In his three-year crypto run, he was buying up troubled companies, including having bailed out BlockFi with a $400 million revolving credit (up from the original $250 million).

The lending platform BlockFi ceased user withdrawals on the same day. This was a couple of days after BlockFi’s founder and COO Flori Marquez tweeted that “all BlockFi products are fully operational”.

Users of both FTX and BlockFi are now wondering where is investor protection.

Wobbled Market Confidence in the SEC

In its official tri-part mandate, the Securities and Exchange Commission (SEC) agency exists to do the following:

However, from the get-go, Gary Gensler’s SEC mandate hasn’t been received with trust. The first major incident happened when Brian Armstrong, the CEO of Coinbase, described SEC’s behavior as “really sketchy”, referring to the SEC’s classification of lending as security.

Soon after, the SEC sanctioned the BlockFi lending platform with a $100 million fine, setting a de-facto standard in the absence of crypto legislation. Most recently, the agency won a court battle against LBRY for issuing unregistered “Digital Asset Securities”, despite not having conducted an Initial Coin Offering (ICO), like some other major projects (Ethereum).

Rep. Tom Emmer, of the House Committee on Financial Services, described Gensler’s behavior as one that is unproductive and jeopardizes public trust.

This was a day before the FTX chaos began. In his recent tweet, Emmer notified the public that they are looking into reports on Gary Gensler potentially helping SBF and FTX to “work on legal loopholes to obtain a regulatory monopoly.”

When the SEC dished out a $100 million fine to BlockFi, this was a clear signal to avoid the US market until there is legislative certainty. It is very likely that the SEC’s heavy hand was the reason why so many blockchain/crypto companies incorporated offshore, including FTX International (FTX.com) in the Bahamas.

Now that FTX imploded, both the SEC and Justice Department are probing FTX.US. That is, expanding their existing probe, although FTX.US is merely a subsidiary of its parent Caribbean company outside of their purview. Senator Elizabeth Warren used this opportunity to call for more “aggressive enforcement” of the crypto space, describing it as “smoke and mirrors”.

Likewise, the White House Press Secretary stated that “without proper oversight of cryptocurrencies, they risk harming everyday Americans.” But what does such oversight look like?

Sam Bankman-Fried was not only the crypto “bailout king” but also a prolific donor to political parties. Typically, when political donations are dished out, something is expected in return. On November 5th, SBF revealed that he was a “significant donor in both D and R primaries”.

To elect President Biden, SBF spent $5.2 million in 2020, while the Open Secrets tracker accounts for SBF’s total donation contribution of $39.8 million in the last two years. Out of that, 92% went to Democrat candidates. In May, SBF stated his intention to ramp up his donations to $1 billion, which would’ve pushed him among the top political donors across the aisle.

This begs the question, with so much political capital, how would SBF have spent it? In no uncertain terms, SBF outlined that he would replicate the TradFi framework and transpose it to DeFi, rendering it not-DeFi.

For example, SBF would impose a suitability test on retail investors to access DeFi platforms, enforcing KYC rules and other factors to make DeFi equitable with CeFi.

“One thing that may ultimately be required centralized entities like FTX: there are likely to be disclosure/etc. requirements, and potentially “customer suitability tests” of some sort.

It’s really important that this is done in an equitable way.”

After it has been revealed that SBF was effectively gambling with user funds to keep Alameda Research afloat, it stands to reason that he wanted to prevent DeFi from encroaching into his CeFi territory.

After all, properly decentralized DeFi protocols inherently prevent misuse of funds because there are no CEOs or board directors. Even arbitrary withdrawal halts are impossible because users connect to DeFi platforms with non-custodial wallets. In short, the entire FTX fiasco wouldn’t have happened if it was a DeFi platform like Uniswap.

Does it then make sense to use the FTX fiasco to legislate DeFi, a natural remedy for such abuses? One also has to consider seemingly inappropriate ties between the major players involved here:

One has to wonder if it is appropriate to have so many inter-connected ties. More importantly, would DeFi be equivalent to cash in the crypto world, as cash is in the process of becoming obsolete?

Do you believe SBF will be properly investigated and sanctioned for numerous misleading statements and breaches of user agreement? Let us know in the comments below.