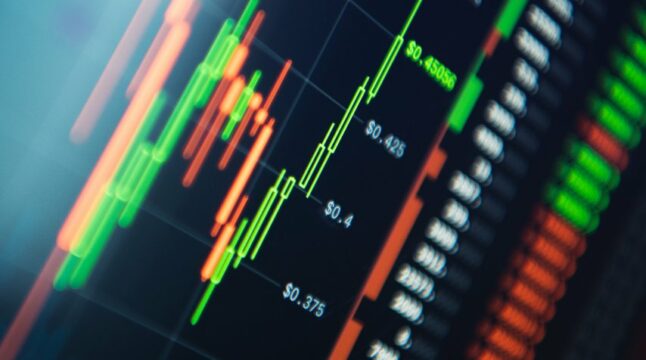 The VC-centric blockchain is heading for exchange listings, but founders urge delay.

A new proof-of-stake blockchain entered the crypto scene, but it is not off to a good start. Aptos (APT) mainnet launched yesterday, on October 17th, promising to be faster than even Solana. However, its tokenomics breakdown received a contentious reception.

What is the Aptos Hype About?

In addition to performance, Aptos comes with parallel transaction execution thanks to its Block-STM engine. This is a big deal because failed or spammed transactions can often grind a chain to a halt. Moreover, Aptos validates transactions after they are executed, and it does so concurrently.

These two features provide network redundancy, leading to low transaction fees and robust smart contract security. However, after the same claims have been made for Solana, which has become notorious for its outages, such features should be taken with a grain of salt until proven otherwise with greater usage.

After yesterday’s mainnet launch, Aptos accumulated over 2 million transactions, across 102 network validators. The traffic remains low, as demonstrated by its 4 tps speed, which is lower than Bitcoin’s 7 tps. Therefore, its theoretical speed in real-world conditions is yet to be tested.

Furthermore, those ~2 million transactions are merely metadata records between validators. After all, regular users were unable to send transactions, or even connect via RPC (remote procedure call) to validators. It appears that for this reason, Aptos’ official Discord server was temporarily down.

More importantly, it appears that Aptos tokenomics is heavily investor-centric. Out of the 1,000,870,424 APT supply, 82% of tokens are already staked. Because there weren’t any public airdrops, APT tokens are in the possession of team members and Aptos Labs investors.

According to the Aptos token unlocking schedule, no APT tokens will be available for the first year. This only applies to investors and “core contributors”, with their stakes being locked up for the next four years. The initial APT token distribution looks like this, with the “community” possessing 51% of APT tokens.

Up to September 2032, the total circulating APT supply is set to increase to just over 1.5 billion. In the meantime, staking rewards are generated at a 7% rate, dynamically tweaked after every epoch. Between current supply and staked APT, there are ~180 million APT tokens available for public trading.

Tomorrow, on October 19, 2022, at 1 am (UTC), FTX will list APT on its spot market. As noted previously, FTX is one of Aptos’ investors. Typically, when a new coin is listed, its price skyrockets due to novelty demand, only to collapse and remain flat until some major upgrade, social media hype, or dApp is launched.

Additional major exchanges to list APT will be Binance and OKX. Specifically, Binance futures perpetual contracts on October 19th, 02:00 (UTC), and OKX perps at 09:20 (HKT). Unlike regular futures contracts, perps don’t have an expiry rate, which means they are regularly funded between short and long positions.

If the funding percentage rate goes negative, it means that shorts are paying longs, suggesting bearish price moves which are good for shorts but bad for longs. Likewise, if the funding rate is positive, longs pay shorts in bullish sentiment.

It is then telling that Aptos urged both Binance and other exchanges to stop perps listing. Instead, to postpone it by two weeks, according to crypto reporter Colin Wu.

Given that no APT airdrop happened, nor was there time to properly distribute tokens, it stands to reason that the bulk of non-staked APT supply, at ~180 million,  is in the hands of investors. For the time being, Coinbase is withholding the listing. The exchange will mark APT as “Experimental” and wait for APT liquidity conditions to mature.

With dozens of low-traffic chains already deployed, do you think APT will carve a niche for itself? Let us know in the comments below.