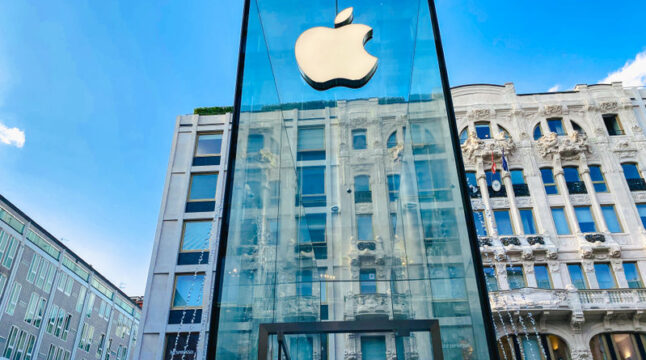 While Apple has been under DoJ investigation, no concrete action has been taken so far. This might change soon, according to some sources.

A report published on Friday, August 26th, stated that the Department of Justice is in the process of building an antitrust case against Apple. The greatest focus looks to be the very lucrative AppStore, which the tech giant might be using to exercise too much influence over the market.

While Apple has been under increasing DoJ scrutiny since 2019, so far no legal action was taken against the tech giant. a recent example came in late 2021 when it appeared like a filing against the iPhone-makers was imminent.

The investigation is mostly focused on Apple’s ability, and alleged willingness to use its immense influence to stifle competition. This mostly comes to its ability to curate and adjust its AppStore which is allegedly used to keep promising tech startups and competing app developers.

While no action has been taken so far, investors appear to have taken notice. Apple’s stocks fell to $163.62 at the market’s closing on Friday from the previous closing value of $170.03. They continued to decline after hours and were down to $162.59 by 6 PM.

Will Apple Really Get Sued?

Even though Apple was overtaken by Saudi Aramco earlier this year as the most valuable company in the world, it still has vast resources to use in its defense. A lawsuit against it by the Department of Justice would mark a major milestone in the ongoing battle to regulate tech giants.

Friday’s report states that the case is still an early draft, but a source revealed that there are hopes a suit would be filed by the end of the year. This time, the DoJ might really choose to take action.

Apple has been working to expand its business by entering into fintech earlier this summer. Furthermore, the department has already proven it is willing to enter into a fight against major tech companies. In 2020, they filed an antitrust lawsuit against the “monopolist Google.”

Do you think Apple will actually get hit by an antitrust suit this time? Let us know in the comments below.