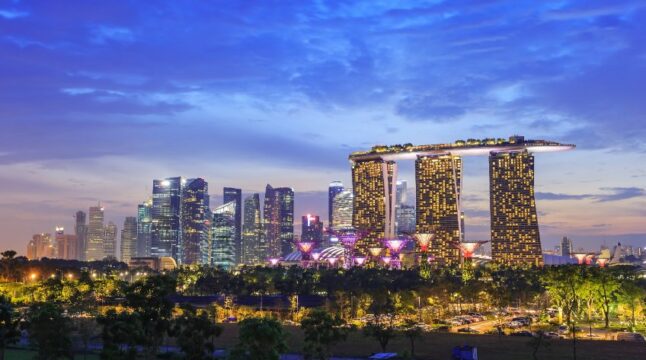 Animoca Labs to Raise $100M in Funding Round Led by Temasek: Report

Investment giant Temasek is set to lead a new $100 million funding round for Animoca Labs, one of the most prominent web3 and blockchain investors, according to Bloomberg. The financing will be raised through convertible bonds and comes just a few months after Animoca secured $359 million in the first financing round.

Animoca’s 2022 Funding Takes its Valuation to $6B

Temasek Holdings, a global investment firm owned by the Singapore government, will lead Animoca Brands’ new funding round worth $100 million, Bloomberg reports. Temasek’s move comes amid a critical period in the crypto market which has lost more than $1 trillion in value this year.

According to Bloomberg, Temasek will spearhead Animoca’s fresh funding via convertible bonds. Temasek joins Animoca’s group of prominent investors just several months after the Hong Kong blockchain startup nabbed $359 million from a mix of investors, among which were George Soros and the Winklevoss twins. Animoca also secured $75 million this summer as a part of the same funding round and is now worth around $6 billion.

Instead of investing directly in digital assets, Temasek said it prefers to support service providers operating in the crypto space, with Animoca being one of the hottest startups in that category. Temasek also joined a $200 million financing round for crypto lending firm Amber Group in February 2022.

However, Animoca has faced several bumps in the road during its latest fundraising efforts. Private equity giant KKR was also one of the investors in Animoca’s new funding round but the company ultimately decided to back out in July due to the significant crypto sell-off.

Animoca’s efforts to raise more cash come as Asia’s biggest blockchain investor looks to leverage the discounts in the crypto market following a steep sell-off in recent months due to elevated inflation and aggressive interest rate hikes. The downturn also weighed on the funding for crypto-related startups, which fell 26% last quarter on a sequential basis.

Bitcoin and other cryptocurrencies have fallen to multi-year lows this year, and remain significantly down from their all-time highs in November 2021. Crypto prices fell further Monday following Fed chair Jerome Powell’s speech at the Jackson Hole conference, where he reiterated the central bank’s commitment to continue raising interest rates to bring down inflation.

Earlier this year, Animoca also teamed up with Japan’s biggest bank to facilitate “the development of the NFT market.” The startup is known for investing in some of the most successful web3 and NFT projects in the world including Open Sea, Axie Infinity, and Dapper Labs, among others.

Do you think Animoca will cash in on its crypto investments once the bear market is over? Let us know in the comments below.