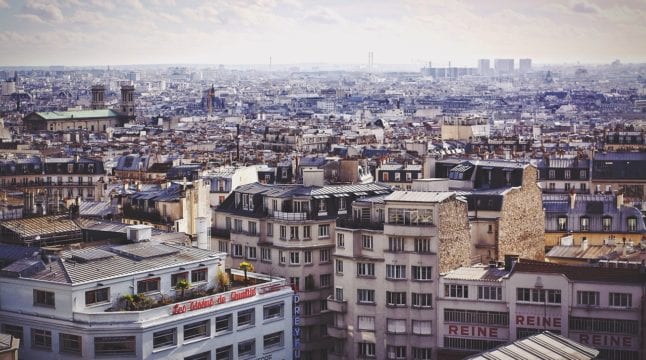 While blockchain has seen a myriad of interesting uses over the years, employee benefits are one of the newer and more interesting of these. However, a June 17, 2020, announcement states that ID distribution, a French employee benefits company, is doing just this. The firm has entered into a partnership with Groupe JR to issue Frankfurt listed bonds [ISIN DE000A28S117 (WKN A28S11)] to secure accommodation for employees.

The partnership will aim to acquire buildings in downtown Paris for employee use. The project budget is $78.5 million, and this will be used to acquire a total of five buildings. After the buildings are acquired, they will then be leased out.

As part of the agreement, the usufructs’ properties will be leased out to first-time buyers. The traditional activities of property traders, however, will be reserved for high standard buildings. Blockchain technology will be leveraged for the tokenization of the properties.

The buildings will feature places in Paris such as Rue du Faubourg Saint Honoré, Rue du Sabot in Saint Germain des Prés, and Rue d’Assas in the Latin quarter. This, the press release states, will make them more attractive to potential buyers. According to Jean Raoul Ismael, a real estate veteran, the inclusion of blockchain will only improve the process.

He states that blockchain will allow for more people to invest in real estate. The tokens will offer a 6.5% yield on investment, which is deemed attractive to investors. The tokens are to be issued through the wezee.io platform, where transactions will also be recorded on a private blockchain.

ID distribution already heavily makes use of fintech, and this will aid its exploration of tokenized assets, the press release says. This includes access to electronic wallets and payment tools with dedicated accounts. Patrick Berthé, the owner of ID distribution, has stated that he is determined to exceed client expectations and provide the best services in the modern financial ecosystem.

While this development relates more to the private sector, France has steadily become a more welcoming place for fintech. In May 2020, the French competition authority (ADC) launched a public consultation on the industry. This consultation was the Authority’s way of getting feedback not just on the role that payment platforms would play in the french economy but the competition they might pose.

More specifically, the Authority wants to know whether these platforms wish to replace existing institutions or work alongside them. The feedback received will go on to influencer the regulations created for these platforms as well as their enforcement. The Authority accepted feedback up until June 19, 2020.

The ADC also spoke on the factors driving the rise of innovative payment platforms. Among these were mobile phones and Internet of Things (IoT)-enabled devices. Blockchain was also cited as a leading factor for the rise of virtual wallets and digital assets. The responses to these will then be shared with the European Competition Network (ECN).

France Laying Down Groundwork for Tokenization

It is no surprise that such a development is taking place in France as the country has been steadily introducing policies to encourage the tokenization of assets. In September 2019, French Central Bank Governor Villeroy de Galhau stated that the bank was carefully looking into tokenized assets and digital securities. According to him, they differ significantly from speculative tokens and are more promising.

That same month, French economy minister Bruno Le Maire announced new pro-crypto laws in France. The laws exempted crypto-to-crypto transactions from being taxed. Instead, only crypto-to-fiat transactions would be subject to tax.

These actions went a long way to encourage digital assets within France. In September 2019, AnnA Villa, a luxury property in Paris, was tokenized for 6.5 million euros with 100,000 tokens being created. This marked the first-ever tokenization of real estate in France.

Months later, major French bank Société Générale successfully completed a 40 million euro transaction. The money was in the form of covered bonds and was issued on a public blockchain. This exercise showed not only the potential of blockchain but also of Central Bank Digital Currencies.