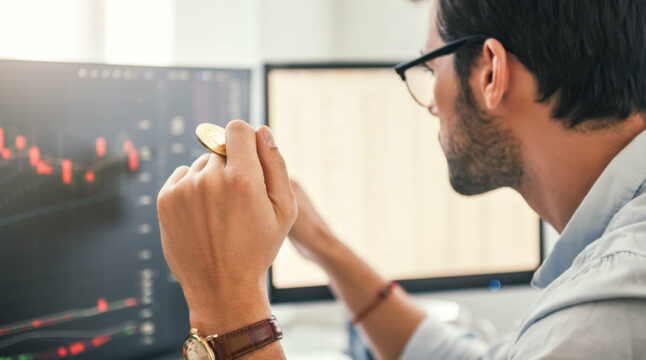 Whales Responsible for 90% of BTC Transfers Since July 2020

There has been a significant increase in Bitcoin adoption among institutional investors according to on-chain data.

Since the third quarter of 2020, large Bitcoin transactions, those worth over $100k, have consistently accounted for over 90% of the network volume. This represents the increasing dominance of whales and institutional investors, according to a report by IntoTheBlock.

The flagship cryptocurrency has gained considerable traction in institutional adoption. Throughout 2021, institutions such as Visa, Mastercard, PayPal, BNY Mellon, Morgan Stanley, Goldman Sachs, and JP Morgan, among others, either adopted Bitcoin or reversed their negative stance toward cryptocurrencies.

Additionally, an increasing number of payment platforms are accepting cryptocurrency as a viable payment method. Most notably, credit card giants Visa and Mastercard have launched crypto cards, allowing users to spend their cryptocurrency for daily purchases. Likewise, electric payment firms like PayPal, Square, and Stripe, among others, have added support for Bitcoin and other top cryptocurrencies.

Moreover, major US banks, who have long been Bitcoin detractors, have considerably changed their view of crypto-assets. Most notably, JPMorgan, which had previously claimed that “Bitcoin is fraud,” became the first major US bank to offer cryptocurrency funds to all clients. Other banks like BNY Mellon, Morgan Stanley, and Goldman Sachs also dabbled in.

Bitcoin adoption further accelerated in 2021 after SpaceX and Tesla CEO Elon Musk announced that his EV company would accept Bitcoin payments. The company also made a generous Bitcoin purchase, acquiring $1.5 billion worth of BTC.

It is worth noting that Microstrategy, spearheaded by Bitcoin maximalist Michael Saylor, has continued its Bitcoin buying spree in 2021. By December 2021, the company held 124,391 BTC in reserve, equivalent to over $5.8 billion. Saylor has pointed out that he has no intentions of unloading his Bitcoin stack.

However, the increased interest in Bitcoin among institutional investors has not significantly impacted prices. As of now, Bitcoin is down around 18% year-to-date, and down by over 36% on a year-over-year basis.

Meanwhile, Bitcoin and other POW blockchains were the subjects of a vote in the European Union.

Parliamentarians voted on whether to ban proof-of-work (PoW) mining, which is part of the proposed Markets in Crypto Assets (MiCA) framework, the EU’s legislation for governing digital assets, on Monday. The vote ended with the EU not passing the legislation.

On the other hand, El Salvador is preparing to launch its much-anticipated Bitcoin bonds as soon as this week. The country aims to raise $1 billion by issuing Bitcoin volcano bonds and intends to use the funds to purchase more Bitcoin and add it to the country’s treasury.

At the time of writing, Bitcoin is trading at around $38,800, relatively flat over the past 24 hours.

Do you think institutional interest in Bitcoin will continue to grow in 2022? Let us know in the comments below.