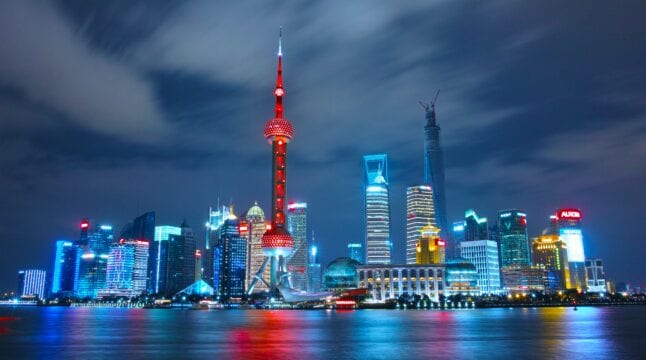 The World is Becoming Divided by Crypto Adoption

More countries are becoming either pro- or anti-crypto. Fear of inflation, and authoritarianism, may be the reason.

Cryptocurrency is in a strange position globally. In Paraguay, legislation for crypto adoption is being drawn up. In El Salvador, Bitcoin has already been approved as legal tender. And in Portugal, their central bank has just awarded licenses to national crypto exchanges.

However, at the same time, China is increasing its anti-crypto sentiments, and Iran has just banned its own Blockchain Association. The world is ideologically split as to how it wants to handle this technology. As some countries get more crypto-friendly, others treat it as contraband. The question is, why is this happening?

Is Crypto an Authoritarian Litmus Test?

By its very nature, cryptocurrency has an anti-authoritarian streak running through it. The vast majority of cryptocurrency and blockchain technology has been built with decentralization in mind, which is the opposite of how highly centralized and authoritarian governments function.

While practically all governments are centralized, an authoritarian government is perhaps the most centralized that a government can get, as decision-makers are limited to a very small pool of individuals, and opposing ideas are shunned and dismissed. The general consensus is that China has strong authoritarian elements in its system of government, as does Iran. They both score below 3.00 on the 2020 Democracy Index (any country scoring below 4.00 is considered authoritarian).

An argument could be made that authoritarianism is why these countries are taking such a harsh stance against crypto adoption. The governments in these countries could be viewing decentralized technology as a threat to their power and security. Plus, having centralized control over a country’s money is significant, as it helps authoritarian regimes stay in power.

However, this might not be the most accurate reason. Venezuela, which also scores below a 3.00 on the Democracy Index, has legalized Bitcoin usage and mining, although it is pretty stringently regulated. This suggests that it could be something else that is happening to cause a split between countries.

It should also be noted that decentralized cryptocurrencies are by no means a silver bullet to authoritarianism. It is still very much possible for a plutocracy, a society run by individuals who hold the most wealth and income, to arise within a crypto-friendly country.

Is Crypto a Hedge Against Inflation?

Another theory as to why we’re seeing an uptick crypto adoption in some places is because countries are trying to protect themselves against increased inflation. All fiat money is prone to inflation, with some at a higher risk than others. And with the global pandemic, inflation is expected to increase more rapidly than usual with some currencies such as the US dollar.

This was likely also a factor in El Salvador’s decision to make Bitcoin a legal tender, as the country’s only other currency is USD. It is possible that they feared inflation and chose to build a raft.

Inflation is likely to be a talking point in Paraguay’s Congress as well. The country still mints its own currency, the guaraní, but it has been in a state of intense inflation since around 1995. Hyperinflation was also a huge driving force to Bitcoin usage in Venezuela– since 2016, its national currency, the bolívar, has been in economic freefall.

Cryptocurrencies can still be affected by inflation, but many have anti-inflation protocols or aspects that prevent this from occurring. For instance, one of Bitcoin’s most favorable features is that it has a limited supply, meaning that after the last Bitcoin is mined, no more will enter circulation.

What we could be seeing are countries hedging against both inflation and the uncertainty that the pandemic has brought about. Although, it is likely that there are many reasons why some countries are adopting crypto and others are shunning it.  Inflation cannot be the only reason, otherwise, China would have taken a pro-crypto stance, as its own currency is rapidly losing value at the moment.

It is a political, social, and economic situation, making it far too complex to reduce into one reason. It is likely that within the next few years, when we have a more detailed idea of how different countries feel about the crypto industry, this discussion will become clearer.

Why do you think the world is split on crypto adoption? Is it likely we will have pro-crypto and anti-crypto ideological blocks in the future? Let us know in the comments!