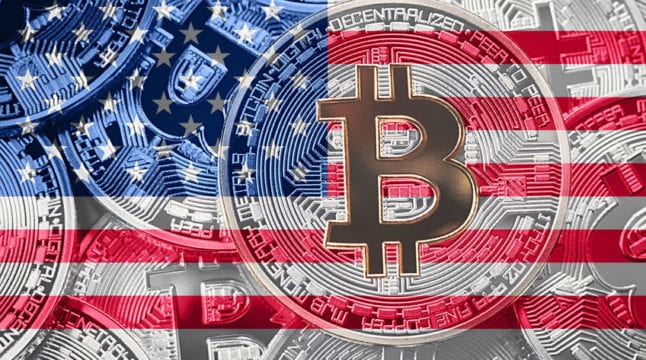 The Last Time a U.S. President Was Elected, Bitcoin Was Around $700

In November of 2016, Bitcoin was about 7% of its current value. Will the next four years be similar?

The year 2020 has been extraordinary by any standard. Monumental events with global ramifications have occurred on an almost monthly frequency, and October has started no different. Yet Bitcoin remains relatively stable. With the significant growth Bitcoin has seen since the last U.S. presidential elections, what does the future look like?

The news sent shock waves throughout the global economy, with markets dropping as a result of the new political uncertainty. The chaos of 2020 has certainly wreaked havoc on markets — gold and Bitcoin have benefited.

Bitcoin, is in fact, the best performing asset in the market this year, comfortably beating gold and all else. Both incumbents and enthusiasts have heaped praise on the cryptocurrency for acting as a hedge. Indeed, the fiscal policies and measures brought about by the pandemic has only increased concerns about a recession.

It is a time like this where Bitcoin is surging in popularity, with more people recognizing its inherent value. In the crypto space, four years is an eternity. Much has happened since then, including adoption, regulation, and price growth that few got right with their predictions back then. No one could have predicted the 2017 boom back in 2016.

Considering all of the above, one wonders what will happen in the next four years? Can any predictions be made?

Since the last U.S. election in November 2016, Bitcoin was about 7% of its current value. Just imagine what detractors would be saying now if they had invested back then when Bitcoin was $700?

Instead of looking at price alone, we should examine the general strength of Bitcoin back then. That will give us some perspective on how much progress has been made since then. The number of unique addresses is one fairly strong indicator of adoption and growth, as is the total hash rate.

The amount of actual money transacted is also on the rise. In 2016, that was $26,900 — it is now roughly $79,000. This partly due to the price rise of Bitcoin, besides the more obvious fact that more people are in it.

Interestingly, search engine queries are nowhere near the peak of 2017 and 2018. Perhaps this is because Bitcoin is now far more of a well-known asset, and the initial mania has passed.

So all of this clearly points to Bitcoin having made a great amount of progress in the past four years. But what about the next four years in a time when anything can happen?

How Will the U.S. Presidential Election Affect Bitcoin?

A lot of people are probably wondering though, how will Bitcoin do in the following four years? How will it even do in the lead up to the US Presidential election?

It’s best to simply just summarize all that has happened with the Bitcoin network since then. The most obvious thing, of course, is that Bitcoin is now roughly $10,500. It’s not near the all-time high — but every year, it’s been finding new support levels. That is a remarkable achievement and shows no signs of abating.

Let’s take a look at the number of unique addresses, hashrate, and other statistics in the current time period. The presidential election itself will have an effect on all markets. After all, the two political approaches by the candidates are vastly different. Either way, the markets will react and add volatility to what is already a volatile asset.

The news that President Trump and First Lady Melania has contracted the virus has only just come out. One might argue that it should not have an effect on the cryptocurrency market. But as was the case in March, there is every chance that the impact could trickle down to cryptocurrencies.

But the bottom line is that, if things proceed as they have for the past ten years, Bitcoin looks good. It is poised to break into wider adoption once the infrastructure is fully refined. At the very least, investors should consider allocating a small percentage of capital towards the asset.

Conclusion: The U.S. Elections and Bitcoin

The steady rise of Bitcoin in what has been a remarkably chaotic four years is a testament to its quality. The importance of Bitcoin as digital gold has only been highlighted by the several worrying actions of financial institutions.

The key takeaway should be this: Bitcoin will experience all sorts of ups and downs. The upward trend and constant rising of support levels indicates an optimistic future for the asset. No longer does everyone casually dismiss the asset — you now have investment experts joining in too.

In the next four years, we can expect infrastructure development, easier ways to store and transact cryptocurrencies, and greater adoption. It will be a slow and steady process, with the occasional bull run.

💡 Looking to trade stocks and crypto from the same app? See our free report on the most popular apps for stock trading.

How do you think Bitcoin will fare following the election? Will it continue to find higher bottoms, as has been the case in the past? Let us know in the comments below.