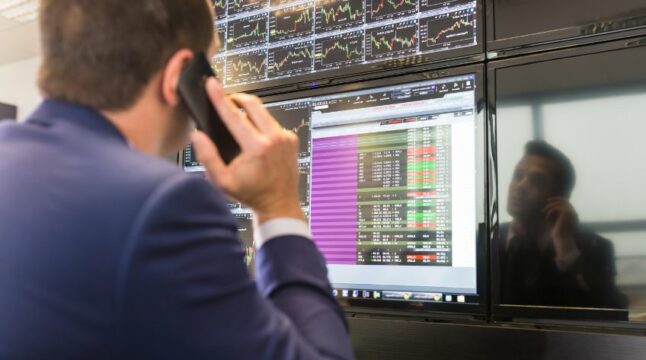 Over $64 million worth of inflows were recorded for digital asset products last week, with the recently launched Short Bitcoin ETF accounting for most.

Following the launch of the first “short Bitcoin” exchange-traded Funds (ETF) in the US, data shows that investors have taken a keen interest in the new product. According to Coinshare, digital asset investment products saw weekly inflows of about $64 million. However, a significant majority, accounting for about $51 million, went into the short-bitcoin investment product.

ProShares, a leading Exchange-traded fund provider, recently launched a “Short Bitcoin” exchange-traded product (BITI) in the US. The ETF allows investors to profit from any decline in the value of the flagship cryptocurrency. Notably, it is the first such ETF to be listed on the New York Stock Exchange.

Following its launch, data showed a spike in demand, with trade volume reaching $35 million in the aftermath of the launch. This increase came after a lackluster performance of the new product on its release. According to Yahoo Finance, the fund’s trading volume jumped to 886,200 shares, an almost 380% increase valued at nearly $36.2 million.

Subsequently, the trading volume for the new ETF continued to reach record highs even as the demand skyrocketed. According to the chart above, the combined recorded volume over the last week for the ETF was more than 5 million.

From 518,300 at the start of the trading week, the volume increased and crossed the 1 million mark on Thursday. By the week’s close, the ETF’s demand had seen its volume reach 1.5 million.

Consequently, the clamor for the Bitcoin short ETF comes when the price of its underlying asset has plummeted. According to Coinmarketcap, Bitcoin has declined nearly 70% from its all-time high price near $68,000 in November. At press time, the digital asset was trading at around $20,270.

With the crypto winter all but confirmed, several companies have continued to lay off workers, especially exchanges within the space. Meanwhile, FTX CEO Sam Bankman-Fried (SBF) hinted that more crypto exchanges are headed towards insolvency even as he provided bail-out funds for many of them.

Consequently, it is against this backdrop that ProShares has launched the new short Bitcoin ETF. The company expects traders to be able to take advantage of the price capitulation in the crypto market to make a profit.

However, the new product is unlike Proshare’s initially launched long Bitcoin ETF (BITO). The resounding success of the BITO launch saw the product hit a $1 billion valuation in two days, three times faster than gold. Nonetheless, both ETFs would trade in futures contracts listed on the Chicago Mercantile Exchange rather than the “physical” currency.

The BITI ETF  is intended to provide inverse exposure to the daily return of Bitcoin, minus fees and costs. It is also expected to diverge from this if held for extended periods, as with all inverse ETFs. It will resemble the BetaPro Inverse Bitcoin ETF (BITI) from Horizon ETFs, which debuted on the Toronto Stock Exchange in April 2021.

Aside from these two mentioned ETFs, the only other short ETP is the 21Shares Short Bitcoin ETP (SBTC), listed on the European exchange. This creates short exposure by borrowing Bitcoin and selling it on an exchange. It has generated a return of 127% since November.

Therefore, the lack of short Bitcoin ETPs has led several experts to believe there would be a rising demand for the product. Nate Geraci, president of The ETF Store, predicted “a very healthy market” for short Bitcoin ETFs. He suggested that they provide a practical and reasonably affordable means to short the price of Bitcoin. He said,

“I have no doubt they’ll find an audience, particularly given the current crypto market environment. There is certainly no dearth of bitcoin Perma bears out there who strongly believe this thing is going to zero.”

Coincidentally, the amount of inflows into the short ETF product gives credence to his notion. The offering has been tailored to fit the current market conditions. It also provides a cost-effective way for investors to short the digital asset, hence the massive support.

Do you think Short Bitcoin ETFs will continue to gain prominence as the crypto winter persists? Let us know your thoughts in the comment section below.