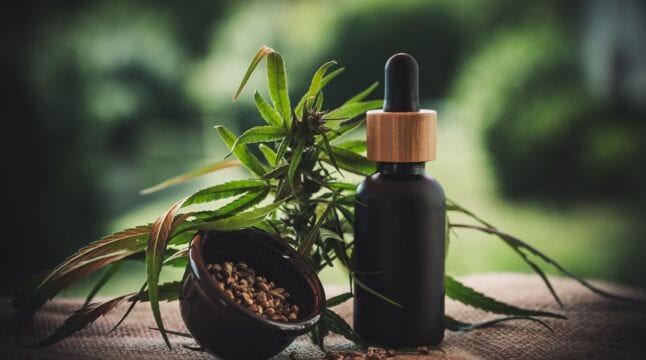 An upcoming US Senate bill may be the final nail in the “war on drugs” coffin, by federally legalizing and regulating marijuana. By September 1, 2021, legislators will review feedback, reformulate the draft, and then put forward a formal version for vote. If approved, which market players are best poised for this historic development?

Ever since the 1970s, marijuana users have faced an uphill battle to freely enjoy their pastime. Under the ‘War on Drugs’ framework, President Richard Nixon signed the Controlled Substances Act (CSA) on October 27, 1970, the law entering into effect on May 1, 1971. Predictably, this period from the 1970s to 1980s and onward coincides with an unprecedented incarceration rate explosion, leading to the increase of the prison population by over 1,500% within three decades – from 1970 to 2000.

To this day, the United States holds the top spot as the country with the highest number of prisoners in the world – 639 per 100,000 as of May 2021. Classifying marijuana as a Schedule I substance under CSA played a significant role in this trend. Overnight, possessing cannabis became the equivalent to other Schedule I substances – heroin, LSD, methaqualone, and ecstasy.

This year may mark a historic turning point.

Federal Legalization of Cannabis on the Horizon

Over the decades, many states have in some way lessened marijuana restrictions, from recreational legalization to making the plant available for medicinal use. As of June 2021, here is how the marijuana legalization landscape unfolds in the United States:

As you can see, there are few fully-illegal cannabis strongholds left. Nonetheless, the state law still cannot supersede federal law under which cannabis is a Schedule I controlled substance. This means that federal agents can still enforce the federal law despite the impression within the state that marijuana is completely legalized.

Moreover, the federally regulated banking sector tends to shut off its services to marijuana-based businesses. This makes even investing in marijuana penny stocks an obstacle.

This last remaining hurdle however, may soon break down with the introduction of the bill draft headed by Senate Majority Leader Chuck Schumer, Finance Committee Chairman Ron Wyden and New Jersey Senator Cory Booker. If it comes through, the bill would:

In this early stage, it is yet unclear how the bill would affect interstate commerce, although the transportation of cannabis would not be prohibited. This is quite important because many companies have developed parallel operations for growing and processing marijuana across states.

Under the current draft, regulating marijuana use would become a cross-agency endeavor between the FDA, the Transportation Department and the Department of Health and Human Services, the Alcohol and Tobacco Tax and Trade Bureau, and the Bureau of Alcohol, Tobacco, Firearms and Explosives.

Stonks only go up, right? $BB. $CLOV. Don’t miss the next big trend. Get the weekly newsletter simplifying the latest market developments.

Upon hearing that federal legalization of cannabis is on the legislative table, many pot stocks (largely Canadian) have surged last week, showing similar price pattern moves. Some of them are Sundial Growers (SNDL), Tilray (TLRY), Cronos Group (CRON), and Aurora Cannabis (ACB).

As you can see from the chart, by midweek on Thursday, they once again entered the downward trajectory. The question that is on everyone’s mind right now – is it time to heavily invest in pot stocks? Many have forgotten that GME and AMC were not the only stars during January’s short squeeze drama. Among mainly Canadian pot stocks that surged last week, Sundial Growers caught the day trading momentum all the way back in November.

To be sure, the marijuana business is a tough one. From growing the plant to selling it cost effectively, one has to deal with a saturated competitive market with over 7,000 marijuana dispensaries across the US – already. Then, there is the matter of delivering taxed products vs the black market. During the first wave of pot stock surge in 2019, one of the biggest players, Tilray (TLRY) and Canopy Growth Corporation (CGC), dropped between 50% to 90% despite doubling their revenues.

Why this happened is fairly easy to explain when the proper context is understood. When pot companies first entered the markets, there were only a few of them, thus enabling them to charge high prices for pot products. After more companies entered the marijuana playing field, the prices of their goods took a sharp nose dive. All of this points toward the leanest pot companies seeing the highest survival rates, those with:

Sundial fits the bill across these categories, having reported in Q1 a significant earnings upgrade since the last quarter, going from a loss of $32.7 million to a profit of $1.7 million. Furthermore, the company holds no outstanding debt while holding an impressive cash balance of CAD$ 752.7 million. With a head start like that, businesses usually go into competition acquisition mode, which is what Sundial did by buying Inner Spirit Holdings and Spiritleaf retail cannabis network for $131 million this past May.

This acquisition builds upon a $22 million investment in pot edibles via Indiva partnership.  Nonetheless, Sundial’s revenue is still down 30% YoY, once again demonstrating that pot stocks with staying power and large cash stockpiles are the ones to outlive the competition. The last time SNDL caught the attention of WSB traders in November, SNDL was at $0.280, surging by 642% to $2.080 on February 8th.

It is impossible to identify the price point that would be wise to enter the market once again for SNDL. In the upcoming months, it will become clearer if all Democrat senators are on board to pass the bill. When such a threshold happens, all major pot stocks could see a resurgence.

If the bill passes, do you think pot edibles will become more popular than alcoholic beverages? Let us know in the comments below.