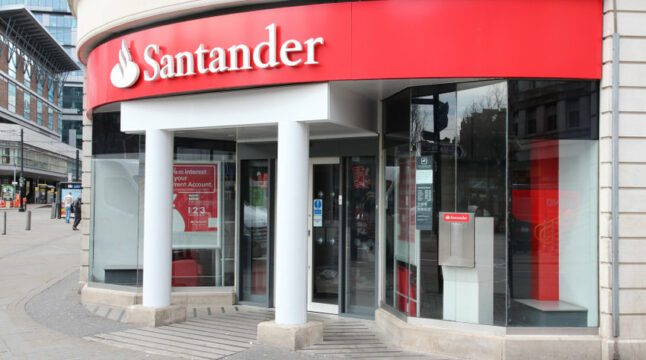 In inflation-ridden Argentina, tokenized commodities could provide much needed credit to the country's farmers.

Santander, Spain’s largest bank, has launched loans that can be backed by tokenized commodities in Argentina for farmers. The service effectively creates a new credit system, helping the farmers in the inflation-riddled country gain access to quick credit by pledging agricultural commodities like soy, corn, and wheat as collateral.

Santander Partners With Agrotoken to Provide Loans Backed By Commodities

Agrotoken is the world’s first “global tokenization infrastructure for agrocommodities.” The startup transforms grains into digital assets that can be stored or exchanged for inputs, services, and other assets. Eduardo Novillo Astrada, CEO and co-founder of Agrotoken, said:

“Together with Santander, we are co-creating various financial products to provide agricultural producers with a service with which they can easily and smoothly access a new credit system backed by their grains.”

The process is pretty seamless. Each Agrotoken represents a ton of grain that the farmer has locked, which is verified through a proof of grain reserve test (PoGR). Once the existence of the grain is validated, tokens are issued, which can then be exchanged for “seeds, vehicles, machinery, fuel, services and much more.”

Agrotoken anticipates that 1,000 Argentine farmers will be able to receive Santander credits collateralized with tokens based on soybeans (SOYA), corn (CORA), and wheat (WHEA) over the next six months. These tokens were initially listed in February on Matba Rofex, an Argentinian stock exchange.

Agrotokens: an Efficient Hedge Against Inflation for Farmers in Argentina

Data shows that Argentina has been suffering from an average inflation rate of 192.03% from 1944 until 2022. The country experienced its highest level of inflation in 1990 when inflations soared to above 20,000%. Even now in 2022, the country is suffering from inflation running at an annual rate of over 50%.

Meanwhile, since commodity prices usually rise when inflation is accelerating, they are deemed as a strong hedge against inflation. In simple words, farmers in Argentina can easily hedge their wealth against inflation by storing their capital in agricultural commodities and crops. However, they might not have the proper tools to store their grains for the long term.

This is where Agrotokens come into play. Farmers can lock their grains in a grain elevator, and receive tokenized grain in return, which can be easily stored in a digital wallet. This way, they haven’t exchanged their grain for depreciating fiat currency, and they also don’t have to worry about the troubles of securely and properly storing their grains.

And whenever a farmer needs cash to pay for a service, they can instantly exchange their tokenized grains for local currency at market rates.

Notably, Santander and Agrotoken plan to further expand their offering to include Brazil and the US by late 2022. These three countries jointly constitute 70% of global wheat, corn, and soybean production.

Commodities Surge Higher As Russian Oil Imports Banned in the US

Gold and a large number of other commodities have resumed their upward movement with more momentum after the US said it plans to go ahead with a ban on Russian oil imports.

On Monday morning, gold broke the key $2,000 level, marking its highest level since August 2020. As of now, gold is trading at $2,012, up by around 13% against the US dollar in the past 24 hours. Other commodities, particularly oil and natural gas, also surged higher.

Most notably, nickel prices doubled to a record $100,000 per tonne in a matter of hours on Tuesday in a short squeeze which reportedly leaves a Chinese nickel tycoon with billions of dollars in losses. Consequently, the London Metal Exchange (LME) canceled all nickel trades that took place in an unprecedented move.

Do you think tokenized commodities could become more common as blockchain tech becomes mainstream? Let us know in the comments below.