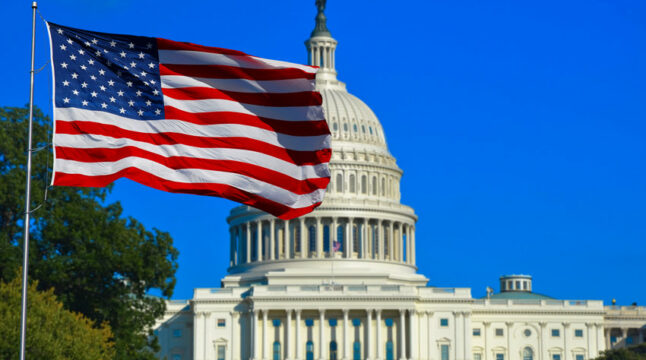 The legislation is considered as "the most comprehensive and well-thought-out stablecoin" bill to date.

US Congressman Josh Gotthiemer has drafted a new bill that seeks to provide clearer legislation on stablecoins. The bill allows banks and non-banks to issue stablecoins but mandates them to back their digital assets with reserve assets consisting of US dollars and US government-issued securities.

It categorizes stablecoins that are redeemable on a one-for-one basis with US dollars as “qualified stablecoins.” These stablecoins can be issued either by an insured depository institution such as a bank or a qualified “non-bank” issuer.

Mr. Gotthiemer detailed that non-bank issuers would need to maintain all reserves in assets deemed appropriate by the Office of the Comptroller of the Currency (OCC). The legislation also mandates non-bank stablecoin issuers to hold the cash collateral “in a segregated Federal Deposit Insurance Corporation (FDIC)-insured account.”

The draft bill provides the Office of the Comptroller of the Currency (OCC) with oversight over both stablecoin issuers. It also requires the Federal Deposit Insurance Corporation (FDIC) to develop a Qualified Stablecoin Insurance Fund. This fund would be used to ensure the redemption of non-bank issuers, further protecting customers.

Additionally, the legislation does not forbid the Securities and Exchange Commission (SEC) and the Commodities Futures Trading Commission (CFTC) from examining stablecoins to discover non-qualified ones. The watchdogs will also be able to examine other cryptocurrencies as potentially being securities and derivatives.

In a statement, Mr. Gotthiemer acknowledged that crypto, when properly regulated, would boost innovation. He said:

“The expansion of cryptocurrency offers tremendous potential value for our economy. But for cryptocurrency to grow and thrive here in the United States, instead of overseas, we must provide more direction and certainty to the marketplace to help boost innovation and protect consumers.

That’s why I’m releasing the Stablecoin Innovation and Protection Act to encourage cryptocurrency innovation in the United States, define qualified stablecoins, and protect Americans against bad actors like predatory entities and terrorists.”

“Rep. Gottheimer’s bill represents the most comprehensive and well-thought-out stablecoin legislation we’ve seen to date. We are pleased that Congress is taking a proactive approach by engaging with stakeholders in industry and government as they consider the best path for stablecoin regulation.”

The bill comes as US lawmakers discussed stablecoin regulation on Tuesday. While details of the meeting are not disclosed, it was expected that Nellie Liang, the Treasury’s undersecretary for domestic finance, would appear before the Senate Banking Committee on February 15.

The Controversy Around Tether’s USDT, the Largest Stablecoin by Market Cap

The bill is arguably welcomed by the crypto community as the controversy around stablecoins, particularly Tether (USDT), has been worrying. Tether, the largest stablecoin with over $78 billion in circulating supply, used to claim that all of its tokens are backed one-to-one by US dollars retained in cash reserves.

In a 2019 filing, Stuart Hoegner, general counsel at Tether, said that approximately 74% of USDT tokens were backed by “cash and cash equivalents”, with the remaining in a “less liquid form.” In the report, Hoegner acknowledged that Tether tokens are not backed 100 percent by cash or liquid assets.

A more detailed breakdown of Tether’s reserves by Paolo Ardoino, chief technical officer at Tether, in March 2021 revealed that only 2.9% of USDT tokens were backed by cash reserves. At the time, analysts voiced concern, saying that Tether would collapse in the event of a run. Frances Coppola, a financial analyst at Financial Times, said:

“There is a very real possibility that in the event of a run on USDT, Tether would be unable to realise sufficient real USD to meet redemption requests. The 1:1 peg to the USD is therefore not remotely credible.”

Do you think the bill would also find support among other representatives? Let us know in the comments below.