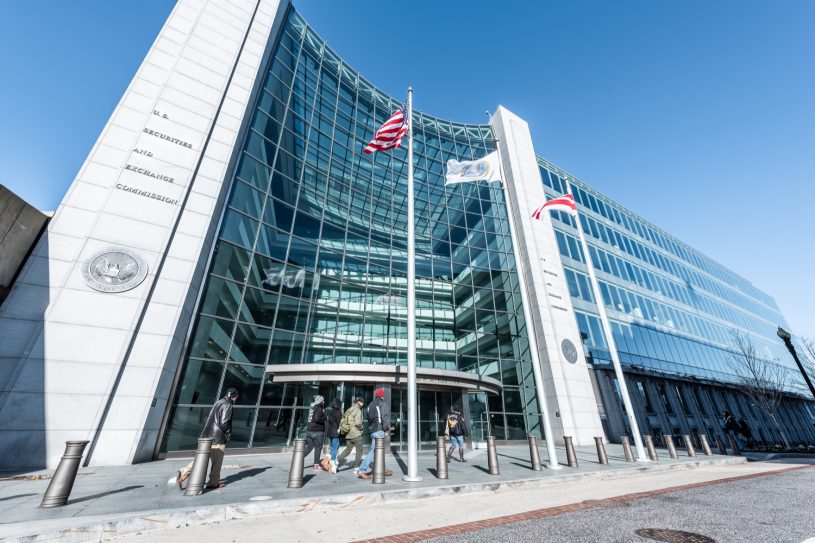 Key Takeaways: The SEC says Bitcoin is Not a Security

In a recent letter, the U.S. Securities and Exchange Commission (SEC) publicly claimed Bitcoin is not a security. While the move does not surprise those familiar with the digital asset industry, there is one invaluable factor displayed in the letter: the criteria the SEC used to determine whether or not a digital asset constitutes a security.

Is Bitcoin a Security?

Earlier this year, Cipher Technologies Bitcoin Fund submitted a registration statement to the SEC in an attempt to become a closed-end interval fund and an investment company under the Investment Company Act of 1940.

Through both written applications and a face-to-face meeting, Cipher maintained the position that Bitcoin is a security.

In a letter dated October 1st 2019, the SEC responded to Cipher, saying they disagree with Cipher’s position. According to the Howey Test and the SEC’s own framework for digital assets, Bitcoin is not a security.

In the letter, the SEC said,

“We think [your] conclusion is incorrect under both the reasoning of SEC v. Howey and the framework that the staff applies in analyzing digital assets. Among other things, we do not believe that current purchasers of bitcoin are relying on the essential managerial and entrepreneurial efforts of others to produce a profit. Accordingly, because Cipher intends to invest substantially all of its assets in bitcoin as currently structured, it does not meet the definition of an ‘investment company’ under the Investment Company Act and it has inappropriately filed on Form N-2.”

If Bitcoin were a security, the letter continues, “it would then raise substantial other issues”. One of them includes Bitcoin as a “publicly-offered security”, which could make Cipher— according to its own proposal— an underwriter of Bitcoin.

However, none of that is the case in the eyes of the SEC— the regulatory body responsible for enforcing the country’s federal securities laws.

How Bitcoin is Not a Security

The letter in particular does not constitute an official regulation. However, there are still some important takeaways which can benefit the entire digital asset industry.

First and foremost, we see official documentation where the SEC says Bitcoin is not a security.

But beyond that, we see some useful points concerning what criteria the SEC used to arrive at their conclusion.

One criterion includes the Howey Test. According to the famous case which made it all the way to the Supreme Court in the 1940s, a transaction constitutes a security if all four of the following criteria are met:

In addition, the SEC also referenced its previously published framework for digital assets.

Frequently, the cryptocurrency industry cites blurred lines and unclear regulatory guidance when it comes to digital assets and the SEC.

Coinbase and several popular cryptocurrency exchanges recently launched the ‘Crypto Rating Council’ to provide a clearer picture as to whether or not a cryptocurrency is deemed a security by the SEC.

Given the SEC’s recent letter, an important takeaway is this: watch for the SEC to continue to use both the Howey Test and its framework for digital assets when determining digital securities in the future.

What do you think about the SEC’s response to Cipher and publicly acknowledging that Bitcoin is not a security? Let us know what you think in the comments section below.