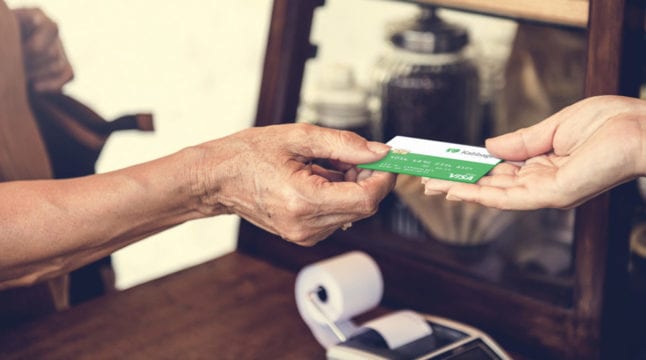 Kabbage Checking is a new business checking account built for small businesses that was recently rolled out. In many ways, the new account will work as a traditional checking account, giving the same features and capabilities. At the same time, there are a number of unique benefits that are added.

There will be no monthly fee attached to the account. Also, there is no minimum deposit requirement, and businesses can open an account and begin banking at any stage. To make deposits, customers can make use of participating retailers and service centers across the United States.

Kabbage currently has over 90,000 of such centers and retailers. And so, businesses will not likely have issues with completing deposits. For making withdrawals, this can be done at one of the 19,000 in-network ATMs in the United States.

For each small business that signs up with Kabbage, there is the option of opening up to five wallets. Through these wallets, they can track their business savings and manage their cashflow. They can also set up vendors, issue digital payments, and organize bills from their accounts.

As an accompaniment to the account, Kabbage rolled out their Kabbage Debit Mastercard, which is accepted by all merchants worldwide who accept Mastercard. Following the announcement of the launch, Kabbage President Kathryn Petralia shed some light on the company’s plans for more inclusivity. So far, she says, 225,000 small businesses have been able to access banking services through Kabbage.

These services, ordinarily, would only be available to very large businesses. This is a part of Kabbage’s business philosophy to aid businesses that are usually overlooked. Through their platform, Kabbage is hoping to help small businesses earn more, save more, and grow their business faster.

Since its launch, Kabbage has appeared to grow from strength to strength. In March 2017, they secured $500 million in fixed-rate, asset-backed notes. This funding received at the time was to be used to expand the amount, payback terms, and size of loans they would be giving out to businesses.

This proved to be a solid move as in 2019, they ended the third quarter with around $100 million in revenue. This success was credited to a 43% loan originator uptick in the same year. Their business model of offering loans to smaller companies proved to be successful as they gave out $715 million in loans in the same quarter.

Small Businesses Getting a Boost From FinTech

While this new feature was just announced, it is not the only thing that Kabbage has in store for the year. Later this year, Kabbage accounts intend to support wire transfers and mobile remote deposits. Currently, Kabbage account holders earn a 1.10% annual percentage yield (APY), which is one of the highest in the United States.

This development is impressive but is indicative of a larger pattern of the fintech industry, paying more attention to small businesses. For example, out of the $2 trillion CARES Act in the United States, only $200 billion will be distributed to small businesses. This likely means that many will have to seek loans from banks to stay afloat.

However, the banks are also likely to be inundated with loan requests, and as such, small businesses will have to look elsewhere. Fintech firms have already gotten on top of the issue, and many, including Kabbage, are already rolling out PPP loans on their platforms. As the pandemic rages on, it will become more apparent how effective these efforts will be.

Loans are not the only way by which COVID-19 has affected fintech positively. Fintech innovations have been used more widely as people and businesses have been forced indoors. In fact, recent reports suggest that fintech adoption has been up by 72% since the virus outbreak.

Do you think this new feature will help small businesses? Will the pandemic drive fintech growth? Let us know your thoughts below.