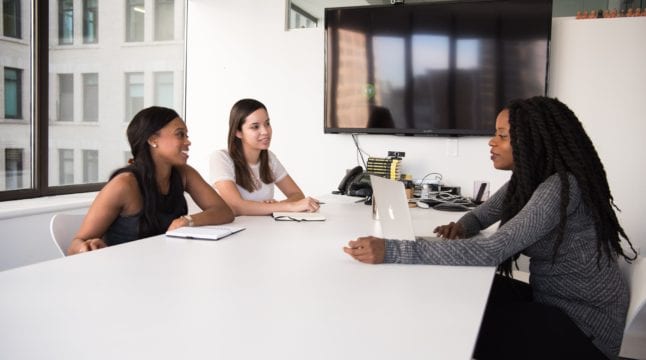 In Under 3 Months, Robinhood Boosts Female Crypto User Base by 700%

The last few months have been tough for popular trading app Robinhood from a PR perspective. One of the key “villians” in the GameStop saga – in the eyes of WallStreetBets at least – CEO Vlad Tenev has been cast as a dodgy hedge fund crony by everyone from traders to billionaires and politicians.

After a casual scroll on Reddit or Twitter back in late January or early February, you’d be forgiven for thinking that Robinhood was run by the devil himself. They faced a storm of controversy and lawsuits.

As the old adage goes though – there really is no such thing as bad publicity. Robinhood has seen both its userbase and valuation soar since, and recently announced some good news in a blog post.

Historically the world of investment was male dominated; calling it a “boys club” was stating the obvious.

With the millennial generation’s shift in ideals, along with the explosion of fintech and crypto over the last decade, many hoped that the disparity would start to fade. Did it though?

According to the World Economic Forum, by 2018:

Not a great look really, and terrible PR in the modern world for a technology that seeks mainstream adoption. In light of this, many were pleased at a recent Robinhood blog post in which the beleaguered platform highlighted some much needed good news.

In the post, Robinhood states that while men still trade crypto far more than women, the trend suggests signs of reversal:

“So far this year, the number of women actively trading on Robinhood Crypto has already grown 7x compared to the end of 2020, contributing to the rapid growth we’ve seen across crypto this year.”

What’s more, 40% of female active users are crypto traders, perhaps implying that crypto holds more appeal to women than the “stonks” that Robinhood is traditionally known for.

Robinhood notes that these figures are:

“Encouraging and prove that crypto can be a powerful tool in decentralizing power in finance.”

This was indeed the original aim of crypto and blockchain technology. Born out of the disillusionment of the great recession, crypto was intended as a digital money that cut out the historic and economic baggage of traditional finance – empowering the individual and cutting out the fusty old institutions.

To what extent this has been achieved is debatable. At the risk of speculating though – it is hard to imagine the libertarian, indivudualist ideals shared by many of the original Bitcoiners gelling well with glaring inequalities of representation on the platform – whether along social, ethnic or gender lines.

As an app that’s traditionally known as one of the most popular stock trading apps in the US, Robinhood’s crypto service has seen a serious boost in 2021. In particular, these new female crypto traders have been an important contributor to the massive growth of Robinhood crypto, which noted some 6 million new traders so far this year.

Keen to capitalize on the good news from both a business and a PR perspective, Robinhood highlighted its strategies for boosting the trend towards the eventual goal of parity.

According to an interesting Grayscale study, 93% of women would be more interested in crypto if they had more educational resources available to them. In light of this, Robinhood namedroped some of its (high-quality) crypto learning materials and committed to expanding them further, while also claiming (somewhat vaguely) that they “listen carefully to customers” when designing products.

Not the Villains We are Looking For?

Fundamentally, Robinhood is a business with the primary concern of making more money (even if that is through unpopular means such as payment-for-order flow). Women make up half of the population, and control over $10 trillion in total household financial assets.

If things shift and a significantly higher portion of women start buying stocks and crypto – through the trading app that everyone loves to hate – you’re talking about a potentially vast sea of revenue. Robinhood will be smart to run with that thread, and it would make sense if they did.

This is a case when economic incentives align with the possibility of positive social change.

Women’s economic power has been skyrocketing through the first decades of the 21st Century. It benefits everybody in crypto, regardless of gender, to have both strong financial participation across demographics but also the diverse voices in the community that proper representation provides.

It’s easy to dismiss Robinhood’s announcement as corporate virtue signalling. Wherever you stand on them though, this undoubtedly is positive news.

It’s also hard to deny that they have certainly made headway in their stated aim of “democratizing finance for all”. Let’s hope they keep it up, and crypto fulfils its ultimate potential as all the people’s money.

What do you think about the underrepresentation of women in crypto? Let us know in the comments!