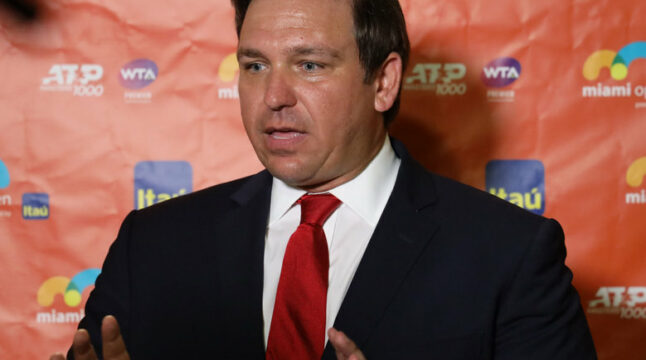 The State of Florida, which invested in Twitter through its state pension fund, may side with Elon Musk and his attempt to take ownership of Twitter.

Governor Ron DeSantis of Florida said the State of Florida could intervene in billionaire Elon Musk’s bid to buy Twitter. He made the proclamation at a press conference on Tuesday which was organized to sign a new bill that strengthens accountability in higher education.

Florida Could Pursue Action As Elon-Twitter Saga Drags On

De Santis made the statement in response to Elon Musk’s offer of over $40 billion to purchase twitter outrightly. The board of the social media giant responded to the proposal by opting for a poison pill strategy to prevent a hostile takeover from happening.

Consequently, with the state’s pension fund invested in Twitter, its governor believes they may not sit on the sidelines for long. He revealed that a move against the Twitter board might be forthcoming, accusing them of breaching their fiduciary duties. He further said that the investment had not yielded a great return and stagnated for many years.

Furthermore, DeSantis accused the microblogging platform of censoring voices, including the New York Post and Bumble Bee. He said Twitter uses its power to control the narrative while preventing people from speaking their minds. Yet they advertise themselves as an institution dedicated to the ideals of free expression.

Eventually, he backed Elon Musks’ attempt to purchase the company, believing it would bring about free speech to Twitter. This he thinks the board does not want that hence their rejection. Also, the fact that they can not easily control musk is a concern as well. He said,

“I don’t think that was a rejection based on financial concerns or business judgment. They rejected it because they know they can’t control Elon Musk. They know that he will not accept the narrative and that their little play toy of Twitter, it would not be used to enforce orthodoxy and to basically prop up the regime and these failed legacy media outlets. And so that’s why they did it. It was not, in my judgment, because it wasn’t a good business deal,”

When asked if the fund would consider selling its shares to Musk after offering to side with him, DeSantis rejected it. He said having the shares puts them in a position to demand accountability from a company that breaches their fiduciary duty.

Despite being vehement in his stance, there exists uncertainty about DeSantis’ case against Twitter. According to Bloomberg, the Florida pension fund holds 949,690 shares in Twitter as of Dec. 31. This gives its governor the standing to pursue a legal case against the platform.

However, it is unclear if DeSantis can do much else, which would mean government interference in the private industry. The laissez-faire economic theory exists to protect the free market from government intervention. Although the government controls the private sector through policies, it is limited in its involvement.

While the arguments over what Desantis can do rage on, the Musk-Twitter saga has taken a new twist. Musk, who made a $156 million profit after buying a 9.2% stake in Twitter, may have hinted at a possible tender offer. He posted a cryptic tweet with blank space for a word followed by the phrase “is the Night”.

Following the Tweet, speculation was rife as to its meaning. The statement was seen as a disguised reference to F. Scott Fitzgerald’s masterpiece “Tender Is the Night,”.  This implies that the world’s richest man may intend to directly approach Twitter stockholders to acquire their shares at a specified price over a set period.

Musk’s new post is his second in less than a week, which indicates that a tender offer for Twitter may be in the works. Over the weekend, he tweeted “Love Me Tender,” the title of an Elvis Presley song.

Reports suggest Musk is scrambling to find backers for his proposed bid to buy Twitter. Tesla’s CEO is angling to purchase through a complex deal that includes debt against the company and possibly his own stock. The deal will also involve a significant cash equity infusion from co-investors.

However, potential investors are concerned over his pattern of unpredictable behavior and taste for controversy. Nonetheless, Musk is willing to invest between $10 billion and $15 billion of his own cash in the endeavor.

Do you think Florida’s State Government has the right to interfere in the ongoing Musk-Twitter saga? Let us know your thoughts in the comments below.