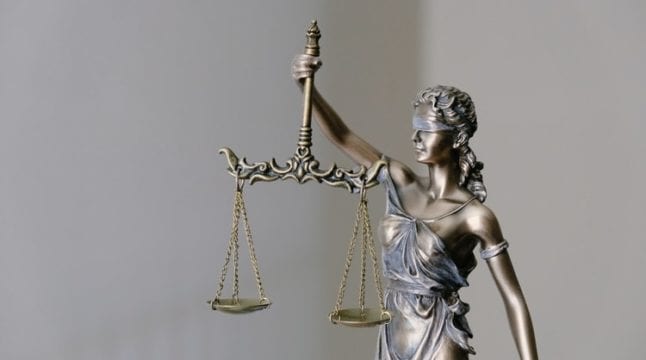 Hackers stole bitcoin and attempted to donate the assets to charity. Not all were accepting, however.

Unconcerned with the morality of their actions, DarkSide hacker-extortionists take the spotlight by giving away some of the stolen BTC to charities. Under the guise as arbiters of optimal resource allocation, are they trying to achieve notoriety or start a trend, no matter how misguided it may be?

Robin Hood mythology seems to be quite popular in the FinTech/crypto space. First, the Robinhood app changing the playing field by introducing zero-fee stock trading, forever setting a new standard and bringing high finance to the masses. Then, the Estonian AskRobin with its noble goal of bringing financial services to the unbanked of South America.

There is even the Robin Hood Cooperative community for prototyping new financial instruments. Although the historical basis for Robin Hood is much more inconclusive, nuanced and brutal, it does serve as a useful vehicle to express an evergreen struggle between the haves and the have-nots.

For the first time ever, an organized hacker group calling itself the DarkSide internalized the long-standing myth to funnel pilfered Bitcoin (BTC) into a couple of charities:

Both are well-known and high-profile charities, with each receiving about $10k worth of stolen BTC via The Giving Block crypto donation platform.

According to BBC’s reporting, the group regularly posts its goals and rationalizations on the internet’s underbelly – the dark web. Unsurprisingly, they try to entice you to accept their moral relativism at face value, according to the October 13 post:

“No matter how bad you think our work is, we are pleased to know that we helped changed someone’s life.”

This turned out not to be the case as Children International already refused to keep the “donation”. Darkside is not shy in revealing how it steals money.

Their primary source of income is extortion. Specifically, ransomware attacks in which the target’s files are in some way compromised, only to be unlocked upon a transfer of a certain cryptocurrency sum.

How Does DarkSide Steal Bitcoin?

We often forget that crypto exchange hacks are merely the most publicized thefts because they hold the potential for the greatest loot and disruption of the crypto space. More mundane daily-bread for these criminals relies on good old blackmail. Scam emails are still the favorite extortion racket of the hacker underworld.

Via email, they generally:

This is the lowest extortionist tier, requiring little skill. DarkSide is a tier above them, demanding between $200k to $2 million dollars from their victims.

Starting in August, the hacker group boasts of extorting companies not with bluffs but with completed intrusions into their systems. However, even at this elevated threat level, DarkSide makes sure to inform us they only target companies with deeper pockets and avoid organizations that are in some way directly benefiting society.

Usually, when people try to socially signal their virtue, they do it proudly under their real name. Otherwise, they would not receive the pleasant dopamine hit of people noticing and acknowledging their display of virtue. However, as wealth disparity widens, we may be seeing a new trend of wealth distribution attempts out of sheer outrage.

After all, this is what birthed the Occupy Wall Street movement. Millions of people raged against the growing chasm between the ultra-rich and everyone else. Post-corona, this has been exacerbated to the extreme. Few failed to notice the rise of record-breaking billionaire wealth amidst a deep recession and mass unemployment, at the same time as a whole generation is facing downward mobility.

Perhaps, DarkSide is trying to instigate other extortionist miscreants to follow their path, as an expression of social justice. Or, they may be simply expressing the zeitgeist of the culture. Whatever the case may be, the continued vulnerabilities in mobile network security remain clear.

Do you think there is such a thing as a company deserving of being ransomed so its wealth can come into more needy hands? Hit us with your thoughts in the comments below.