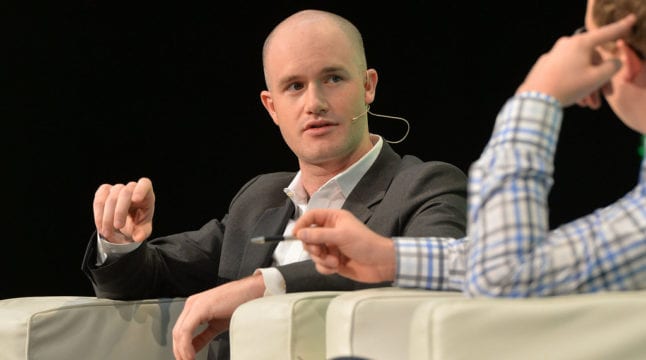 Coinbase CEO Brian Armstrong recently published an open letter. What does it mean for Coinbase, and its upcoming IPO?

Coinbase CEO Brian Armstrong caused quite a stir when he published an open letter expressing a new policy to be apolitical. Not only would Coinbase itself abstain from any political position, but it would not entertain any related acts from employees.

The fact that this caused a big stir should be unsurprising. Coinbase is one of the biggest exchanges in the United States and was, for a long time, the go-to exchange for many people. To Armstrong, this may be about keeping the company on its path to be “mission focused”, but many see it differently.

Interestingly, the response has not been all critical, with some parties praising Coinbase’s decision to stick to its business vision. In fact, some people, including one employee, have praised Armstrong for trying to stay out of politics. The response has been truly divisive. Although avoiding to take a stance is sort of a stance in and of itself, some would argue.

With an IPO coming up, the letter’s publishing becomes much more interesting. Will it affect Coinbase going public? Will investors shy away from it if they feel that Coinbase is not involving itself in topical discussions?

If Bitcoin is Involved, is Coinbase Really Apolitical?

Twitter and Square CEO, and founder Jack Dorsey also weighed in on the drama, saying that Bitcoin is fundamentally an act of activism. Dorsey is a known supporter of Bitcoin, and Square itself supports Bitcoin purchases on its CashApp.

Personally, it seems like Jack Dorsey is right when he says that Bitcoin is, by its very nature, activism-oriented. Afterall, cryptocurrency was born as a direct reaction to the behavior of banks and financial institutions that led to the 2008 recession. Bitcoin and the cryptocurrency market is a grass-roots movement to build a better, fair, and some would say “equal” financial environment.

Dorsey has iterated the belief that Bitcoin is a revolutionary, people-first money on multiple occasions. Surely, some Coinbase employees are in the cryptocurrency space to fight against the “exclusionary financial system” that Dorsey refers to.

In the memo, Armstrong said that those who did not appreciate the policy would be given a “generous” severance package. Coinbase is clearly determined to stay out of politics. But will this affect public perception going into the future?

Will Coinbase’s Reputation Affect Its IPO?

Coinbase could have faced a milder response if they hadn’t already irked the community with past decisions. The company, along with other major centralized exchanges, have affected different deals or experienced incidents that have damaged their reputations.

Indeed, Armstrong must have known that this action would have brought a negative reaction. Perhaps Coinbase is looking at more actions and changes — like that of the DHS deal that might draw even more scrutiny. Perhaps the statements are meant to set the expectation that Coinbase will serve its mission above all else.

✅ Confused about Bitcoin? Learn the basics of investing in Bitcoin.

Coinbase’s reputation had been taking a hit for other reasons too. The recent offloading of Coinbase Pro’s withdrawal fees onto users received flak. Outages and downtimes earlier this year were also criticized, most notably during the March market crash.

On a philosophical level, it appears that Coinbase is not sticking to the ethos of Bitcoin, but that — in and of itself — should not really affect the way investors look at it. The IPO will strongly be based on the numbers. After all, several businesses in the past have stayed indifferent, or have even taken opposing stances, only to go on to success in the market.

In fact, investors will likely be raring to participate in an IPO of one of the biggest names in the cryptocurrency industry. Long-term, however, things might change. Several Silicon Valley companies are implementing new policies spurred by topical conversation and complaints.

We don’t know if Coinbase is against changes to the policy, but no doubt the questions will eventually arise. In other words, as was the case with the DHS deal, people will keep more of an eye on Coinbase. If users leave because of the exchange’s ethics, that may, in turn, affect long-term prospects in a very competitive space.

It is true Silicon Valley often finds itself embroiled in political drama, with company executives and employees forced into making decisions. Incidents are often the worst at the biggest companies at the center of politics, like we’ve all seen with Facebook. But the growth of tech and its role in national development will invariably turn the spotlight to all companies.

Coinbase has clearly been taking steps to gel with regulators, and it believes that cooperation is the way forward. Whether some decisions will ruffle the public enough for business to falter is something only time will tell.

The IPO will likely be unaffected by Armstrong’s letter, but its long-term reputation and dealings might take a hit. This is all speculation, of course. For the moment, it is likely the incident will blow over, and the IPO will be successful. But in an increasingly political environment, this apolitical stance could make things difficult for Coinbase.

💡 Looking to trade stocks and crypto from the same app? Check out these top stock trading apps — most of which now offer access to crypto.

What do you think of Coinbase’s apolitical stance? Is it possible for companies to stay out of politics in today’s hyperconnected world? Let us know what you think in the comments below.