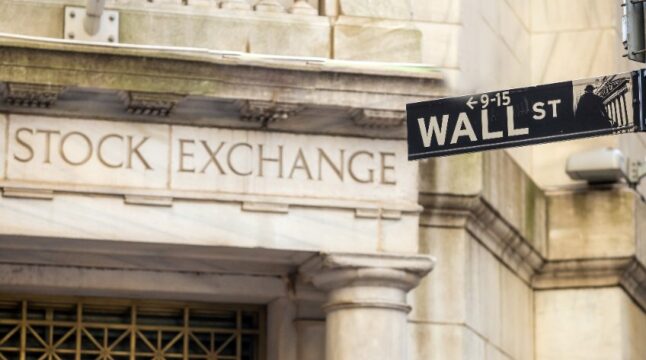 Chamath Palihapitiya, a prolific venture capitalist and SPAC sponsor, has announced a $1.61 billion withdrawal. After having failed to find targets for two SPACs, Social Capital Hedosophia VI ($1.15b) and Social Capital IV ($460m), Palihapitiya filed for investor cashback on Tuesday.

Dubbed the “SPAC King”, Palihapitiya has been the key promoter of the special-purpose acquisition company (SPAC) model, a shortcut to turning private companies public without IPOs. His withdrawal marks the end of a two-year SPAC spree, a speculative trend triggered by the Fed’s liquidity pump.

Why is the SPAC King Throwing in the Towel?

SPAC shrinkage is driven by two main factors: increased SEC scrutiny and increased cost of capital as the Fed continues its interest rate hikes to combat inflation. As the CEO of Social Capital he founded in 2011, Palihapitiya noted two culprits for failed deals worth $1.61 billion – volatility and valuation.

“Over the past two years, we evaluated more than 100 targets and while we came close to doing a deal several times, we ultimately walked away each time for a couple of reasons,”

SPACs work by creating publicly listed shells (blank check companies), for the sole purpose of raising funds. Once they attract sufficient investors, funds are used to acquire a private company, turning it public without the protracted initial public offering (IPO) process. Specifically, a 180-day lock-up, by which shares cannot be sold by the company’s insiders, such as founders, managers, owners, and employees.

Having accrued 1.5 million Twitter followers, Palihapitiya didn’t shy away from using social media to attract investors via his SPAC-facilitating platform, Social Capital. The platform’s first major SPAC deal was Virgin Galactic, turning it public in October 2019, having raised $100 million. That was on top of raising $674 million in 2017 via Social Capital Hedosophia SPAC.

However, not only has Palihapitiya failed to find targets for his largest two SPACs, but the previous ones have devalued significantly. Starting with Virgin Galactic (SPCE), Clover Health (CLOV), SoFi (SOFI), and Opendoor (OPEN), their stocks plummeted once the Fed started draining excess liquidity.

In such a new macroeconomic environment, investors are left spooked. After Social Capital Hedosophia VI (IPOF) and Social Capital IV (IPOD) SPACs failed to find merger targets, their stocks are back to $10 IPO value, with $1.61 billion returned to shareholders.

The SEC and the FED: Dual Combo for the SPAC Killing Blow

In May, we saw a definitive end to the SPAC boom as Goldman Sachs announced its withdrawal. Overall, the SPAC scene deflated by -700% compared to 2021, which is a return to the 2019 level.

The SPAC’s boom-bust aligns with the Fed’s quantitative tightening. From March 2020 to May 2022, the Federal Reserve stimulated the economy by increasing its balance sheet by +107%, from $4.3 trillion to $8.9 trillion. Inevitably, this triggered 40-year high inflation. Now laser-focused to reduce the inflation rate to 2%, the Fed is resetting the cost of capital.

Moreover, the SEC started targeting SPACs key benefits. One of them was pressuring SPAC executives to treat redeemable shares as temporary. By shifting away from permanent equity, it has become more difficult to get listed on Nasdaq due to its minimum equity capital.

It seems that SPACs are just like altcoins, reliant on speculation generated by the Fed’s temporary liquidity generosity. Do you foresee a return to these conditions? Let us know in the comments below.