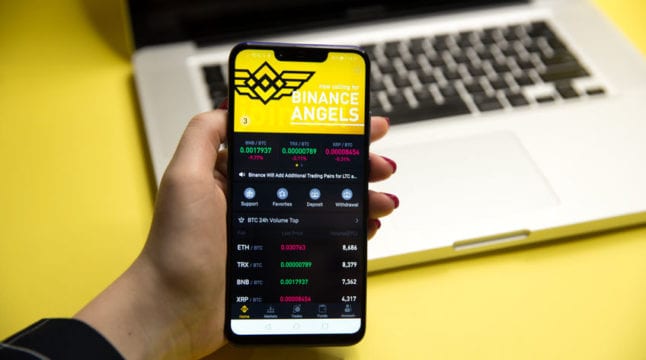 According to a recent report issued by The Financial Times, European regulators are currently investigating further into securities laws non-compliance by Binance’s newly released tokens. Specifically, Germany’s regulator BaFin is concerned that the tokens don’t provide an investment brochure, as is required for securities.

In response to the watchdog, Binance commented that the tokens are classified as an official CM-Equity product, which handles custody for acquired shares and doesn’t require a prospectus. At the same time, the exchange pointed out that these assets are compliant with  the European Union’s MiFID II markets rules, as well as BaFin’s banking regulations.

A lack of clear regulatory guidance has plagued the integration of blockchain and regulated securities for quite some time, making BaFin’s reaction somewhat expected. Per the report, Binance currently offers a one-page service agreement and important risk disclosure documents for token investors, but these fail to meet regulatory requirements. Experts have pointed out that there is also ambiguity surrounding the presentation of the tokens as securities or derivatives.

In Hong Kong, Binance’s marketing campaign around the Tesla stock tokens may represent a violation of the city’s securities regulations, according to a recent report by a local news outlet on Wednesday. In the article, Gaven Cheong, Simmons & Simmons law firm partner, explains that the exchange doesn’t have the licence to operate in the region, since Hong Kong isn’t listed in the jurisdictions that allow it to operate and market with security tokens.

The pending license should be issued by the Securities and Futures Commission (SFC), the city’s top financial regulator, according to Cheong.

However, the SFC already released a statement referring to security tokens as “likely to be securities” back in 2019, so it remains to be seen how the exchange and the regulator will proceed in this matter.

Playing by the Rules

As a fairly new asset type, Binance Stock Tokens reportedly follow regulations to operate as tokenized versions of select stocks. Naturally however, this all depends on the local regulations where investors reside. The measures include those of a centralized exchange, requiring users to complete a thorough KYC process including facial recognition to access the stock tokens service.

According to Binance, the tokens allow users outside the US, China and Turkey to trade equity shares with a token that represents a share in a stock corporation like Tesla. The tokens also allow investors to buy even one-hundredth of the stock—as Tesla is currently trading above $700—with transactions settled in Binance USD (BUSD).

The legal status of Binance has been stated by Changpeng Zhao, Binance’s chief executive, as a “very regulated” group of operating entities. According to Zhao, the exchange depends on the regulation of each jurisdiction where it operates, so more regulatory inquiries could be on the way following these recent events.

How do you see the future of Binance Stock Tokens unfolding? Will regulatory issues remain a hurdle? We’d like to hear from you in the comments below.