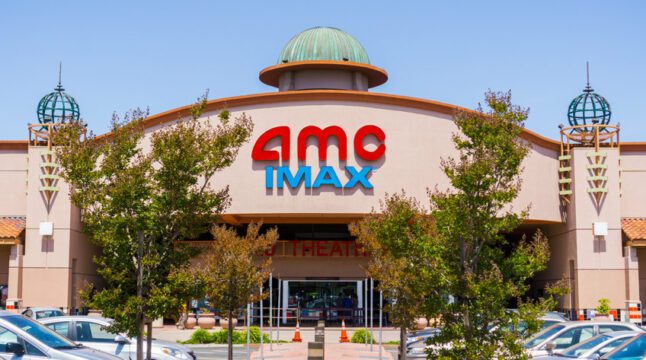 RenTech has sold 75% of its Tesla holdings, and has tripled its stake in AMC.

Day by day, AMC proves to be more of a great business than a meme stock that just got lucky and burst in value. The company posted impressive numbers in Q2 2021, garnering $445 million in revenue, up by over 44% on a YOY basis.

James Harris Simons is an American billionaire hedge fund manager and a mathematician. He is the founder of Renaissance Technologies (RenTech), one of the most successful quantitative hedge funds ever. His fund is known for using mathematical models and algorithms to analyze stock movement and predict the markets.

As of July this year, the New York-based hedge fund RenTech had over $130 billion in assets under management (AUM). Gregory Zuckerman, writer at The Wall Street Journal, claims in his book that Simons’ algorithms assimilate data from as early as the 1700s, taking even the smallest market fluctuations into account.

This comes as no surprise since Simons is recognized for his studies on pattern recognition. Simons has spent decades in the academic world, teaching math at top-tier universities like Harvard and MIT.

Renaissance Technologies (RenTech), a quantitative investment management firm, has an impressive track record among its peers. However, the company has been showing a weak performance since the start of the pandemic.

Data acquired from Bloomberg reveals that Jim Simons also has a secretive fund dubbed “Medallion Fund,” which is only open to around 300 employees, 90 of whom are PhDs. The report calls the fund a “money-making machine,” and claims it has generated over $55 billion in profit over the last 28 years.

When shorting AMC at the beginning of the year, no hedge fund would have thought the movie theater chain would attract other hedge funds by mid-year. However, following an incredible performance in Q2 2021, which beat the earnings estimate by a wide margin, the company is now stirring up institutional attention.

Renaissance Technologies, which held approximately 516,000 AMC shares by March this year, has more than tripled its stake in the firm. Cumulatively, RenTech now owns more than 1.8 million shares.

To afford the investment in AMC, the hedge fund has ostensibly sold its shares of Elon Musk’s electric vehicle firm. RenTech has sold over 75% of its Tesla holdings last quarter, cutting its position from over 820,000 shares to around 200,000 shares.

By mid-2019, RenTech held approximately 3.5 million AMC shares. With the current prices, this number of shares would have been worth around $200 million, courtesy of a surge in AMC stocks earlier this year. Interestingly, by June, during the peak of the AMC saga, around 80% of the movie theater’s shares were owned by retail investors.

All in all, Jim Simons’ bet on AMC is very bullish for the cinema chain as this is considered an approval from one of the world’s leading hedge funds. It is worth mentioning that AMC is also striving to bring innovations. Just recently, the company announced that it will accept Bitcoin for movie tickets and concessions at all of its theaters by the year-end.

Join our Telegram group and never miss a breaking FinTech or DeFi story.

Do you think more institutional investors will follow suit and invest in AMC? Let us know in the comments below.