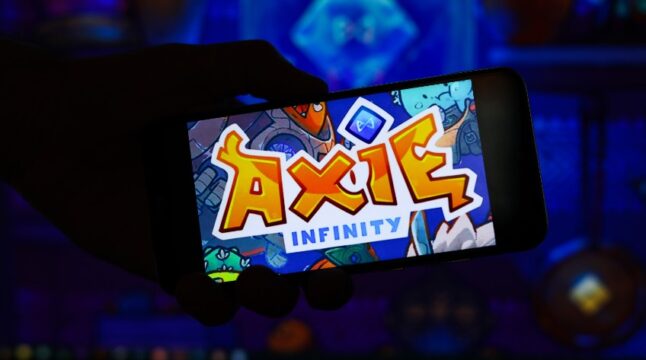 AXS, the native token of Axie Infinity, gained more than 18% over the past week amid the excitement around the update.

Axie Infinity, a blockchain-based video game that utilizes NFTs to identify digital items uniquely, has seen a spike in its trading volume after a new update called “Axie Core” was announced. Likewise, AXS, the native token of the project, has registered considerable gains, increasing by more than 18% over the past week despite the overall sour market conditions.

What is the “Axie Core” Update?

In a bid to improve the Axie experience, the team behind the project has recently announced the “Axie Core” update. In short, the update introduces accessories that will allow players to customize the appearance of their pet Axies, which could help substantially enhance user experience and render a unique effect.

Furthermore, players will be able to trade these accessories as NFTs as they can trade their Axies. This can reduce reliance on power boosts by introducing a new lever to catalyze the in-game economy. In a Substack post, the team said:

“Axie Core is the foundational glue for all axie gaming experiences and will create a flywheel between the gaming and collectible areas of our ecosystem. This will in turn increase the emotional bond between our players and their axies, helping to drive a stronger, more resilient community & economy.”

Axie Core also introduces part upgrades, allowing users to upgrade the collectability and personality of their Axies. For instance, mystic parts will have unique art for their upgraded paths to further distinguish them. All in all, there are 5 key features included in the update:

“We believe that the key to entering axie’s next act will be through the angle of collectability. This will enhance and add to a sense of progression and purpose across our full ecosystem of games,” the team behind Axie said.

Following the news about the Axie Core upgrade, Axie saw a steep rise in its trading volume. According to DappRadar, the project’s trading volume increased by 800% to $10.4 million on Wednesday.

The Rise and Fall of Axie Infinity

Axie Infinity surged in popularity over the past year and became one of the most popular games in the blockchain industry. The game had 30,000 daily active users in April 2021, skyrocketing to over 1 million by August of that year.

Furthermore, Axie’s revenue was a humble $1.92 million in January last year, which jumped to over $120 million by July, representing a growth of over 6,000%. In addition, the game generated a staggering $343 million in revenue fees in the month of August, up by over 50% on a month-over-month basis.

However, the game suffered a severe drop in daily revenue and public interest in 2022 amid the broader crypto market downturn. Ronin, the sidechain for Axie Infinity, was also exploited to the tune of over $600 million in late March, which further deteriorated user interest and confidence in the game.

Nevertheless, many in the crypto industry believe that the recent downturn is temporary and that the project will pick up momentum again as soon as the broader crypto market starts to recover. It remains to be seen if Axie Infinity manages to gain over 1 million active users once again and compete with emerging blockchain-based alternatives.

Do you think Axie Infinity will be able to reach all-time highs in terms of popularity once again? Let us know in the comments below.