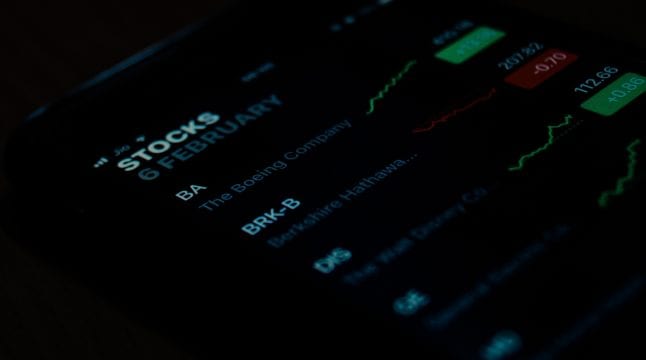 3 Stocks to Consider Under the Fed’s New Monetary Policy

Corporate consolidation shouldn't stop you from doing your homework.

The Fed’s recent policy shift captured the headlines as it portends a new economic era in the post-COVID world. Corporations are breaking all record of growth while small businesses and jobs keep vanishing. What does this mean for the stock market in the near future?

Last week, over one million people filed for unemployment claims, just like the week before it. As the government culled Main Street by preventing people from leaving their homes, Wall Street keeps breaking records. In the middle of this mass unemployment, Jeff Bezos, the CEO of Amazon, grew his personal wealth from $115 billion in January to $200 billion in August.

In order to try to lessen such stark contrast, the Federal Reserve chairman, Jerome Powell, created a new policy framework in which inflation would be allowed to surpass 2%.

The purpose of this drastic change in policy is to facilitate a robust job market. For decades, the dominant trend was that of increased saving and reduced investing. As a result, interest rates have gone down across the world. Some may even say that this framework has a vampiric effect on the economy, just as Chairman Powell observed:

“We have seen this adverse dynamic play out in other major economies around the world and have learned that once it sets in, it can be very difficult to overcome. We want to do what we can to prevent such a dynamic from happening here…”

According to Joachim Klement, investment strategist at U.K. brokerage Liberum Capital, the Fed’s new shift in strategy will create an effect similar to what Japan has been experiencing for the last couple of decades. For at least the next five years, Klement projects an economic environment of real (inflation-adjusted) and nominal interest rates.

Nominal rates will have to be low because quantitative easing will have to continue to maintain the yield curve. In other words, we will leave current depressed rates but not too much unless we want to make it difficult to borrow. At least, this is what the economy will look like in the future, according to Klement.

Translated into the stock market, Klement projects that during the next 12 months, growth stocks are likely to outperform.

“However, low nominal and real rates mean that discount factors for future cash flows will decline and with it, stock market valuations are likely to increase. Stocks with a larger portion of cash flows further in the future (in other words growth stocks) experience a stronger rerating than high dividend stocks and stocks with less growth,”

In short, you can look forward to investing in S&P 500 companies with low financial leverage and strong sales and earnings. This profile fits many such companies, some of which are:

We had already covered Alexion Pharmaceuticals and Adobe. However, you should take such a generalized growth trajectory with a grain of salt because it excludes a number of important factors. Let’s take the examples of Nvidia and Micron Technology.

On the surface, Nvidia is trampling its competition, AMD and Intel. At least, if we take notice that Nvidia has overtaken Intel in terms of market capitalization. However, Intel’s revenue for Q2 2020 was $19.7 billion, while Nvidia’s revenue was $3.8 billion. Nvidia’s closest rival, AMD, reported a revenue of $1.93 billion.

Special:
Get a Free Report on the Impending Marijuana Boom.

There is little doubt that Nvidia’s outlook is good but by how much? AMD was tremendously successful with its Ryzen CPUs, and it will be even more successful by supplying its processing power to Playstation 5, which is projected to generate AMD several hundreds of millions of dollars for Q3 alone.

In comparison, Nvidia’ Tegra chip in Nintendo’s Switch consoles is set to generate $100 million in revenue for the same time period.

More importantly, upon reporting Nvidia’s Q2 earnings, its stock was surprisingly dormant. This means that investors are already under the impression that Nvidia is overvalued, just waiting for a downturn period.

One would think that a leading memory manufacturer would be fortified against recession, but is it against this kind of recession?

To make things worse for Micron, they recently had to announce that, due to the US-China trade war, they would have to cease their memory shipments to Huawei, on September 14. This represents a significant blow to the company, affecting at least 10% of its revenue. Furthermore, in such a delicate supply chain, it usually takes four months for these components to be delivered to the customer, making this forced decision that much worse.

The geopolitical strife between China and the US could further harm Micron, as it is a supplier of chips to Chinese Bytedance (TikTok) and Tencent. Nobody knows if the relations with China will worsen, but the signs of improvements are certainly not there.

In conclusion, Klement’s reasoning is sound, but take care to not look from a vantage point too high to see the details.

📈 Ready to trade stocks? Get started with the leading stock trading apps. Most will enable commission-free trading directly from your smartphone.