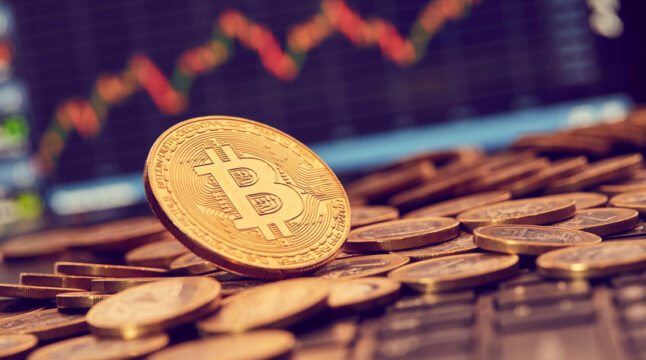 Friday saw an incredible rally in crypto prices that drove bitcoin up almost 10%. While some are convinced of the rally, others are warning of a value trap.

Bitcoin topped the psychological level of $20,000 on Friday, rising alongside tech stocks as represented by the Nasdaq Composite, which rose 2% compared to bitcoin‘s roughly 10% jump. Before Wall Street ended its trading session, bitcoin had topped $21,000 as well.

The question now is whether the rally has real staying power — or is just another dead cat bounce.

What Drove the Rally?

A very slight weakening of the U.S. dollar is being credited with the bounce in bitcoin prices. The dollar has gotten remarkably strong this year, so even a slight weakness has been enough to trigger big moves in other assets, including cryptocurrency.

Other cryptocurrency prices also climbed, including ether, which rose more than 4% leading up to the merge. The event is set for later this month which should make the cryptocurrency far more efficient when it transforms from proof-of-work to proof-of-stake.

The value of the entire crypto market also surged, surpassing $1 trillion again as a result of the rallies in multiple tokens.

Will the Rally Continue?

Vijay Ayyar of crypto exchange Luno told CNBC that Friday’s rally could merely be a “bearish retest” of the range between $22,500 and $23,000. As a result, he suggested that unless bitcoin breaks that level “convincingly” with a close above it, the rally may be only a bearish rally “that could see more ranging and downside.”

The cryptocurrency is off its all-time high seen in November by more than 60%, driven by the Federal Reserve’s aggressive rate-hiking cycle. Rising interest rates have made risky assets like cryptocurrencies and stocks less attractive because safer investments are actually earning interest. Additionally, high-profile bankruptcies have swept through the crypto industry, also weighing on investor sentiment.

Revolt, a well-known angel investor and trader tweeted that multiple metrics had been “screaming bottom is in” for weeks. He added that he’s been calling the bottom since mid-June, and he sees an 80% to 95% probability of that now.

Revolt also highlighted some on-chain metrics and bullish signals he identified from price charts, one of which was the end of capitulation that bitcoin miners saw last month. He admitted that he could be wrong, but he firmly believes that a longer-term uptrend is beginning.

However, analyst and trader Rekt Capital advised caution in calling the bottom in bitcoin. Looking at the cryptocurrency’s weekly chart, he advised traders not to compare Friday’s reversal to a similar situation from 2018 because there is currently no guaranteed macro bottom.

Poised for a Breakout?

While crypto enthusiasts debate the potential longevity of the current rally, it’s worth pointing out that some experts might have predicted Friday’s tremendous rally. However, it should be noted that there are almost always some crypto experts calling for a fresh rally.

Earlier this week, CryptoQuant told Bloomberg that the crypto market appeared to be poised to break out of its narrowest trading range in nearly two years. One gauge showed earlier this week that the leverage ratios for bitcoin and ether were at the highest levels ever recorded — even though the prices of both tokens were both off by more than 50% year to date.

According to CryptoQuant, the gauge is calculated by dividing the amount of open interest for perpetual swap contracts by the number of coins held in reserve on exchanges. Darius Sit of Singapore-based crypto finds QCP Capital told Bloomberg that people thought the market had stabilized and were willing to make larger speculative bets. He added that traders who saw a tail risk, or the possibility of losing a significant amount of money due to a rare event, were “getting priced out.”

Generally, crypto traders favor perpetual contracts, which don’t expire like traditional futures. According to Bloomberg, traders prefer such contracts partially because they enable them to keep their highly leveraged positions in place.

Last week, bitcoin traded within a tight range of around 5.4%, the narrowest range since October 2020. Two years ago, a months-long rally followed that lull and eventually pushed the cryptocurrency up to what was a record high in April 2021.

What do you think about Friday’s steep rally? Share your thoughts in the comments section below.