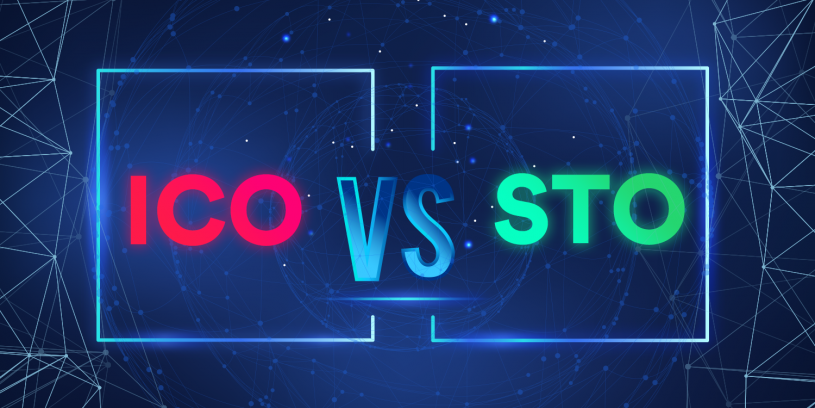 What’s the Difference Between an ICO and an STO?

The Initial Coin Offering (ICO) and the Security Token Offering (STO) feature some similarities, but ultimately differ drastically. The following explains how.

The Difference Between an ICO and an STO Explained

In 2018, ICOs raised nearly $8 billion. But as many know too well, the ICO wave has since come crashing down.

ICOs now raise about 58 times less than they did just a little more than one year ago.

In the midst of such an atmosphere, the STO emerged. So far, the nascent industry has featured 64 STOs which raised an accumulative total of $1 billion. In Q1 of 2019 alone, STOs saw a 130% increase.

So, what’s the difference between the two?

In some ways, they’re similar. They are both fundraising methods where capital is raised in return for a digital asset. When the lens is zoomed in however, many differences come to light.

The majority of ICOs featured utility tokens. In this case, a token holder invests in a digital asset which has a certain function in a blockchain-based ecosystem. This ecosystem, is yet to be built however. Importantly, ICOs bypassed the majority of laws associated with fundraising since the technology was so new. Regulatory authorities, such as the SEC, didn’t like this very much.

That’s why many claim the real value of an ICO rests in the circumvention of intermediaries and costly, law-abiding processes. Instead, ICOs provide a cost-efficient transaction with reduced middlemen between two parties.

This is where the ICO and the STO differ.

STOs explicitly abide by their applicable laws and regulations, which depend upon the jurisdictions of the company launching the STO and its investors.

This is because when an investor participates in an STO, they expect to receive benefits just like traditional securities investments. Investors typically expect the value of an asset to increase, or to receive dividends, etc. Companies must therefore abide by certain laws and requirements to protect these investors.

In the United States for example, these laws are established by the SEC, which was created in 1934 as a result of the great depression. According to its website, its mission is “to protect investors; maintain fair, orderly, and efficient markets; and facilitate capital formation”.

Already, STOs have been implemented in several domains of traditional financial securities. These include equity, real estate, investment funds, and even fine art.

The advantages of compliantly using blockchain technology to raise funds include added liquidity, fractional ownership, reduced middlemen, and an interoperable financial realm. These are anticipated to bring significant disruption to the obsolete world of traditional financial securities.

Even with these benefits however, the real value of an STO— when compared to an ICO— rests in regulatory compliance.

For more on the STO, be sure to review our comprehensive security token guide.

What’s your prediction concerning the future of STOs? Share your thoughts with us in the comments section below.