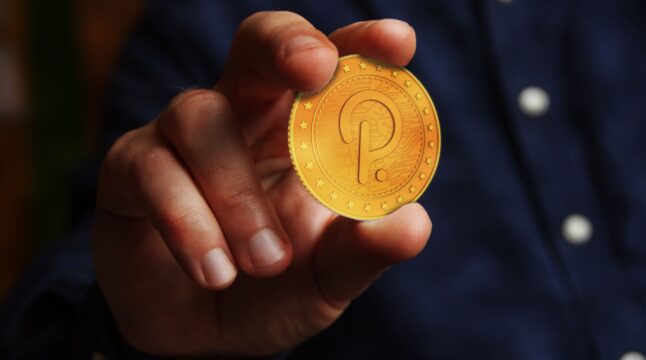 The Web3 Foundation recently detailed their 3-year journey with the SEC to help morph DOT tokens away from being a security.

In a post from Friday, the Web3 Foundation Team announced that they believe they’ve reached a milestone in “morphing” Polkadot’s DOT token away from being a security and into being software. The achievement is reportedly the culmination of 3 years of work with the SEC.

According to the post, much of the work done on DOT is based on the Framework for “Investment Contract” Analysis of Digital Assets (the Framework) published by the SEC’s FinHub. The Framework details how the Howey test can be applied to digital assets, but also the circumstances under which a digital asset can no longer be considered a security.

As we saw it, the stakes were high, and the margin for error was slim. Whatever it took in order for DOT, the native token of the Polkadot blockchain to be — or to become — a non-security, we were willing to do it. And so, we decided to try to take the SEC’s FinHub staff up on the offer to “come in and talk to us.”

The Web3 Foundation team goes on to detail that they worked with the SEC for over three years and describe their experience as positive with the SEC welcoming meetings with the team and fostering “a spirit of open communication and dialogue.” According to the post, this cooperation led to the creation of a “workable theory” for morphing decentralized projects out of the status of “a security.”

The view of the team is that they have successfully completed the process of turning DOT into software: “Consistent with the views that we have shared with the SEC staff, we are pleased to announce that DOT, the native digital asset of the Polkadot blockchain, has morphed.” It is, however, notable that the post repeatedly states that the team shared their views with the SEC, but makes no explicit mention of whether the Commission agrees with their “workable theory” or not.

The US Securities and Exchange Commission has, over the years, riled up many within and near the crypto community with its stance on crypto with one Congressman even likening it to a “shakedown authority.” In its efforts, the SEC has been guided by both the aforementioned Framework, and the now-infamous DAO Report.

When evaluating whether a digital asset constitutes a security or not, the SEC uses the so-called Howey test which measures four key parameters: if something is an investment of money, if it is an investment in a common enterprise, if the investment is made with an expectation of profit, and if the profit is to be earned from the efforts of others.

This approach has led to numerous SEC complaints with many of them specifically targeting initial coin offerings (ICOs). Perhaps the most famous one is the SEC vs. Ripple which is still ongoing and recently saw the sued company score some important wins in court.

Despite the Commission’s approach already generating some controversy, its Chair Gary Gensler looks poised to do even more to regulate the crypto market. Recently, he came under fire from more lawmakers after commenting that post-merge Ethereum is a security—along with any other token that utilizes staking.

Do you think the SEC will, in reality, agree that certain cryptos can morph away from being securities? Let us know in the comments below.