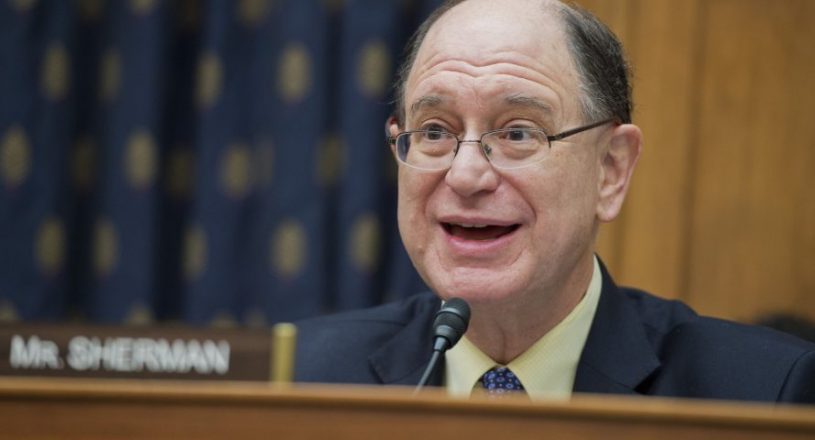 US Congressman Calls For Ban on Cryptocurrencies, Says Their Sole Aim is to Hinder “the United States and the Rule of Law”

A video dated May 9th 2019 features United States Congressman Brad Sherman (D-CA) discussing the introduction of a bill which would ban all cryptocurrency purchases for American citizens. Rep. Sherman claims those who advocate for cryptocurrency solely seek to disempower the United States government.

Representative Brad Sherman is a Democrat who currently represents California’s 30th congressional district. He has been serving in the US House of Representatives since 1997.

Now, he has called on his congressional colleagues to ban all cryptocurrency purchases.

“I look for colleagues to join me in introducing a bill to outlaw cryptocurrency purchases by Americans so we nip this in the bud, partly because an awful lot of our international power comes from the fact that the dollar is the standard unit of international finance and transactions. Clearing through the New York Fed is critical for major oil and other transactions.”

Sherman believes cryptocurrency advocates have the primary aim of reducing the power of the US government.

“It is the announced purpose of the supporters of cryptocurrency to take that power away from us, to put us in the position where the most significant sanctions we have on Iran, for example, would become irrelevant.”

He went so far as to claim cryptocurrency’s sole mission as disrupting the rule of law in the US.

“So whether it is to disempower our foreign policy, our tax collection enforcement, or our traditional law enforcement, the purposes of cryptocurrency, the advantage it has over sovereign currency, is solely to aid in the disempowerment of the United States and the rule of law.”

Cryptocurrency’s Mixed Reception in US Congress

Not everyone has the same perspective as Rep. Sherman.

Rep. Warren Davidson (R-OH) has repeatedly explained how cryptocurrencies will “foster innovation” in the US, so long as the government holds a ‘light touch’ regulatory approach.

He recently introduced the Token Taxonomy Act of 2019. The bipartisan bill defines a new asset class— a digital token— which is excluded from any securities requirements and features numerous tax exemptions.

Individual states have responded to the regulatory ambiguity by drafting their own legislation as well.

Several bills have been passed in Wyoming, allowing for the integration of blockchain technology and traditional banking and multiple exemptions for digital assets.

The Rise of the Security Token Industry Explained

The financial industry has responded to the situation as well.

As result, the Security Token Offering (STO) has emerged.

Through security tokens, assets such as equity, real estate, investment funds, and fine art have been compliantly tokenized.

What do you think of Rep. Sherman’s call for a ban on cryptocurrency in the United States? How will the digital asset regulatory situation in the US evolve? We’d like to know what you think in the comments section below.