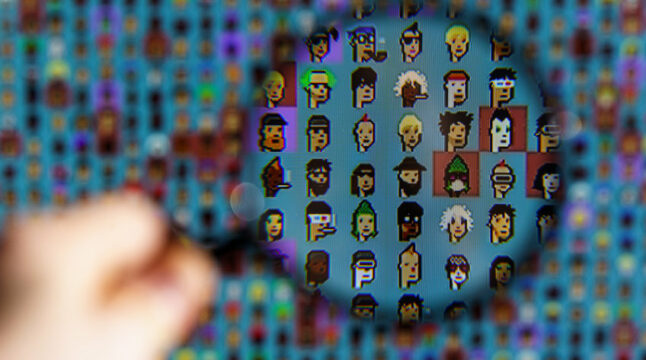 The market for non-fungible tokens (NFTs) took the world by storm last year. NFT sales volume skyrocketed from just $94.9 million in 2020 to around $25 billion in 2021, a growth of over 260-fold. In this mania, OpenSea emerged as the dominant player, accounting for most of the activity.

However, a closer look at the market reveals that other participants have also been successful at keeping a steady growth rate. Magic Eden is one such platform. Developed by a team of only four devs, Magic Eden has evolved to be the top decentralized app (DApp) on Solana.

In November 2021, we reported that the leading NFT marketplace OpenSea holds 97% of the NFT market share. At the time, we also noted that since OpenSea is entirely centralized, it violates two of crypto’s fundamental laws: The Law of Fluid Power and The Law of Fluid Wealth.

The Law of Fluid Power boasts an environment where power is perfectly fluid and is distributed to contributors according to their value to the community. It is what differentiates crypto platforms from traditional financial systems, which are governed by a single and centralized entity.

Similarly, The Law of Fluid Wealth boasts a system where wealth is fluid, and those who are consistently creating value are rewarded the most. In other words, the crypto world is dubious of rent-seeking entities who are expecting rewards without providing continuous value and effort.

OpenSea violates both of these laws. Therefore, the emergence of a rival platform with adherence to these values could radically undermine its dominance—which is arguably what we are seeing with LooksRare.

LooksRare, which describes itself as “the community-first NFT marketplace,” has tried to adopt an incentive model where 100% of its trading fees are redistributed proportionally to LOOKS stakers. It also rewards users for buying and selling NFTs.

As per data by Dune Analytics, LooksRare has exceeded $16.4 billion in trading volume since its official launch on January 10. During the same span of time, OpenSea has recorded over $6 billion in volume.

Magic Eden, an NFT trading Dapp built on Solana, has proven to be a worthy rival to Open Sea too. According to DappRadar, Magic Eden is the dominant NFT marketplace on Solana and ranks third among all NFT markets.

At the time of writing, Magic Eden has a 24-hour volume of around $27 million, compared to OpenSea’s $100 million. While its daily volume is approximately one-fourth of OpenSea, the Dapp was built by only four developers whereas OpenSea employs more than 90 employees.

Moreover, Magic Eden is the second marketplace after OpenSea in terms of the number of users. The platform had around 37,000 users interacting with its smart contracts in the last 24 hours, compared to OpenSea’s 43,200 users, which is quite remarkable.

However, last December, Magic Eden managed to surpass OpenSea in terms of daily transactions. As per a report by OurNetwork, an on-chain analysis firm, Magic Eden seems to cater to an audience that favours lower-cost NFTs and higher velocity trading. It said:

“While Magic Eden’s monthly users are half of OpenSea’s, daily transactions are 2-3x higher; Magic Eden users transact ~6 times per day, on average, versus ~2 times per day on OpenSea.”

Update (15th February 2022): Magic Eden’s team has since expanded and is currently around 50 in number at the time of writing.

Do you think OpenSea needs to adopt a decentralized governance model? Let us know in the comments below.