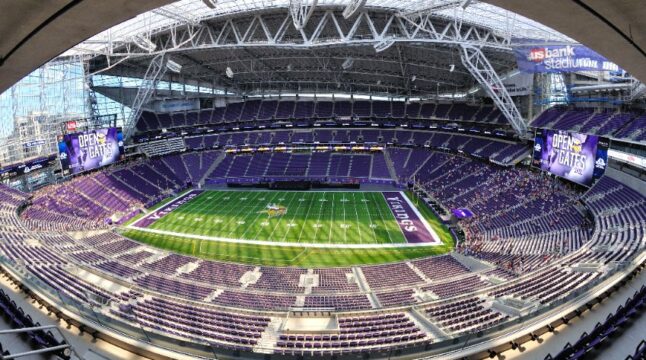 NFT ticketing itself is still not in the cards for Ticketmaster yet.

After the $2.5 billion merger between Ticketmaster and Live Nation in 2010, the new Live Nation Entertainment became the world’s largest ticket/event marketplace. As a subsidiary music promoter, Live Nation explained that event organizers will be able to tap into the Flow blockchain to mint NFTs at any time, before, during, or after events.

After-event mints could then serve as NFL memorabilia. Likewise, they could be used as “proof-of-attendance”, which is valuable in forging one’s credibility for social networking. Event organizers could also issue NFTs as a filtering tool to meet celebrities.

During this year, Ticketmaster and Dapper Labs have been running a pilot program to see how Flow blockchain performs. For instance, at this year’s Super Bowl LVI, Ticketmaster issued NFT memorabilia to ticket holders. Overall, Dapper reported that more than 5 million Flow NFTs were minted in the last six months.

The cooperation has allowed Ticketmaster to have its own wallet and NFT marketplace. According to Mickey Maher, Dapper’s VP of partnerships, ticket holders will access them within their Ticketmaster accounts. To be eligible to claim future NFTs, users will have to buy their tickets from Ticketmaster, SeatGeek, StubHub, or from the league’s ticket office.

Will NFT Ticketing Become a Thing?

As non-fungible smart contracts tied to people’s unique ID/accounts, NFTs are exceedingly flexible. As such, they can be used as anti-counterfeiting tickets. For example, after May’s fiasco with UEFA Champion’s League tickets, even the French government recommended using blockchain for ticketing.

The same could be accomplished for predatory secondary ticket sales. However, that NFT functionality doesn’t appear to be the main driver for Ticketmaster. During Live Nation’s quarterly earnings report in May, CEO Michael Rapino noted they already have that covered thanks to Ticketmaster’s highly centralized marketplace.

“Knowing who sits on that seat, who is actually coming to the venue, having a communication directly with them, having a verified ticket, being able to trade that ticket, putting rules on that ticket. We currently do that now.”

Instead, Ticketmaster will focus on memorabilia and proof-of-attendance value, as social proofing one’s engagement. However, one could easily see a scenario in which NFT ticketing becomes useful if the event organizer enables multiple third-party sellers outside Ticketmaster.

Dapper’s Maher seems to have reached the same conclusion, pointing out that much will depend on future partnerships and incoming use-case data.

“I think one could make an argument that that’s where the world is going, but I’d like to see how some of these partnerships and activations materialize, and that I think will drive the direction of ticketing on the blockchain,”

Due to the current bear market, that time will likely come much later, as showcased by Meta’s poor NFT rollout timing.

At the time, NFL was still experimenting by releasing the collection on Ethereum’s scalability sidechain, Polygon. However, earlier in September, NFL already partnered with Dapper Labs to launch its own NFT marketplace on Flow (FLOW) blockchain. This was just at the time when Dapper Labs closed a milestone $250 million funding round, having raised its valuation to $7.6 billion.

The Canadian blockchain start-up has since reigned the NFT chart sales. Dapper Labs’ NBA Top Shot is its most successful project, accounting for over $1 billion in all-time sales. Since then, they added NFL ALL DAY and UFC Strike collections, while soccer-focused LaLiga is still underway.

Why Are Major Leagues and Companies Embracing Flow Blockchain?

As a proof-of-stake blockchain, Flow has a 4-tiered architecture in which the transaction validation process is broken down into collection, consensus, execution, and verification. Each validator node can specialize in each role, significantly increasing the network throughput up to 10,000 tps.

Moreover, Flow uses its own Cadence programming language for smart contracts, purportedly easier to master and audit the code. Combined with a shared execution environment, this makes Flow an enterprise-grade blockchain, ready for mass NFT adoption.

To make it happen, Dapper Labs even partnered with Google’s cloud service to run its nodes. This way, Flow-based NFT marketplaces can operate with minimum latency. Furthermore, Dapper Labs already has full Visa/Mastercard payment integration, making it easy to access their NFT marketplaces as any online store.

Have you made a profit from trading sports NFTs? Let us know in the comments below.