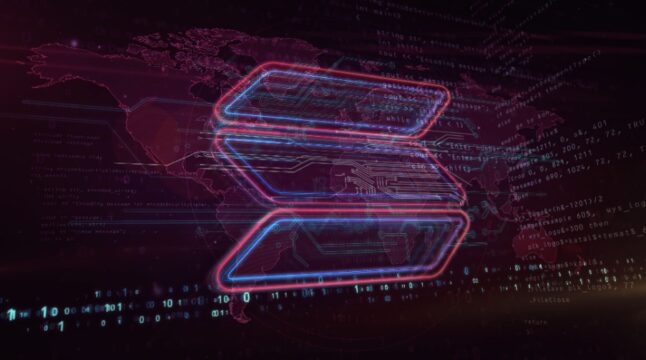 Solana-based DeFi protocol Solend has been exploited for $1.26 million.

Solend, a decentralized finance (DeFi) lending protocol powered by Solana, has been exploited for $1.26 million following an oracle attack that resulted in bad debt, according to the blockchain security firm PeckShield. Solend acknowledged the attack, saying it three of its lending pools were targeted.

“An oracle attack on USDH affecting the Stable, Coin98, and Kamino isolated pools was detected, resulting in $1.26M in bad debt.”

Solend froze the three targeted pools after the attack and said other lending pools remained unharmed. The protocol added it informed crypto exchanges about the attack and provided the perpetrator’s address.

Solend is a DeFi protocol used for lending and borrowing on Solana blockchain. The protocol allows users to lend their assets to earn interest and use their deposits as collateral.

Hackers have been increasingly targeting lending protocols where they can inflate the prices of crypto assets while borrowing other assets without repaying the borrowed funds. As a result, the protocol is left with a bad debt, which is unlikely to be repaid.

In this case, the exploit took place after the attacker took advantage of a flaw in Solend’s price-data oracle, used for tracking crypto prices. A similar attack occurred in July 2022, when another Solana-based protocol, Nirvana, was exploited for $3.5 million.

The attacks on DeFi protocols have been on the rise since 2021 and that trend has remained strong this year as well. Because of this, global regulators including the EU have been shifting their focus toward DeFi, proposing new policies to protect consumers.

Protocols operating on Solana have been particularly popular among hackers. The blockchain has been facing fierce headwinds in 2022, including multiple network outages.

The surge in the number of DeFi exploits is one of the reasons behind the market downturn as investors’ confidence in the stability of crypto assets has been shaken. However, the main driver of the current bear run remains the current macroeconomic environment involving 4-decade high inflation and aggressive interest rate hikes.

What do you think could improve the security of DeFi protocols in terms of regulatory changes? Let us know in the comments below.