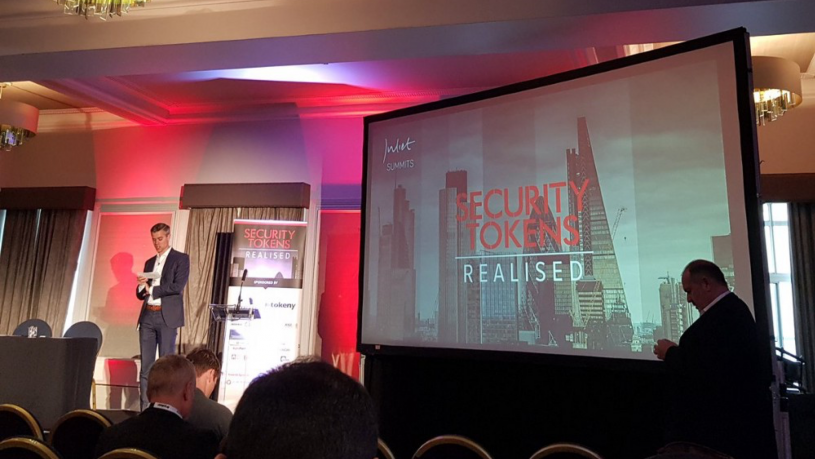 In late January 2019, security token industry thought leaders and market participants met in London for the Security Tokens Realised (STR) Event. Jochem Gerritsen from SecurityToken.it provided some insight into the event’s atmosphere. He also identified a potential challenge that the industry has yet to overcome.

One noticeable difference that STR featured was its lack of similarity to traditional cryptocurrency conferences. The latter tend to feature massive amounts of booths with representatives who are begging to get five minutes of your time to promote their ICO. The STR didn’t feature many crypto conference-type booths, however. People were approachable, and the sales attitude was generally absent.

As opposed to individuals there to support their own project, people seemed to attend STR to promote the security token industry itself. London’s financial district was close by, which perhaps explains why the STR audience seemed more mature. A large portion of the crowd had backgrounds in traditional finance. All of them tended to see the bright future of security tokens. The majority of presentations featured at least one slide like the one below, which illustrates the enormous potential that tokenized securities can bring to traditional finance.

Discussions featured the many ways security tokens can bring liquidity to the current illiquid assets seen in the capital markets industry. Emphasized benefits of security tokens included disintermediation, reduction of overhead, 24/7/365 markets, etc. But again, most who understand finance, easily understand how these benefits can lead to significant disruption to the current model of traditional finance. Despite the significant potential, the industry still has hurdles which have yet to be overcome in the path to successful implementation.

The security token industry is undoubtedly in a very early stage of its current development. Yet despite this, a rapid amount of progress has been made. Two SEC-regulated security token trading platforms are now live and fully functional in the United States— tZERO and OpenFinance Network. Tokenization has reached real estate, fine art, investment funds, REITs, and equity.

Even professional sports teams have expressed interest in tokenizing fractional ownership. Still, of all the blockchain-focused VC funds that Gerritsen talked to, none had yet to invest in an STO. One of the reasons, says Gerritsen, portrays a potential problem for the entire security token industry. The issue revolves around investor proximity to the company being invested in:

“…we do not just need educated investors, but also interested investors. As Keiretsu Capital’s founder Matthew le Merle said: ‘Capital is local’. Specifically for equity raises, investors want to see the company they are investing in. So although the crypto world is global, and the idea of liquidity for STOs also comes from a borderless point of view, security token projects that are looking to raise funds, will always find it easier to contact investors close by. People you can talk to (and convince) face-to-face. And perhaps this is a challenge that many security token issuers have yet to realize.”

What do you think about the insights provided about the Security Tokens Realised event? Is investor proximity a legitimate challenge for the security token industry? What other challenges remain to be solved? Let us know what you think in the comments section below.