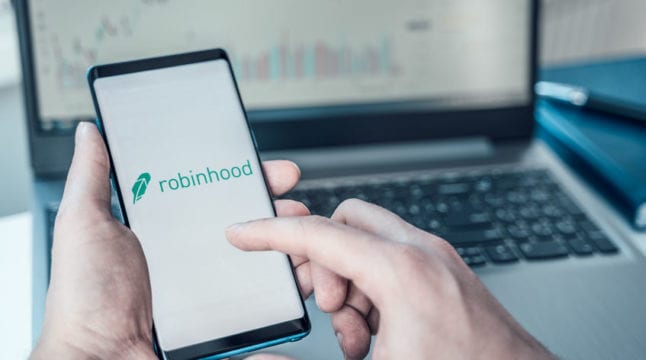 Robinhood, the pioneer of commission-free trading, is now considered by some as 'the best at being the worst'.

In a repeat of history, Robinhood’s crypto trading went down in the morning hours on April 16th. Whenever there is a spike in market activity, it seems that a safe bet would be to place it on Robinhood’s failure. The problem is, retail traders are betting for the platform to be stable and reliable at all times.

Much like the world of cryptocurrencies and stocks, Robinhood’s short history is full of ups and downs. When it first launched its zero-fee trading app at the end of 2014, it was broadly hailed as an industry disruptor. Lofty monikers such as “pioneer” and “democratizing” were generously lavished on Robinhood’s mission to make trading affordable and user-friendly.

And for good reason, by 2019 pretty much all competing trading platforms had to offer the same deal – commission-free trading. Unfortunately, Robinhood’s well-deserved reputation became a victim of its own success, as it increased its user pool by 25,00% in just six years.

This surge in popularity caused the first cracks to appear – repeated outages disrupting the trades of tens of thousands when they needed to make them the most. In the aftermath, Robinhood tried to compensate the lost earnings with free monthly subscriptions and a case-by-case settlement approach. However, technical ineptitude in handling massive trading volume surges is one thing, but shady dealings is another issue altogether.

To be clear, the Robinhood-Citadel relationship is more complicated given the latter’s position as a market maker close behind NASDAQ and NYSE in terms of stock trading volume. After all, $359 million worth of GME shares failed-to-deliver (FTD) due to phantom and duplicated shares, which is why other trading apps like TD Ameritrade also restricted GME and AMC stocks.

Nonetheless, one cannot think of a more suspicious series of events and conflict of interest when the bulk of Robinhood’s traders engage in a short squeeze against its main source of income – Citadel Securities hedge fund. The same one that buys Robinhood’s order flows, while also having a sordid history of deceit and abuse.

Although Robinhood added cryptocurrencies to its trading portfolio all the way back in 2018, only recently has this type of trading experienced a surge in activity. This makes sense given Bitcoin’s record-breaking bullrun that lifts all other altcoins as well.

What doesn’t make sense is to once again not be prepared to take in the trading volume and cripple people’s trades.

From the perspective of a user, it cannot be overstated how important it is for a brokerage to have the ability to handle a surge in trading volume. The entire endeavor of trading – crypto or stock – relies on swift market entries and exits. Otherwise, one’s ability to buy the dip and sell into rallies is cut off at the knees. One has to wonder what’s the point of having the app installed if you can’t take advantage of rare market shifts?

The most recent one appears to be Dogecoin’s (DOGE) astronomic pump. Dogecoin just so happens to be a favorite of Elon Musk. No doubt, its astronomic rise would have caused many to start selling this memetic altcoin with its infinite inflation.

Such a 132% price spike within a single day provides an excellent opportunity for those who are trying to sell into the rally, if Robinhood allows it. Although Robinhood’s PR team is on the case, it appears that thousands of trades have been halted.

Reminder, in March of 2020, Robinhood made the following promise:

Performing its basic function doesn’t seem to have panned out at the most critical juncture, which results in an understandably critical reaction from users.

Can Another Short Squeeze Even Happen on Robinhood?

While GameStop stole the headlines with its global short squeeze in the battle against certain hedge funds, not many realize it also forestalled AMC’s bankruptcy. AMC Entertainment Holdings Inc. was one of the beneficiary stocks that basked in the GME’s short squeeze as it spread out.

According to a recent YouTube interview with AMC’s CEO, Adam Aron, the lockdown-beleaguered company is suffering a renewed short-seller assault. He noted that the short sales went up by about 50% in March, accounting for 73.8 million shares. After his announcement on Thursday which clarified that he doesn’t plan to issue 500 million of the new shares to be authorized, AMC went up nearly 10%.

AMC’s CEO lauded the WSB Reddit investors for their part in countering the established market practice of short-selling a company, i.e., betting it would fail. While AMC ran out of money and was close to bankruptcy at least 5 times during 2020, Aron seems to be optimistic.

“There are strategies we have that are very good for AMC, to come out of this pandemic, to rebuild this company,” Aron noted. “But not only get back to where we were, I’d like to keep going. And I’d like to grow this company even more so.”

However, at this point, retail traders might be asking whether or not Robinhood is the right platform to potentially help the company grow. Robinhood’s track record of failing—when one needs it most—doesn’t inspire much confidence.

Which trading apps are your top Robinhood alternatives? Let us know in the comments below.