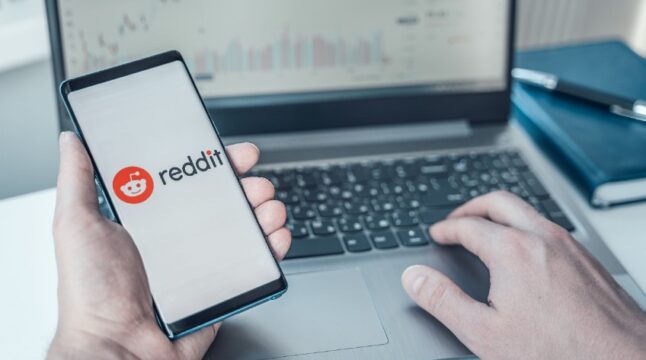 Reddit’s digital collectibles have provoked an unprecedented surge of activity in the NFT sector despite the bear market. The cumulative trade volume of all Reddit NFT collections has surpassed the $8.6 million mark, challenging blue-chip NFT collections like Bored Ape Yacht Club.

On July 7, Reddit launched its Polygon-based NFT marketplace, allowing users to purchase blockchain-based profile pictures based on the social network’s logo, Snoo. “Collectible avatars are backed by blockchain technology, giving purchasers rights (a license) to use the art – on and off Reddit,” the company said in the announcement.

Users can manage and store the digital collectibles on their Vault, Reddit’s own blockchain wallet. Unlike other companies foraying into NFT, Reddit did not mandate users to purchase NFTs with digital assets. Instead, it allowed users to pay using credit or debit cards. Furthermore, the NFTs have a fixed listing price pegged at $9.99, $24.99, $49.99, $74.99, and $99.99.

Notably, the Reddit digital collectibles are created by independent artists, with the total number of NFTs going for sale in this early-access phase being in the “tens of thousands,” Reddit said. The avatars were initially available to members of the r/CollectibleAvatars invite-only subreddit.

Last week, a Reddit executive revealed that users have created over 3 million Polygon wallets for them. While speaking on a Techcrunch Disrupt panel, Reddit’s chief product officer Pali Bhat said 2.5 million of those wallets were created to purchase NFT avatars.

On October 20, Reddit launched its second series of NFTs called Spooky Season. According to data by OpenSea, Spooky Season saw its highest trading volume of $1.8 million on Monday. Moreover, the cumulative trade volume of all collections within Spooky Season has exceeded $3.7 million over the past week.

The cumulative sale of all Reddit NFTs has exceeded $8.6 million, according to a Dune Analytics dashboard. As per the dashboard, there are currently 2,865,728 collectible holders, 2,840,786 single collectible avatars, and 2,953,002 avatars.

The increasing interest in Reddit NFTs has also created a surge in demand for Polygon NFTs. More specifically, OpenSea Polygon volume reached an all-time high of around $3 million on Monday.

The meteoric rise of Reddit collectible is nothing short of extraordinary considering the overall sour market conditions. According to Coinbase, part of that success is attributed to the fact that Reddit “makes it a direct participant.”

In a Wednesday blog post, Coinbase said this is in contrast to Facebook, Instagram, and Twitter’s approaches, which primarily focus on “showing off” NFTs purchased from marketplaces and adding your favorite as a profile picture.

“Reddit’s strategy also focuses on its community by granting additional features to NFT owners and supporting creators — many of the artists behind the designs for the avatars were found directly on popular subreddits, like r/Comics and r/AdobeIllustrator. The company is also airdropping free NFTs to some of the most active users on the platform.”

Coinbase also noted that Polygon played a key role in the success of Reddit NFTs. Polygon is a layer-2 blockchain compatible with Ethereum, which allows users to transact more quickly and cheaply, thereby addressing two major barriers to crypto adoption.

Do you think Reddit NFTs will be able to compete with blue-chip collections like BAYC in the long run? Let us know in the comments below.

Coinbase NFT Halts Drops to Focus on “Features and Tools”