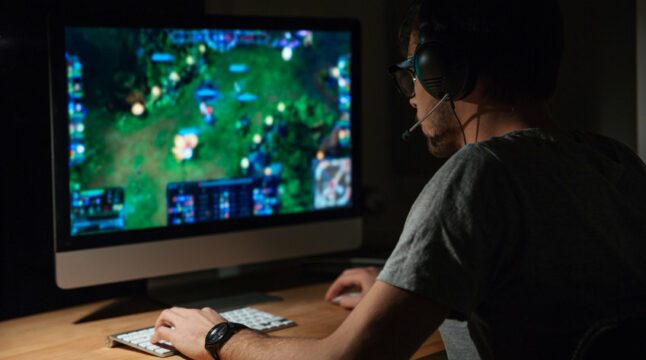 Play-2-earn is booming, with guilds offering everyone the opportunity to get into games with no investment.

Crypto networks are blossoming into full-fledged economies, which is well evident in the booming NFT gaming sector. Games like Axie Infinity have revolutionized the way people play. Such games not only allow players to enjoy their playtime, but also enable them to earn a living.

To be able to earn money by playing Axie Infinity, users would need to first invest and acquire at least 3 characters. Depending on the market, each character can cost around $200 at the lowest price levels.

However, courtesy of play-2-earn guilds, users can access such games with no investment.

The rise of Axie Infinity

SLPs are awarded to the winner of the battles. These tokens can be cashed out using a number of prominent crypto exchanges, or used in the game to breed new Axies. Users can earn AXS by taking part in seasonal tournaments or selling their characters. AXS, which is also the governance token for Axie, can also be cashed out.

Axie Infinity has grown rapidly in popularity lately. The game had 30,000 daily active users in April, which spiked to over 1 million by August. Furthermore, Axie’s revenue was a humble $1.92 million in January, which jumped to over $120 million by July, representing a growth of over 6,000%.

In addition, the game generated a staggering $343 million in revenue fees in the month of August, up by over 50% on a month-over-month basis.

What are Play-2-Earn Guilds

To play Axie Infinity, users first need to purchase at least 3 characters (Axies). The price of Axies depends on their features and varies a lot. As of now, the cheapest Axie in the marketplace is sold for $189.

However, considering that the majority of Axie players are from developing countries, the prices are quite expensive and out of reach for most players. That’s where play-2-earn guilds come in.

Guilds have formalized the method of lending in-game assets in the form of NFTs. These communities pair people who want to make money playing Axie Infinity with the NFTs (characters) they need for starting the game.

This can basically be seen as a win-win situation. The lender will receive a percentage of the player’s earnings, while the player gets what they need for playing the game. Since their inception in 2020, guilds have proved to be quite profitable, even attracting bulk sums of money.

VCs are Investing in Play-2-Earn Guilds

Just recently, Crypto Gaming United, a startup aiming to build a global community of NFTs with a focus on play-2-earn gamers, raised $5 million in a seed funding round. The fundraising round also saw two prominent Australian investment managers participating.

Sergei Sergienko, CEO at Chrono.tech who also led the fundraising round, said:

“The opportunity for wealth creation in the NFT space is no longer limited to those with the means, such as sports celebrities. At Crypto Gaming United, we are overcoming the cost barrier required for admission to play, thereby allowing players to generate income through their gaming exploits.”

Before this, Zebedee, a custodial Bitcoin wallet, raised $11.5 million in Series A funding to improve its software and infrastructure to empower in-game micropayments via Bitcoin’s Lightning Network. Further, during July, Yield Guild Games raised $12.5 million via an initial DEX offering (IDO) in less than a minute.

Axie Infinity: A Source of Income

When the pandemic hit the global economy, those living in developing countries were affected the most. With harsh lockdowns and restricted movement, people in poorer countries who were largely dependent on their daily income to support their families started to look for other alternatives.

In the Philippines, particularly in Cabanatuan City north of Manila, people have turned to playing Axie Infinity as a means of earning money. A mini-documentary, released by crypto consulting firm Emfarsis and gaming company Yield Guild Games, frames how Axie helps Philippians earn a living.

One gamer in the documentary, named Art Art, said:

“At first I’m not convinced that this game is actually earning by playing, but I tried it. Due to the pandemic, we have no means of earning money. That’s why it spread here in Cabanatuan City.”

Vincent Gallarte, an IT analyst, is another Philippian who turned to Axie Infinity after he lost his job. “I started playing Axie the same day my employer terminated my contract,” he said. “I’m so grateful.”

Gallarte says he earned over $700 in the first two weeks of playing the game, three times more than what he could have made with his former job.

However, play-2-earn games are not always fun. Some games require long hours of continuous work to level up characters or pass a specific level, which would easily drive away people who have limited free hours from getting in.

What do you think the future holds for play-2-earn games? Let us know in the comments below.