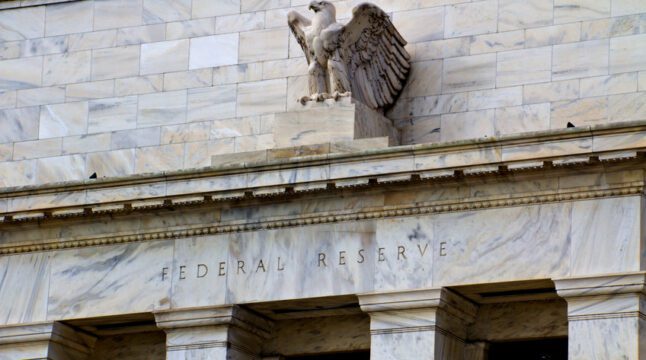 With public opinion of the Fed at a low, two Fed presidents have jeprodized it further after it was revealed they had traded the same assets the Fed was purchasing.

Trades by two top Fed officials have piqued some progressive groups to ask for the tightening of Fed ethics rules. While Jerome Powell did not explicitly discuss a ban on trading in stocks by Fed officials, he did agree that central bank policymakers should not hold the same assets that the regulatory body is purchasing.

Powell Says Fed Ethics Rules Should be Looked at

On Wednesday, Federal Reserve Chair Jerome Powell vowed that the Fed would reinforce its ethics rules. This came after it was revealed that the Dallas Fed President, Robert Kaplan, and Boston Fed President, Eric Rosengren, were found to have traded the same assets that the regulatory body was purchasing.

Some progressive groups have asked the two Fed presidents to resign while Sen. Elizabeth Warren has urged a ban on trading by Fed officials. Meanwhile, Powell, who claimed he wasn’t aware of the trades, said some modifications are necessary.

Powell said the current ethics framework “served us well, but it is now clearly seen as not adequate to the task of really sustaining the public’s trust in us. We need to make changes, and we’re going to do that as a consequence of this.” He added:

Powell did not address a call made by Senator Warren, who asked for a complete ban on trading by central bank policymakers. However, Powell acknowledged that Fed officials should not trade the same assets the institution is acquiring.

Further, Powell pointed out that he personally has invested in municipal bonds in the past, adding that it was considered safe since no one would have anticipated the Fed to buy municipal securities. Powell said he checked with the Office of Government Ethics regarding his own engagement with municipal bonds, which assured him that he did not have a conflict.

Nevertheless, considering the Fed has been losing trust among Americans since the pandemic hit, this can only cast a shadow over the government body. As per a recent poll by Axios, 53% of Americans say they don’t trust the Fed, 38% say the Fed has done a “good” or “excellent” job, while a majority of 58% say the Fed is doing a “fair” or “poor” job.

In a press conference on Wednesday, Fed Chair Jerome Powell said that economic activity and employment continue to improve, which is why the Fed might start reducing its monthly bond purchases as soon as November. The Federal Reserve also signaled that interest rate increases may happen more quickly than expected.

Powell asserted that if job growth through September is “reasonably strong,” then downsizing of the regulatory body’s $120 billion in monthly bond purchases could start after the November 2 policy meeting. However, he emphasized that “it wouldn’t take a knockout or super-strong employment report” to start the tapering, which is expected to end around mid-2022.

On the matter of interest rates, the hiking process is expected to proceed slowly. Matthew Luzzetti, the chief US economist at Deutsche Bank, commented on the pace of rate hikes in a note, saying:

“What is clear is that inflation is likely to be the determining factor for liftoff and the pace of rate hikes. If inflation is at or below the Fed’s current forecast next year of 2.3% core PCE, liftoff is likely to come in 2023, consistent with our view. However, if inflation proves to be higher with inflation expectations continuing to rise, the first rate increase could well migrate into 2022.”

It is worth noting that as the Fed starts raising rates, there is the possibility of a marketwide sell-off. However, if the Fed manages to prevent a market sell-off as it starts tapering, the risk of a major market reaction to rate hikes would considerably decrease.

Further, looking at history, when the Fed started raising rates back in 1945, the Dow Jones Industrial Average fell by only 0.2% in the first six months. The Dow then gained an average of 2.5% over the course of a year after the first rate hike.

This means that while stock prices and the crypto market may already be stagnating, there is not much to fear. There are some levels of optimism that a more communicative Fed could considerably lower a major market surprise.

How do you think the markets would react to the tapering and interest rate hikes? Let us know in the comments below.