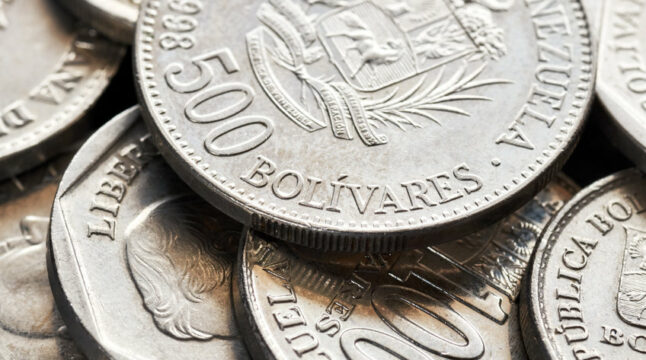 Venezuela's "national cryptocurrency" Petro is entirely centralized and has never been proven to be backed by the country's natural resources as claimed.

Venezuela’s President Nicolas Maduro has announced that the country’s minimum wage would now be pegged to the value of half a Petro (PTR), the country’s national “cryptocurrency.” Notably, Petro is entirely centralized and is supposedly backed by a portion of Venezuela’s massive oil reserves. However, its backing has never been officially verified.

“You proposed to set the workers’ basic minimum wage to half a petro, approved!” Maduro reportedly said during a televised speech. “And that pushes all salary tables upwards,” adding that they have been saving tax revenue for months to finance this increase.

Maduro noted that the minimum wage across the private sector is already higher, pledging to find a “sustainable” way to resume increasing salaries. He also claimed that he has discussed with Vice President Delcy Rodriguez to execute the raise as soon as this month.

Henkel Garcia, director of the local financial firm Econometrica, believes the Venezuelan government has the resources to finance the raise but worries about hyperinflation. He said:

“I think it’s something the government can afford. But if they go back to financing salaries with money printing, the ghost of hyperinflation is likely to come back.”

Petro “Cryptocurrency” has a Controversial Past and Barely Works

Created by the government of Nicolas Maduro in 2018, the Petro has been launched on a government-permissioned blockchain, which is based on a version of the DASH blockchain. Since the digital asset runs on a blockchain, and each transaction is linked to the previous one, some dare to call it a cryptocurrency.

However, it is completely centralized—i.e., one can’t access it without government permission. Furthermore, unlike almost all cryptocurrencies, the coin’s code is not public, and there is only one block explorer and one official wallet.

To buy some Petro, a user would need to go to the official website and buy it in exchange for other cryptocurrencies like Bitcoin or Ethereum. Notably, the purchase should be approved by the government, which also sets the rate. Considering all these attributes, some have argued that Petro is more of a CBDC than a cryptocurrency.

Officials initially claimed that the Petro would be backed by Venezuela’s oil, natural gas, and mineral reserves, helping the country raise capital by leveraging its natural resources. However, critics have been questioning the viability of such claims.

Moreover, many international observers argue that the primary goal of the Petro was to provide Venezuela with a way to circumvent U.S.-led sanctions, which prevented the country from borrowing funds in global markets. Arguably, this pushed President Donald Trump to ban all Venezuelan government-issued cryptocurrency in the U.S.

Venezuela’s years-long financial crisis largely started after the enactment of price controls in the 2010s and was further exacerbated with the policy of withholding US dollars from importers under the government of Nicolás Maduro Vene.

On June 2, 2010, Chavez, who was blaming the country’s “bourgeoisie” for the economic woes, declared an “economic war” in an effort to rein in inflation. At the time, Chavez argued that the government was not able to lower inflation because private company price increases outran his adjustments in the minimum wage.

Since the Venezuelan economy is based primarily on the production and exploitation of petroleum, the country’s financial crisis intensified as a result of low oil prices in early 2015. The country was also plagued with a lack of maintenance and investment, which resulted in a drop in Venezuela’s oil production.

Nevertheless, Venezuela’s economy eventually found some stability in 2021 after Maduro’s decision to dollarize the economy, ease restrictions on the private sector, and cut the fiscal deficit by keeping pay for government workers in check.

Do you think the Petro would be able to keep its dollar peg? Let us know in the comments below.