Carry trading is one of the most popular trading strategies. Find out whether this high-risk, high-reward strategy is right for you. 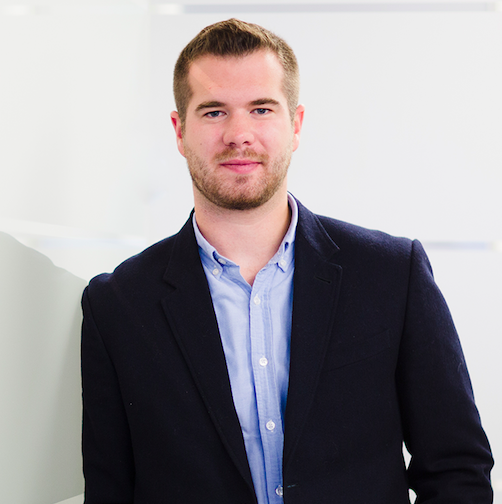 Do you ever wish you could buy money?

Wait… buying money doesn’t make any sense at all. At a certain point, you’re just trading your dollar bill for your friend’s bill—right? 🤔

But in the world of forex, where money can mean a lot more things than just the crinkled bill in your pocket, buying money isn’t such a crazy idea. Many forex investors have discovered the advantages of borrowing a currency with a low interest rate, and then using it to purchase a bond in a currency with a high interest rate.

This is called carry trading—and it’s one of the most popular trading strategies in forex. It’s a straightforward strategy with the potential for high gains. But of course, this strategy is still susceptible to currency fluctuations after major news or world events, like the April Syrian missile strikes in Israel.

What is a Carry Trade? 💱

Once you’ve started trading forex, it’s natural to find the best trading strategy for you. Carry trading is very popular, though there are many other trading strategies you can use when playing the forex market.

Basically, carry trading lets you use a high-yielding currency to fund a trade with a low-yielding currency. You might borrow money from a currency with low interest rates, and then use that to invest in high-yield bonds. This allows the trader to profit from the difference between the rates of the low-yield and high-yield currencies.

Now, we just said “yield” a lot—but don’t worry, carry trading is simple! Have you ever heard the phrase “buy low, sell high”? This is basically that. Except instead of buying a single currency at its lowest point and then waiting until it hits a high point, you’re working with two different currencies with two different yields.

Carry trading can net you big profits, but it can also be susceptible to changes in the marketplace. For example, May 2021 brought the third straight session of Treasury yield slips—this would mean investors in the dollar could be losing trades.

💡 Helpful tip: The best option for carry trading, as well as most other types of forex trading is going through the top forex brokers on the market.

When to Buy In, and When to Get Out 📅

That’s all great—but when should you actually get into your carry trade? If central banks are raising interest rates, or even just talking about raising interest rates, that can be a great time to enter the trade. This causes a lot of people to start carry trading, which increases a currency pair’s value. For example, in May 2021, Janet Yellen of the New York Times suggested that interest rates may need to rise as the economy recovers.

Carry trades work best when the market is fairly stable—this is when the difference in interest rates of your currencies will pay out reliably. Once the exchange rate starts shifting, your profit margin is up in the air.

Interest rate reductions don’t give big gains to carry traders: this often causes currency values to shift and the demand for a currency to decrease. It’s harder to sell off the currency once this happens. Emerging market economies are increasingly reliant on this foreign debt.

What is the Yen Carry Trade? 💹

One of the most popular carry trades is the Yen carry trade—this is because the JPY has extremely low interest rates on loans. Large traders will borrow Yen at these very low interest rates, and then convert them to dollars. These dollars are then used to invest in Treasuries that provide a much higher yield than the interest charged on the borrowed Yen.

Traders then accrue big profits, because they are receiving interest on their U.S.-based assets. They can make even larger profits if the dollar rises against the Yen, or if the U.S. Treasuries rise in price.

Leveraging your trades can help you get even higher profits. Leveraging forex basically means you invest a small amount of money, but control a larger amount of capital. If you leverage 100:1, a 1% rise in the dollar over the yen (in the above example) will double the value of your investment.

Leverage is always a tricky thing—it can magnify your gains, but it can also magnify your losses. It’s often recommended to leverage at 2:1, 3:1, or 10:1, especially if you have smaller amounts of capital – you don’t want your down payment to get completely obliterated by a small fluctuation in a high leverage ratio!

First, the trader will borrow yen and convert it into dollars. Let’s say that the rate is 110 yen for every one U.S. dollar, and the trader borrows 25 million yen. We want to calculate how many U.S. dollars they will have after they convert the funds.

Next, the trader will invest in a U.S. security with a 4.5% interest rate. After a year invested at this rate, the money will be worth:

So, we’ve seen profits over the course of the year. But, it’s time to pay back the yen loan! Don’t forget that loan had a 0.5% interest rate.

Now, we want to know how much that is in U.S. dollars. Let’s say the exchange rate stayed the same over the year – the ideal conditions for carry trading.

The trader’s profit will be the difference between the ending balance and the amount owed. You can calculate that:

You can see that if the dollar increased in value while the yen stayed the same, the profits would be even greater. But if the yen gets stronger and the dollar stays the same, the trader will earn a smaller profit, or even lose money on the trade. In April, carry traders surprised by unexpected dollar strength had to cut short positions and protect returns.

Advantages and Risks of Carry Trading 💡

Carry trading often carries high leverage. This can mean that traders make serious profits—but with higher reward comes higher risk. It can be dangerous for folks with lower risk tolerance or less experience to manage the risk. Below we’ll lay out the pros and cons of carry trading so you can decide if it’s right for you.

Carry trading can bring you high earnings because it combines your trading gains with interest earnings in your asset currency. Leveraging these trades also increases your gains: your interest received will be on the full leveraged amount, rather than the initial capital you invested.

Carry trading is very dependent on the exchange rate between the currencies. If the exchange rate moves against you, it can deplete your profits or even lose you money. For example, when U.S. treasury bonds declined in the first quarter of 2021, upending many investment strategies.

Transactions in carry trading are often done with very high leverage. This means that even a small fluctuation in the trade rates could lose you a lot of money. It’s vital to hedge your risks appropriately.

Carry trading is popular, but it is most often used by more serious, sophisticated traders and institutions. It’s important to be careful with this strategy—the risks will ultimately depend on the trader’s ability, although there is always some risk even if the trader does everything right.

How Carry Trading Impacts the Economy 🌎

Carry trading might be done by individuals and institutions, but it has a global impact on economies and markets. Traders borrow their funding currencies from low-interest markets, and invest in assets in higher-yielding currencies.

High-yielding currencies usually continue to appreciate. This means they are flooded with capital by carry traders. But at some point, this capital will flow out as quickly as it came in, whether it’s due to inflation or central bank missteps. This creates a return pattern like a sawtooth, where capital is frequently rushing in and out of certain markets.

Individual carry traders have made massive gains by making bets based on global events. In 1991, the investor George Soros famously bet against the British pound. Britain joined the European Exchange Rate Mechanism (ERM), and therefore promised to keep the pound within a certain range in relation to the German mark. In order to keep that promise, Britain had to raise interest rates continuously. Soros realized the pound was overvalued against the mark, and bet against it.

Soros reportedly made a $1.5 billion short position against the pound in 1992. When the British government realized they would have to pay out tons of money to defend the pound and German officials publicly stated they might be able to realign with the ERM later that year, Soros increased his bet to $10 billion.

Finally, the British government abandoned the ERM, and the pound fell 15% the next day against the German mark, and 25% against the US dollar. Soros earned an estimated $1 billion.

You’ve made it to the end of this guide—congratulations! Remember, carry trading can be a very popular strategy, but it’s not advised for beginning traders. It works best for those with high-risk tolerance who have the experience to manage the increased risk that leverage always brings.

It takes money to make money—and in carry trading, you get to choose what kind of money that is. If you’ve learned how to manage risk and aren’t afraid of a little uncertainty, you’re now ready to dive right in!

LinkedIn Email
Tim Fries is the cofounder of The Tokenist. He has a B. Sc. in Mechanical Engineering from the University of Michigan, and an MBA from the University of Chicago Booth School of Business. Tim served as a Senior Associate on the investment team at RW Baird's US Private Equity division, and is also the co-founder of Protective Technologies Capital, an investment firm specializing in sensing, protection and control solutions.
[thrive_leads id=“462”]